The World of Asphalt show kicked off on Tuesday in Indianapolis, with people from all over the country in town for the convention. 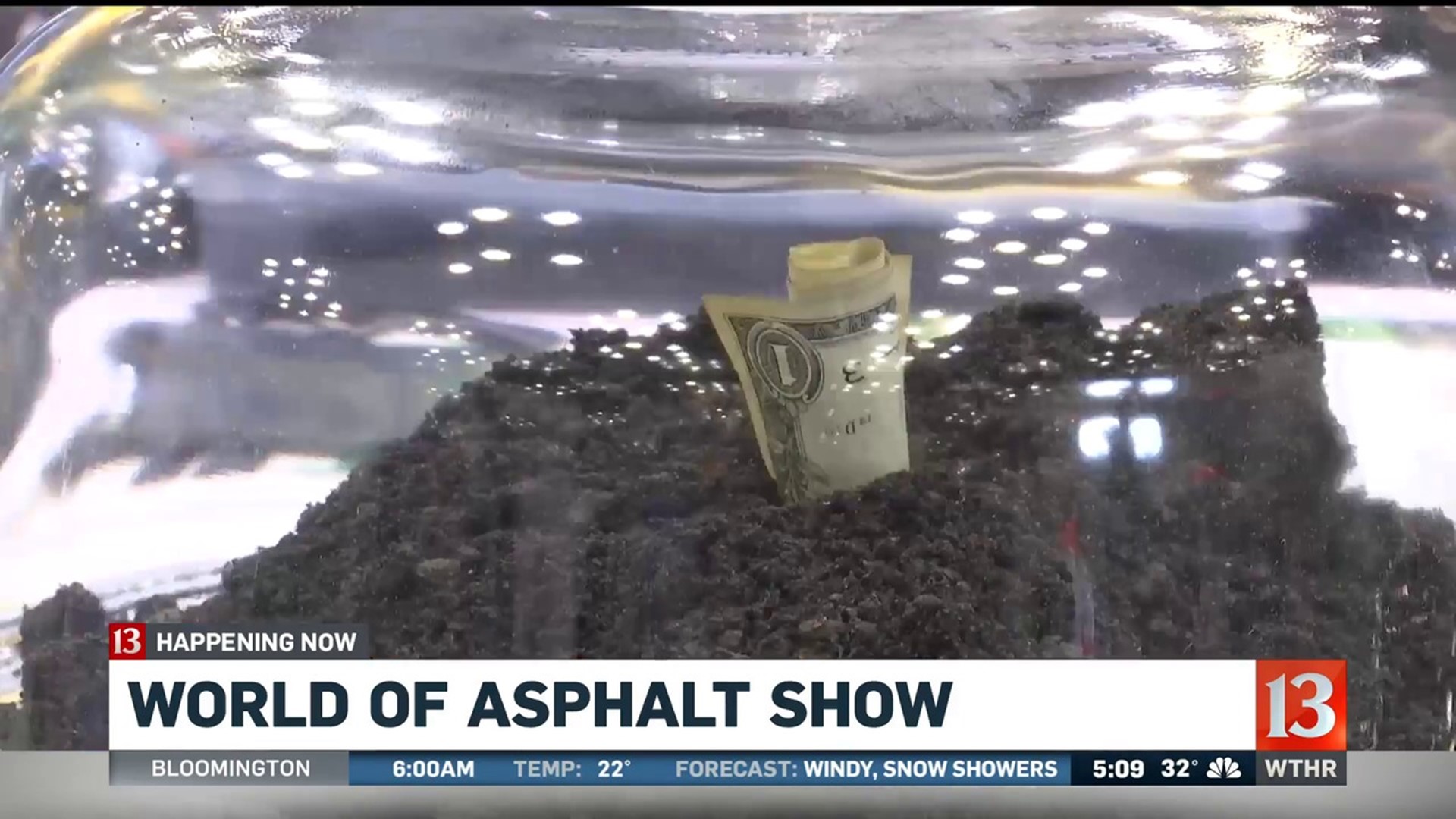 INDIANAPOLIS (WTHR) - The World of Asphalt show kicked off on Tuesday in Indianapolis, with people from all over the country in town for the convention.

This is the first time the show has been in Indianapolis and it couldn't have come at a better (or maybe worse) time.

There are thousands of potholes in Indianapolis as the winter battle between freeze and thaw rages on.

While crews work around the clock to fill the gaps, we asked the experts if there may be a permanent fix in the future.

"There are technologies available to make pavements last longer and be more pothole-resistant," said Kevin Kelly, president and CEO of Walsh and Kelly, Griffith, Indiana. He is also the show's chairman.

"It costs money and governmental agencies and other agencies need to be willing to pay additional up-front costs, but the pavements will last longer," Kelly said.

He says a permanent fix may be possible, but it's pricey. Something that helps is new technology, which includes equipment, as well as the mixture they pour in the ground.

Chris Botner's company, Unique Paving Materials, makes what they call "The Good Stuff," which he says could be the solution.

"When it gets into a pothole, you can see how it almost crawls a little bit and settles," said Botner, a sales representative. "And when you come back and tamp it, roll over it with a tire, you're going to get this hard surface. A lot of times, they just look at the bottom line, at the pennies, and they don't see the dollar signs that go out with the road crews four and five times."

Turin says they're focusing on recruiting young talent to help with development.

"Now it takes computers, people with real computer savvy," said Turin. "The technicians that are working on these engines, the people running these rollers, all have got to know how to run computers."

As central Indiana prepares for another round of freezing, thawing and more potholes, at least we know we're not alone.

The show continues through Thursday. You can find out more by clicking here.