It comes after the county's public health director called a surge in local hepatitis C cases "an epidemic." 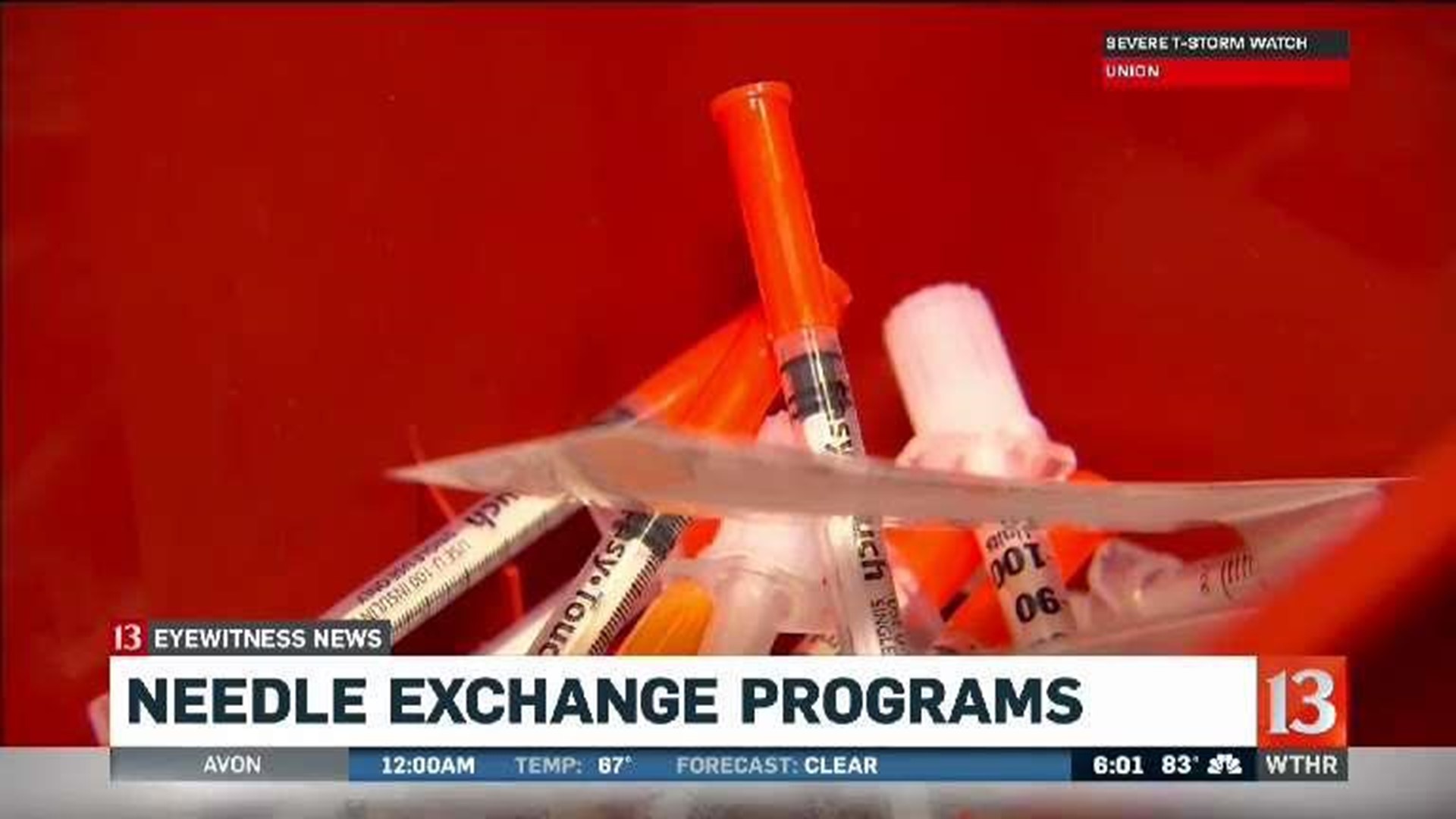 BLOOMINGTON, Ind. (WTHR) – There was a hearing Tuesday on a proposal for a needle-exchange program in Marion County.

It comes after the county's public health director called a surge in local hepatitis C cases "an epidemic," calling the program the best way to stop it.

Eyewitness News went to Monroe County to see how their program works.

Tiffany Purtlebaugh credits the Indiana Recovery Alliance with saving her life. IRA is a non-profit serving active and former drugs users. It's one of seven sites in Indiana with a syringe exchange program.

"I would be dead right now if the IRA wasn't here or dying of hepatitis C or HIV," she said. "And I have two children and I'm all they have."

Purtlebaugh, 27, said she began using drugs at 16 and became hooked on heroin. She said she initially went to the Indiana Recovery Alliance to get clean needles.

"It all starts with using drugs safer, then that gets the ball rolling," she said. "You're encouraged to use less drugs, then maybe go into recovery. That's what happened to me."

Chris Abert, IRA director, said the program is all about preventing spread of infectious diseases, primarily hepatitis C and HIV. He knows such programs have been controversial especially in Indiana. Before being asked, he addresses an argument often raised by opponents, that needle exchange programs "enable" drug users.

He said that includes doing much more than exchanging new needles for used ones.

"Everything from a real human connection to HIV and hepatitis C testing and preventing endocarditis. We're literally stopping what we're doing and taking people and walking them to the hospital and getting them treatment when they wouldn't otherwise," Abert said.

The program had 2,400 participants last year.

The program involves a lot of outreach, going to the places where the drug users are. Abert said while hard data on outcomes takes time, “even if we stop one case of HIV, that's $400,000 savings over a lifetime. If we stop one case of hepatitis C, that's $90,000 in treatment costs saved."

"It's not all about the needles, it's about the support you get when you come here,” said Purtlebaugh. Sometimes you come in and it might be the only smiling face you see."

She said that's what led her to seek treatment and begin volunteering at IRA. Two years later, she says she's drug-free and ready to start nursing school.

"I just want to give back to the community because I know the opioid epidemic has affected a lot of my friends and family," she said.

Abert said the program, including his part-time salary, is funded entirely through grants and donations.

"There is no allocated government funding. The state of Indiana does not buy syringes," he said.

"I think it's been successful,” said Penny Caudill, administrator of the Monroe County health department. Success is defined in many ways, but for me it's the fact they're able to connect with those at-risk and provide education through a community partnership."

She said includes reducing the participants risk of disease by "not sharing equipment and needles" which keeps those individuals and the community safer.