Nearly 16 months after the pandemic struck, many entertainment venues are preparing to open their doors. 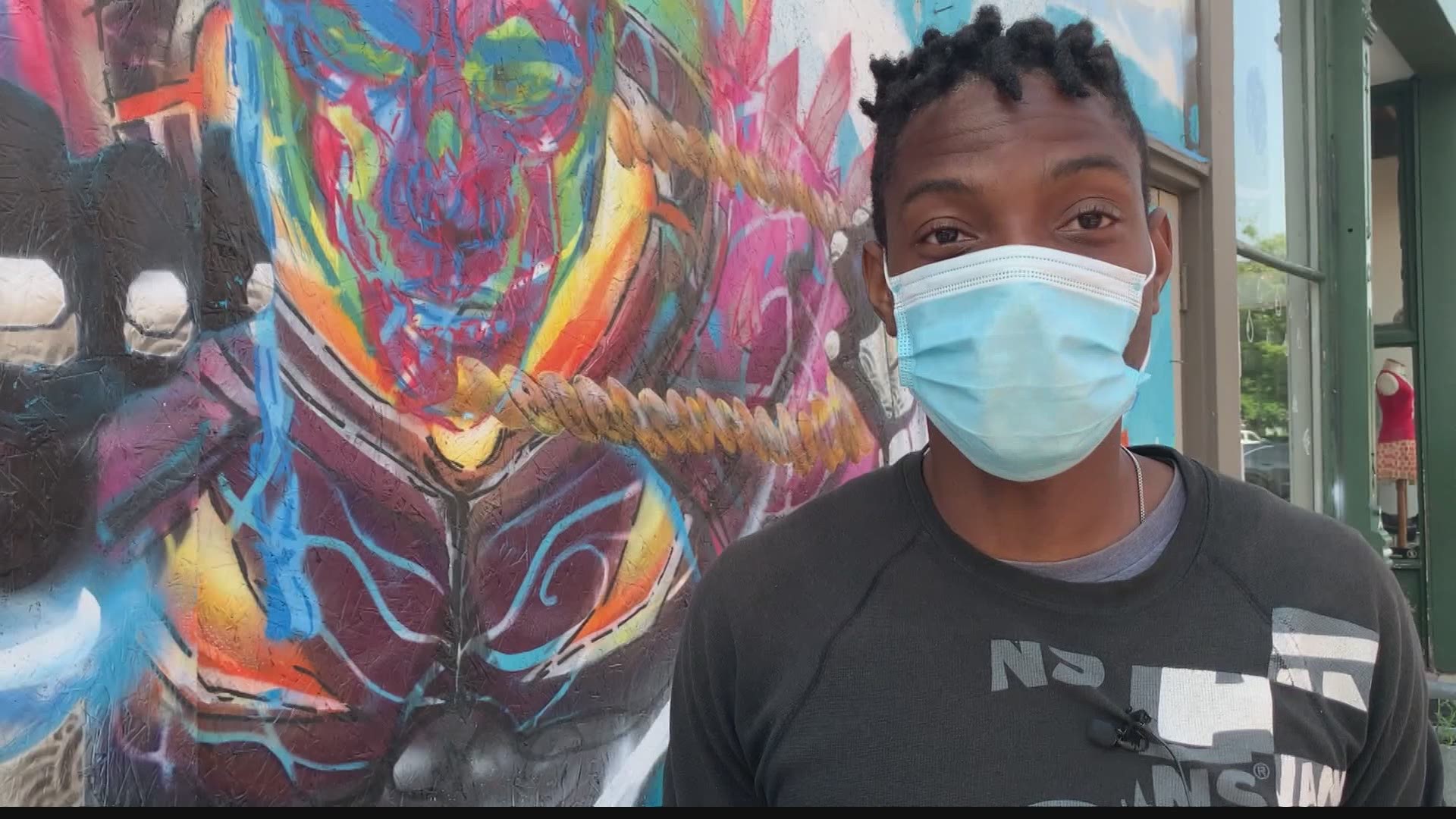 INDIANAPOLIS — It may seem like everything's back to normal, but the reality is it's far from it, especially for some live music and arts venues.

Nearly 16 months after the pandemic struck, some are just now getting ready to open their doors.

That includes the Chatterbox Jazz Club on Massachusetts Avenue. It closed March 16, 2020 and has remained closed ever since. Owner David Andrichik said given how small the bar is, capacity limits imposed and social distancing rules, it was impossible to open without losing money.

Until Wednesday, his business was the last on Mass Ave. still boarded up. That's when Andrickick pulled out the ladder and began carefully removing the mural that's covered the front of his bar for more than a year .

"It feels great," he said. "We can let the daylight in so we can begin the cleanup and then open for jazz."

Ezi Underwood, the artist who painted the mural, was on hand to take possession of the piece.

"I'm super excited to see it come down because that means we're ready to start over and ready to put in full swing," Underwood said. "It's nice to say 'things happened and now we can move forward.'"

"I'm so happy you're reopening," one woman said. "This is an anchor and I've really missed it."

Andrichik said he to once again showcase live music by month's end, initially he'll start with shorter hours and close on Sundays.

The new KanKan Cinema and Brasserie just northeast of downtown is also getting ready to open for the very first time.

The grand opening set for March 16 was canceled the day before because of the pandemic.

"We've been waiting for this but not sitting idle," Louise Henderson said.

Henderson said they were able to offer several virtual and outdoor events. Plans now call for opening both the restaurants and theaters Aug. 18. She said they chose to wait to "make sure all the restrictions were relaxed enough to open fully to the public."

It also gives them time to recruit, hire and train new staff.

The Cabaret also pivoted to live streaming and virtual shows during its shutdown. The first in-person performance is set for Aug. 13 at the downtown venue.

The Cabaret also debuts a new outdoor performance space this weekend. It's called the Alley and will feature local musicians performing live each Friday thru July with limited Friday shows also planned for August and September.