Not only did Ashanti Beene find all the personal items taken in a carjacking, she now has some of the suspect's belongings. 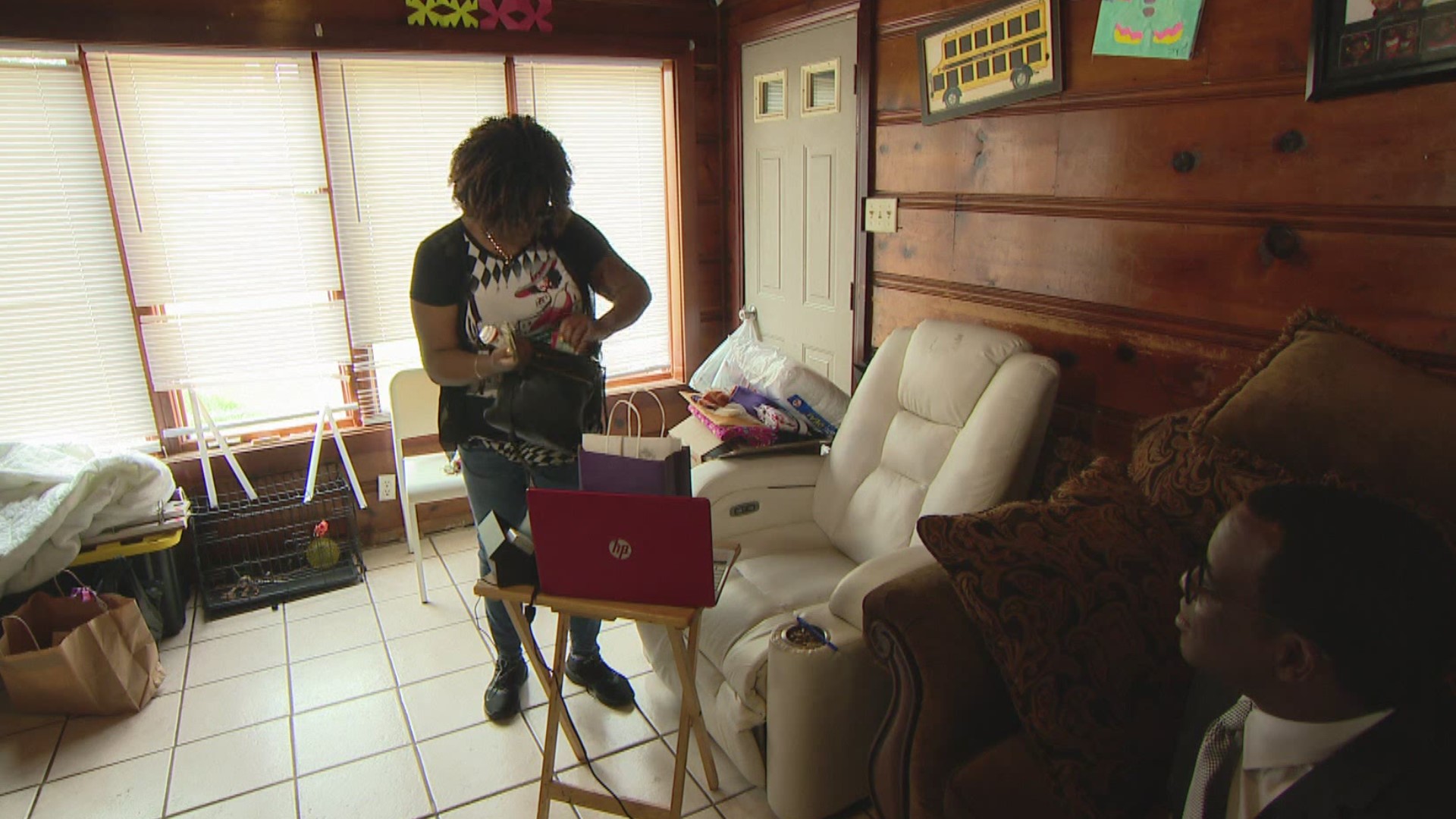 INDIANAPOLIS — A plea on social media paid off huge for a carjacking victim. She is months away from retiring as a soldier to take up sewing full time.

Social media helped turn the tables on who ended up with whose personal belongings. In less than 24 hours, the case turned in favor of the victim who had her truck stolen from a north Indianapolis parking lot.

She has a long list of items she's been reunited with, something she stressed police told her almost never happens.

The song "Reunited," with the lyrics "...and it feels so good," never meant more to Ashanti Beene.

She showed 13News many of the items she lost during a carjacking involving her favorite vehicle.

"He left my money, my medicine, all these debit cards were sitting right here," Beene said.

Beene described herself as "blessed" for being reunited with her personal belongings. She cried and lost a lot of sleep thinking she would never see some of her things again, especially cash inside her favorite purse that was in the stolen SUV.

"My military ID, driver's license, I got it all back," Beene said.

All those items were taken with her 1999 Mitsubishi. It's an SUV she purchased when she entered the U.S. Army about 20 years ago with full active duty assignments In Fort Jackson, South Carolina; Fort Lee, Virginia; Fort Hood, Texas; Fort Carson, Colorado; Fort Knox, Kentucky; and Camp Atterbury, Indiana.

They have been through a lot together, including driving to many other military bases across the country for her assignments as a soldier. She even had it in paid storage during her longer tours of duty, like the three she did in Iraq.

Beene loved the vehicle so much that despite hail damage and body damage, she replaced the engine when it went bad.

The carjacking situation all started as Beene left her sewing business near 44th Street and North Keystone Avenue in Indianapolis. It's where she not only makes custom clothing for clients, but also where she is setting up a special sewing room for her plans to teach young people how to sew.

But, as fate would have it, in broad daylight, a man took off in her SUV, leaving her helpless and desperate.

"I don't know where he came from," Beene said.

Defense kicked in for the U.S. soldier who has served three tours in Iraq. She ran to the car of a man nearby and jumped in the passenger seat. After somehow convincing the driver she was not crazy, they started following her stolen SUV.

"We followed it up 46th Street, and he jumped through that traffic and lost us," Beene said.

The Army soldier also had to convince metro officers who responded that she was not suffering from a mental health issue. After properly identifying Beene, officers took the report, gave her an incident report number and explained all officers would be on the lookout for her 1999 Mitsubishi.

But, Beene wanted even more help and gave fellow Facebook users what to look for that would easily identify her SUV.

"The babyface logo, that was what I was telling people to look for," Beene said. "I got veteran plates, and my truck says 'Mitsubishi,' but the 'u' and the 'b' fell off."

A Facebook friend shared Beene's post and shortly after midnight, she got a message from a woman living in a gated apartment complex. She explained that Beene's SUV was parked outside her apartment building. Another resident explained that the SUV had been running all day and that he was keeping an eye on it to see who it belonged to and why it appeared abandoned by the owner.

Beene recovered almost everything and as karma would have it, she also ended up with property belonging to the suspect.

"So he left me all of his personal items. He had hygiene stuff. Maybe he was planning on living here for a while," Beene said.

She already had his bicycle, which he left during the getaway. Beene learned from IMPD that they would not be able to retrieve fingerprints from the bicycle because the handlebars were wrapped with tape.

That's also when the soon-to-be-retired military soldier learned from that rarely in these cases do victims get reunited with money, identification, credit cards, jewelry, billfolds and all their keys.

"I am grateful for the blessing that I did receive my car back, and I will be glad to give him his personal things back," Beene said. "I believe God blessed me to get my things back because I help others. If he had asked me for money for food or something like that, I would have given it to him."

Tables turn for carjacking victim who is about to retire from the military to start teaching sewing to young people. @WTHRcom @IMPDnews @USNationalGuard @scoopjefferson pic.twitter.com/rDMPLU3ePL