Area 31 is a school with a specific direction, hands-on learning and real-world work experience. 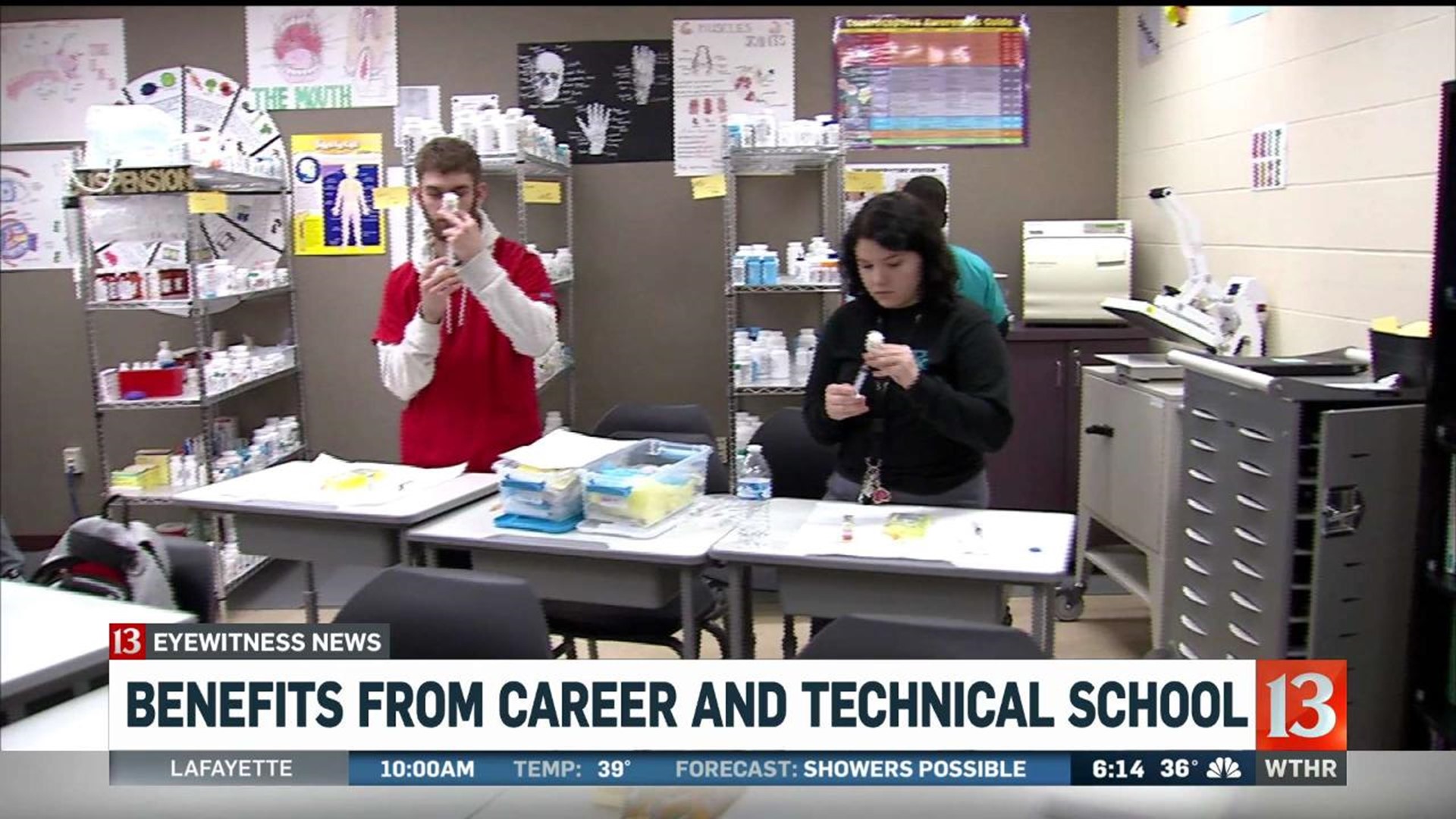 INDIANAPOLIS (WTHR) — Career and technical schools and classes are nothing new in the learning landscape, but the tried and true success of the system is paying off for high school students in central Indiana, especially at Ben Davis High School.

Area 31 offers an array of professional and technical skills for its students. (WTHR staff)

"We have programs ranging from aviation to health science to engineering, a number of different areas, and they're pathways that students can pursue as they decide whether they want to employ, enlist or enroll after high school graduation," Patrick Biggerstaff, the director of career and technical education for Area 31, said.

Students like Jericho Dunn, a Plainfield senior who's studying emergency medical services, drive up to 20 minutes or more from other area high schools in 11 different school districts to take career and technical classes. "It's a very demanding class, but the knowledge I have learned from it, it's surpassed any other class I've ever taken," Dunn told Eyewitness News.

He wants to be a trauma surgeon, and he plans to attend more emergency training courses at IUPUI in the fall after he graduates. He's certainly not the only student with big dreams. Students can earn associates degrees and even co-op at area businesses.

"It's an opportunity that you can't take for granted,” Mout-maine Moustapha, a senior at Ben Davis High School said. Moustapha has already been admitted to Indiana University in the fall and intends to study medicine to become a surgeon. He’s been working part-time in a local pharmacy, while he studies Pharmacy Tech at Area 31. It's hands-on training for him. For instance, in Pharmacy Tech, they're filling prescriptions. "The experience and the opportunity we're given...we're taking it very seriously,” Moustapha told WTHR's Ben Hill.

Fifteen hundred high school students are enrolled in the program each year, and there are more than 30 different courses.

Biggerstaff said many studies support career and technical education. He said studies show that students "are more successful in college, they graduate on time, require less remediation, and then they stay in the state of Indiana after they graduate." The classes prepare students for jobs needed now, like in computer repair courses, and in the future, with a new cybersecurity program set to launch this fall. Biggerstaff says colleges, employers and students are giving great feedback.

"I come in here, and I'm like 'wow,' it blows me away," senior Derek Keller, who wants to enter the workforce upon graduation from a technology firm in downtown Indianapolis said. "I'll be able to learn all the stuff that I really didn't know how to do, so it's been a great help." He hopes to eventually work in cybersecurity using his training from courses at Area 31.

Biggerstaff said it's growing so much that enrollment for the 2019-2020 school year is up by 250 students. And there are several career centers across Indiana, it's not just Area 31. Those interested in their program can check out their website here.