The beer battle just bubbled over in Indiana 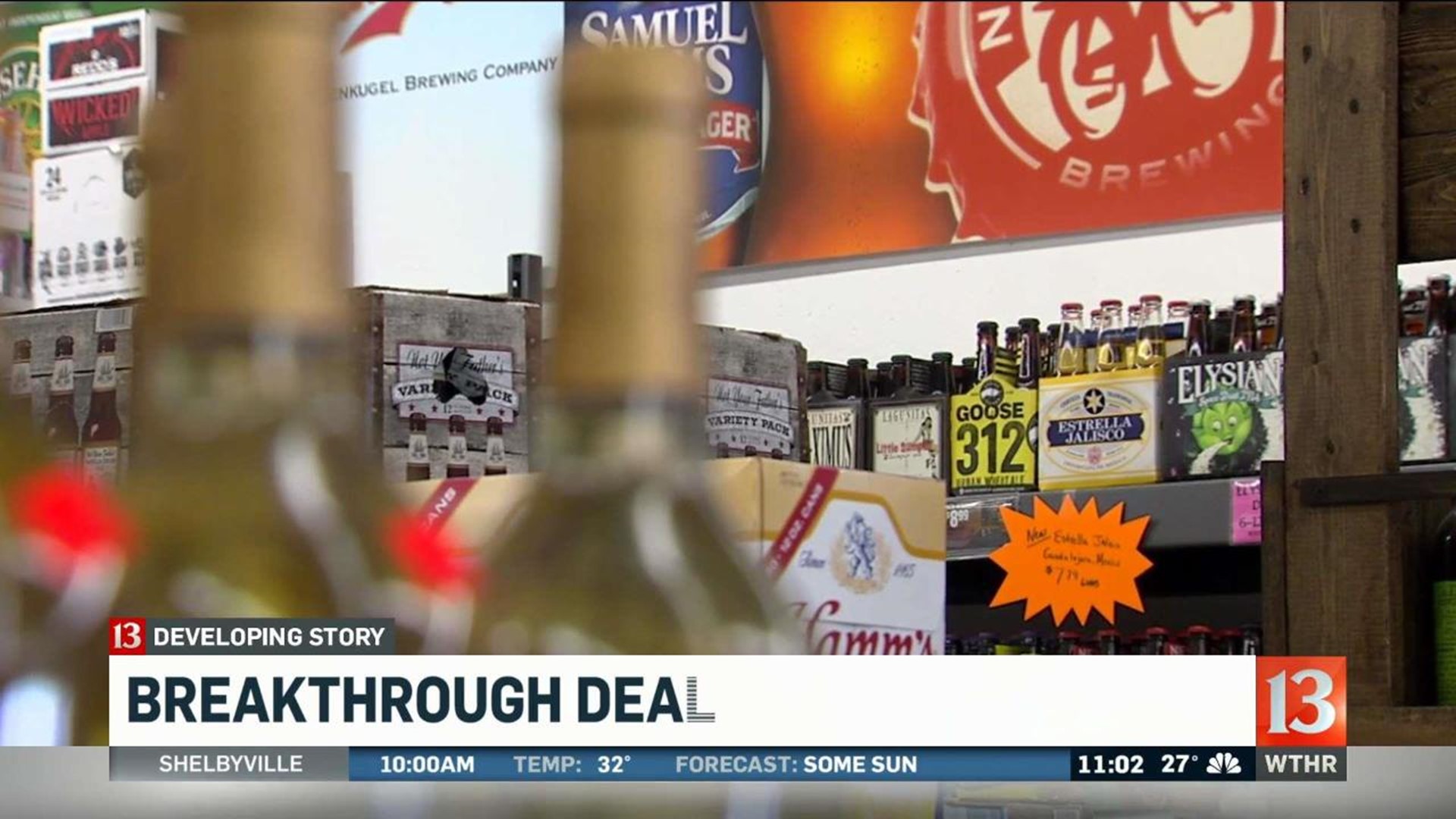 INDIANAPOLIS (WTHR) - Hoosiers are used to buying alcohol on Friday and Saturday nights since they can't get it Sunday.

Could it really be about to change?

The beer battle just bubbled over in Indiana. And once the foam clears, the way could be clear for Sunday alcohol sales here.

What happened? Well, something that could be the lobbying equivalent of Coors merging with Budweiser.

That has some businesspeople concerned.

"I was surprised," said Jay Ricker. “I knew the liquor lobby was trying to do some things behind the scenes but I didn't think they were in a big discussion with the big-box retailers."

The head of Rickers convenience stores has been fighting his own battles over alcohol sales.

The liquor stores' lobby is dropping opposition to Sunday alcohol sales, which big box stores have wanted for years.

The two sides also agree on something else and that is creating a problem. Both sides now oppose the sale of cold beer anywhere but in a liquor store.

That's a huge blow for convenience stores like Rickers and Speedway.

Ricker feels left out of the possible reforms. He says two new polls show Hoosiers want to buy cold beer at any place that has a license, like his stores, which currently can't sell it.

"We need to go into the 21st century and I think that this is just piecemeal and it's a back door, back room deal," Ricker said.

Outside the Walmart in Anderson, we found Kelly Ray and her family shopping for the weekend.

"Alcohol sales on Sunday? I think it would be nice. A lot of holidays fall on the weekends," Ray said.

"That don't matter we don't drink," said another customer. "No, I'd rather not see it. There's enough trouble without it being sold on Sundays."

"I think it needs to be done. Sunday alcohol sales are something that happens all the way around the state and I don't see anything wrong with it," said shopper Dennis Babb.

And there's this: Just because two groups lobbying the legislature come to an own agreement doesn't mean lawmakers will actually approve Sunday sales.