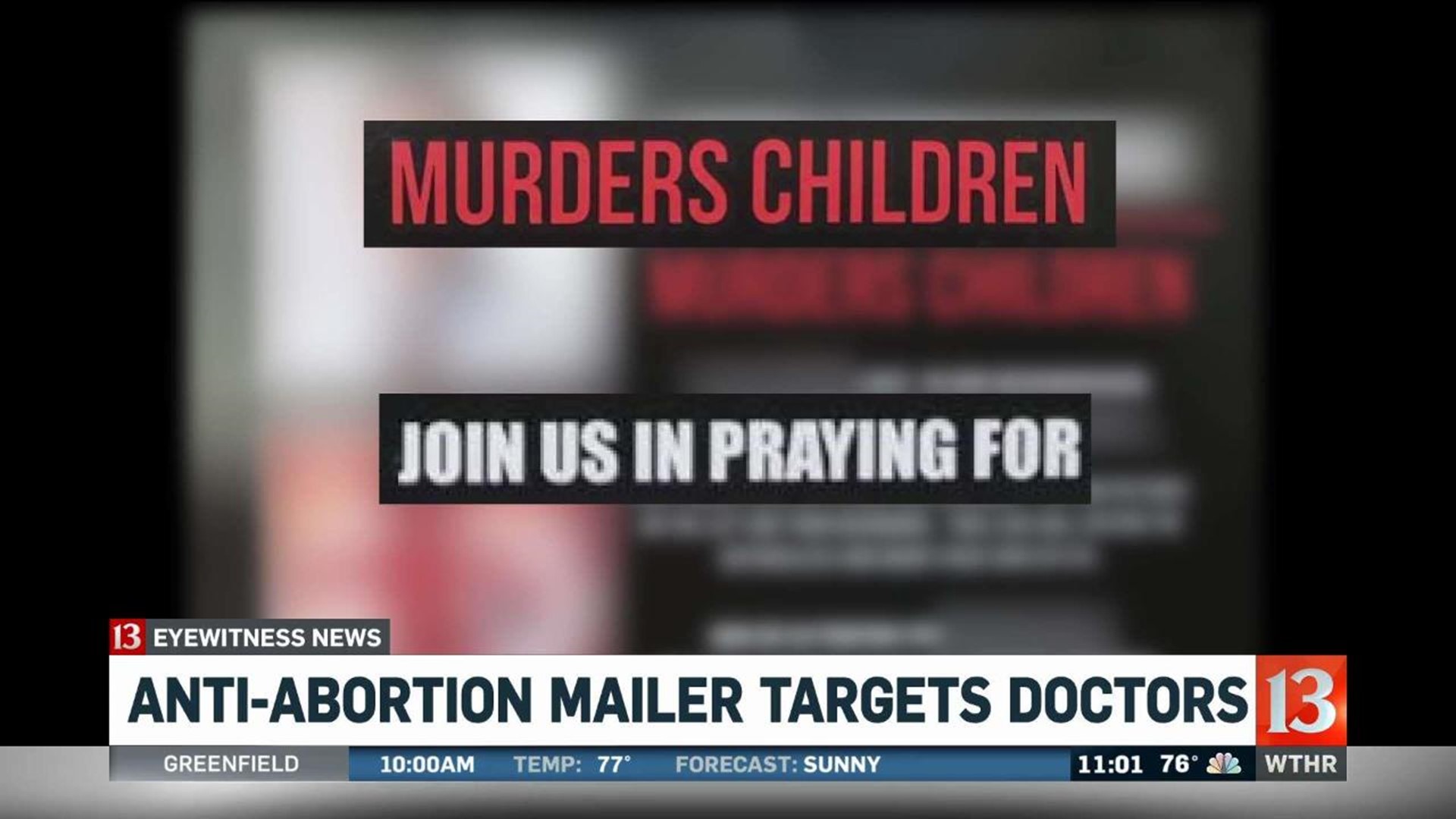 INDIANAPOLIS (WTHR) – Letter carriers delivered them - and the letters delivered a shock to some neighbors who opened them.

Lilia Judson, a northwest side homeowner said when she opened the mailer "I was angered and offended to think these people would invade my privacy and my neighborhood privacy."

Lindsay Miller, another homeowner, said, “I believe it's totally, totally uncalled for. Unfair and unethical."

They're talking about a mass mailing to addresses around 64th Street near Hoover Road sent out by the anti-abortion group Operation Save America. They're holding their national meeting in Indy this week, staging protests and mailing out cards.

The mailer names a local doctor, saying he "murders children," shows his picture and gives out his home address.

It calls on the community to "Join us in praying" for the doctor. "Tell him to repent of killing pre-born children," adding, "True love will defend the defenseless and warn those who do evil."

Christie Gillespie, president and CEO of Planned Parenthood of Indiana and Kentucky, told us, "We have seen these kind of tactics before."

Gillespie says, "It does cause us concern, but we have safety and security protocols that we have in place....These tactics in my view go well beyond the democratic process of protesting....It really violates your personal space."

We asked for answers from an Indianapolis pastor hosting Operation Save America supporters this week. He says the flyer is meant to be shocking, with a photo and address of the doctor and a picture of a red medical specimen.

Similar mailers were sent out targeting a female Indianapolis doctor.

REPORTER: “Do you worry that somebody reads the card, is shocked by the image and goes out to hurt the doctor? It gives his name and address."
PASTOR DERIN STIDD: "No, I'm not particularly concerned about that. [Sending these mailers] is something that is done often."

Nationally, though, shooters have tracked doctors who perform abortions to their homes and offices and have murdered them.

Around the doctor’s neighborhood, we found neighbors defending this doctor.

Lindsay Miller called him "an excellent doctor, and he's giving good and responsible care to women."

Lilia Judson agrees. "It's offensive that his personal life should be invaded by these people. This is a terrorizing tactic."

Those behind the mailings seem to welcome the controversy because it bring attention to the issue.

He added that participants signed a non-violence agreement.

Editor's Note: A photo depicting a protest from an organization unrelated to this story was originally used in this article. That photo was removed. We regret the error.