Plenty of families are filling their carts this weekend to get ready for Christmas, but Saturday was extra special for some shoppers on the south side who were also honoring a fallen Southport officer. 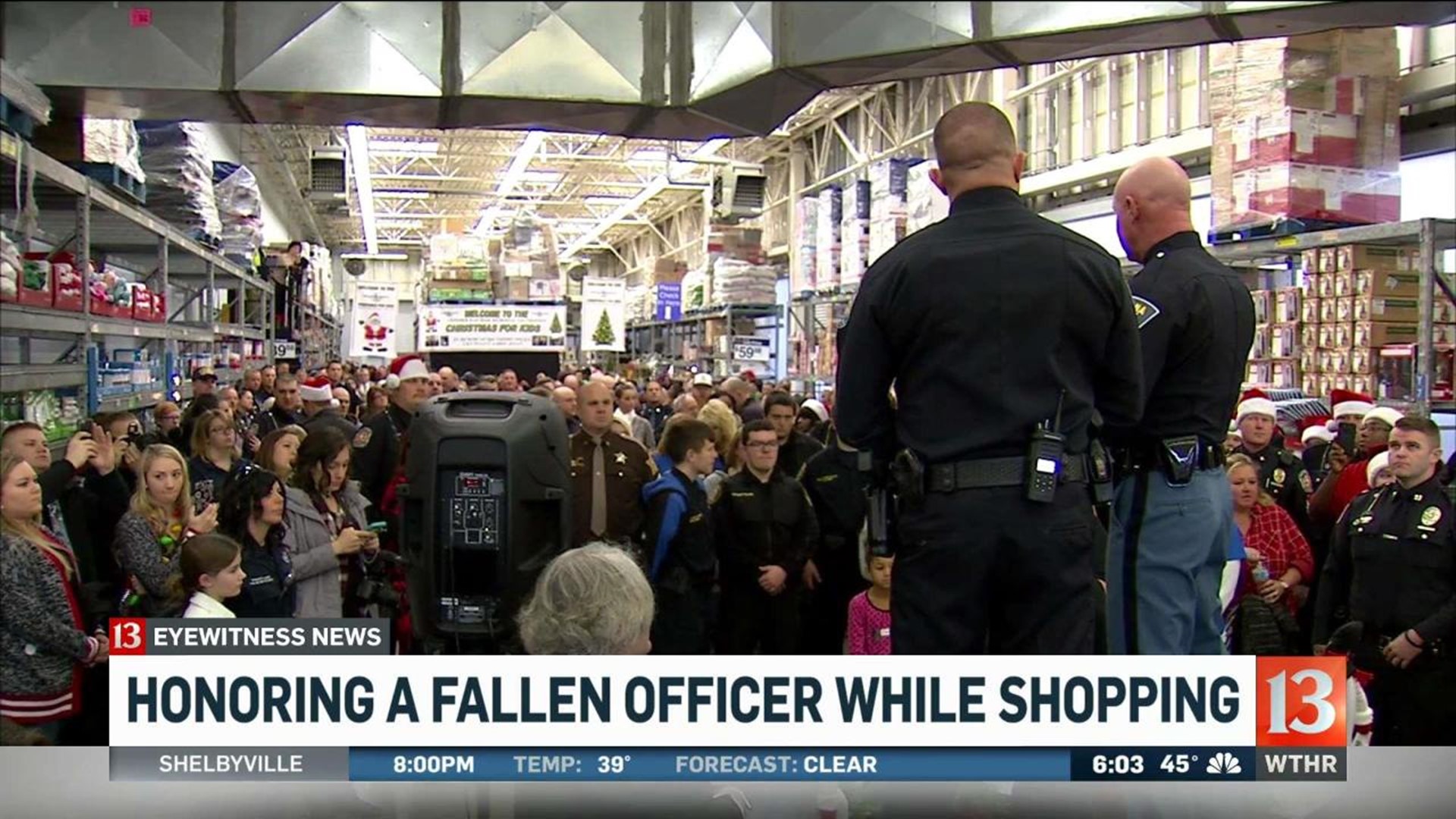 SOUTHPORT, Ind. (WTHR) - Plenty of families are filling their carts this weekend to get ready for Christmas, but Saturday was extra special for some shoppers on the south side who were also honoring a fallen Southport officer.

The kids will have a holiday to remember after the Christmas for Kids event. It's only been a few months since a July afternoon many others won't be able to forget, when Southport Lt. Aaron Allan was shot and killed.

“He's been doing it four years,” said Southport Police Chief Tom Vaughn. “This is his event.”

You can see it in his smile from pictures they displayed at the event, Lt. Allan loved this kind of service. Saturday’s shopping spree was renamed for him.

“He was one of the biggest kids we had here, so it's a great honor to do it for him,” said Vaughn.

His widow, Stacy, also wanted to carry on her husband's tradition. She and several other officers helped fill carts with Christmas presents.

“I love it,” said ISP Sr. Trooper Justin Hobbs. “Spending time with the kids and taking them shopping, just giving back to the community, I really enjoy it.”

“We protect really well,” said Vaughn. “We train hard for that, but what's the service? It's protect and serve. The service part is what we're trying to do and this is part of that.”

Elizabeth Konkle brought her two kids to the event. It's their first time and she says the items they’re picking out will go a long way to make their holiday bright.

“It's pretty cool,” said Konkle. “It's been a hard year, so this is pretty awesome for us to be able to do this.”

“Part of being a police officer is getting the bad guys off the streets, but we also are doing things in the community,” said Hobbs.

The officers say they enjoyed the chance to serve the community they love in a different way for the holidays.

After their shopping trip, each kid also got a toy giraffe. That's because the animal has the biggest heart in the animal kingdom and the most courage, since it will lay its neck on the line. That giraffe is also meant to honor Lt. Allan and his legacy.