Now nearly a month into the government shutdown, there appears to be no end in sight. 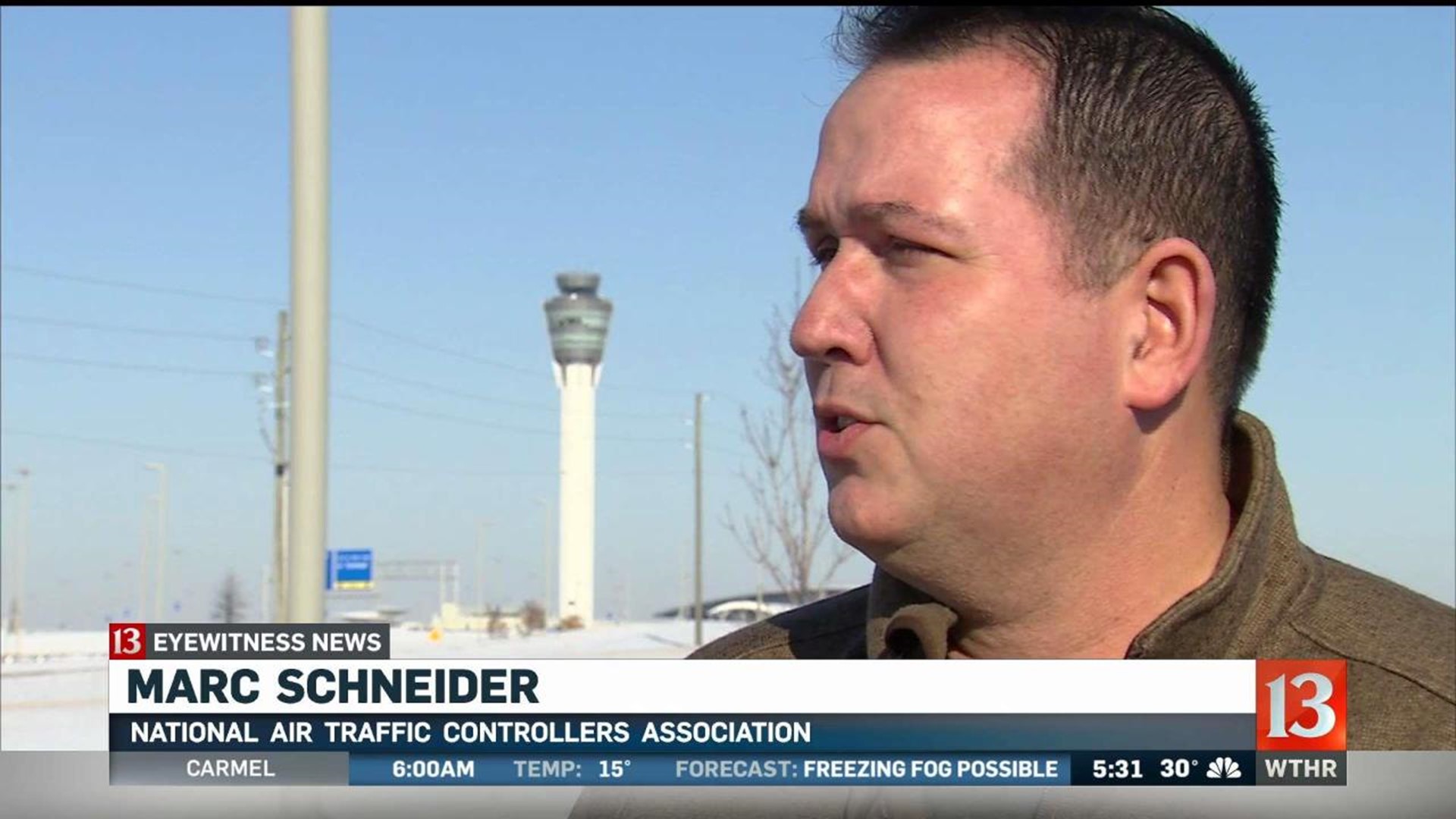 INDIANAPOLIS (WTHR) — The government has been shut down for nearly a month, and there appears to be no end in sight.

It's now the longest in history, with President Trump blaming Democrats for not taking action on border security.

Democrats say they want a safe border but without a wall.

The shutdown affects more than 800,000 workers who aren't getting paid.

Air traffic controllers at Indianapolis International Airport start taking matters into their own hands starting on Tuesday. They obviously will continue to do their duty but will take their case to the public by passing out leaflets.

"We are real people. We are just like you. Somebody takes your paycheck, tells you not to come to work, it affects you, financially, emotionally, there are a lot of things in people's minds right now," said Marc Schneider of the National Air Traffic Controllers Association.

For air traffic controllers, even though the paychecks just recently stopped, this started some time ago.

"We are in our fourth week now and it's really starting to take a toll on us. Training has completely stopped. Our academy in Oklahoma City has shut down, which is more like a major university, so in order to get the students back, it will take considerable revenues to do that," he said.

Schneider says staffing is already at a 30-year low from the last time there was a government shutdown in 2013.

"I have my savings at home. I will be fine for two or three paycheck period, I guess, but I am at the end of my career. My children are grown. We have a lot of controllers, 80 percent here in Indianapolis have only been with the agency for eight years. They are buying their first homes, first cars, starting their families. They don't have resources saved up that a lot of people have," Schneider explained.

"We did not ask for this. We don't have an opinion. We don't like being held accountable for Congress and the president's agenda. We prefer to go back to work, have our employees brought back to work, just to get the government turned back on," he said.

Tuesday, air traffic control members handed out brochures to travelers, spelling out the challenges to their security.

"I think everybody is behind us and that everybody understands that we're stuck in the middle of something that is bigger than all of us, so if people could just take the 5 minutes to call their senator or congressman and let them know to end the shutdown today that would be huge because that's really the only way this is going to end," Schneider said.

"My wife is an air traffic controller also so we've lost all of our income. We're probably good for a month and then hopefully my credit card companies will help us a little bit," he said.