A spokesperson for Decatur Township schools said two staffers were checked for injury after an altercation at a school. 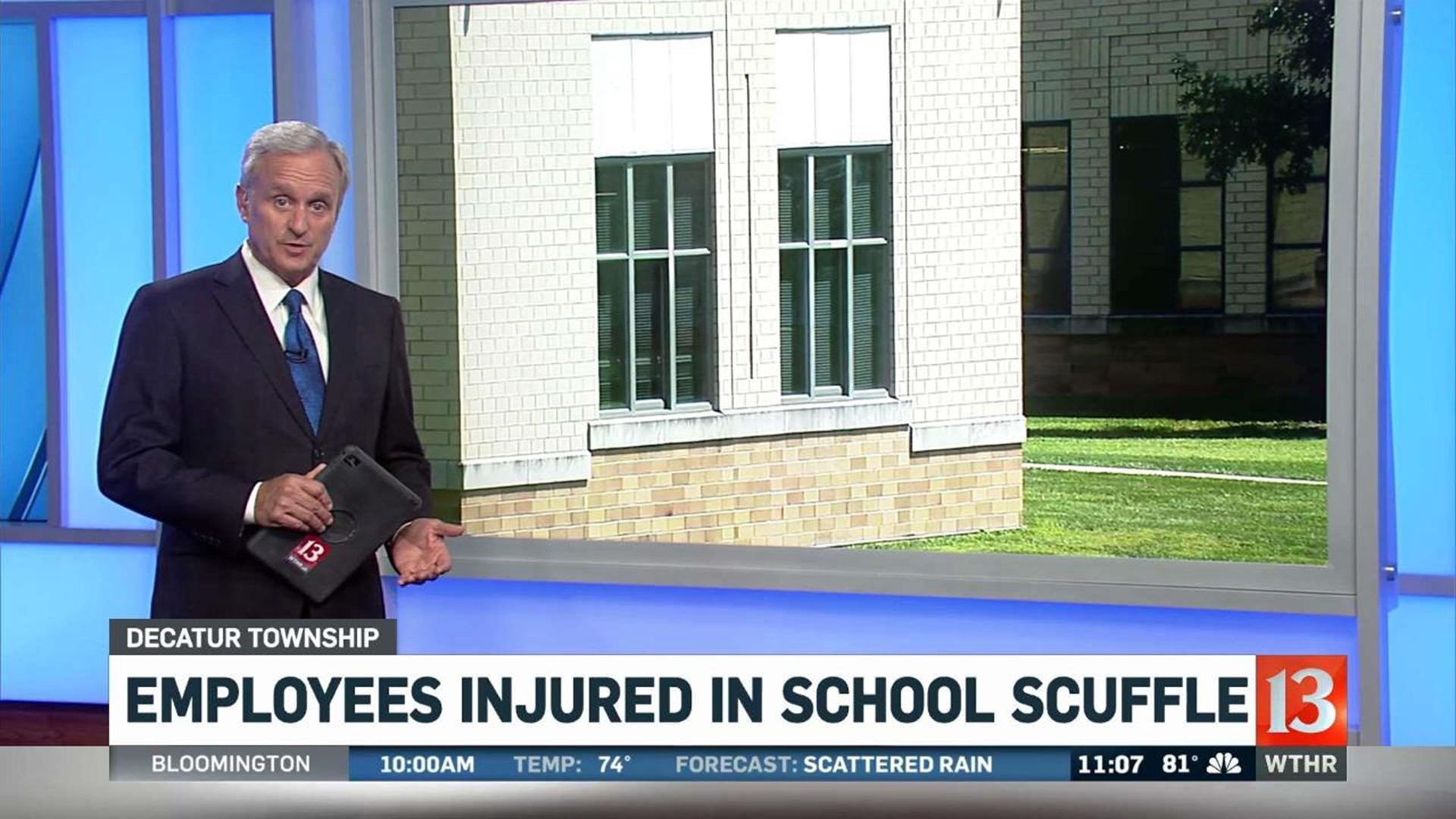 INDIANAPOLIS (WTHR) – A spokesperson for Decatur Township schools said two staffers were checked for injury after an altercation at a school.

School officials say Little and his mother came to the school to support their cousin, a female student there. This was learned after the school reached out to the girl's family.

She was reportedly upset about something that recently happened between her and a 16-year-old male student.

While in the main office, Little evidently saw that male student walking down the hall and went after after him. Debbie Steinmetz, a special ed teacher, told us she heard a commotion, stepped out of her classroom, got caught between the two and was crushed against the wall.

A female resource officer also got caught in the fray. A wrestling coach joined others in helping subdue Little, who weighs nearly 300 lbs.

Steinmetz said the altercation lasted no more than a minute or so. There were no weapons, no lockdown.

While she and the officer went to get checked, no one was seriously hurt though she said she's still "banged up a bit" and sore.

Despite what happened to her, she said in her 20 years with the district, "I've always felt safe at work and I still feel safe."

She described what took place as "a freak accident" of sorts, that she was in the wrong place at the wrong time.

Steinmetz said she planned to return to Decatur Central early next week with no concerns.

"This is a well-protected and safe school system," she said, adding she looked forward to "going back to work" and seeing her students.