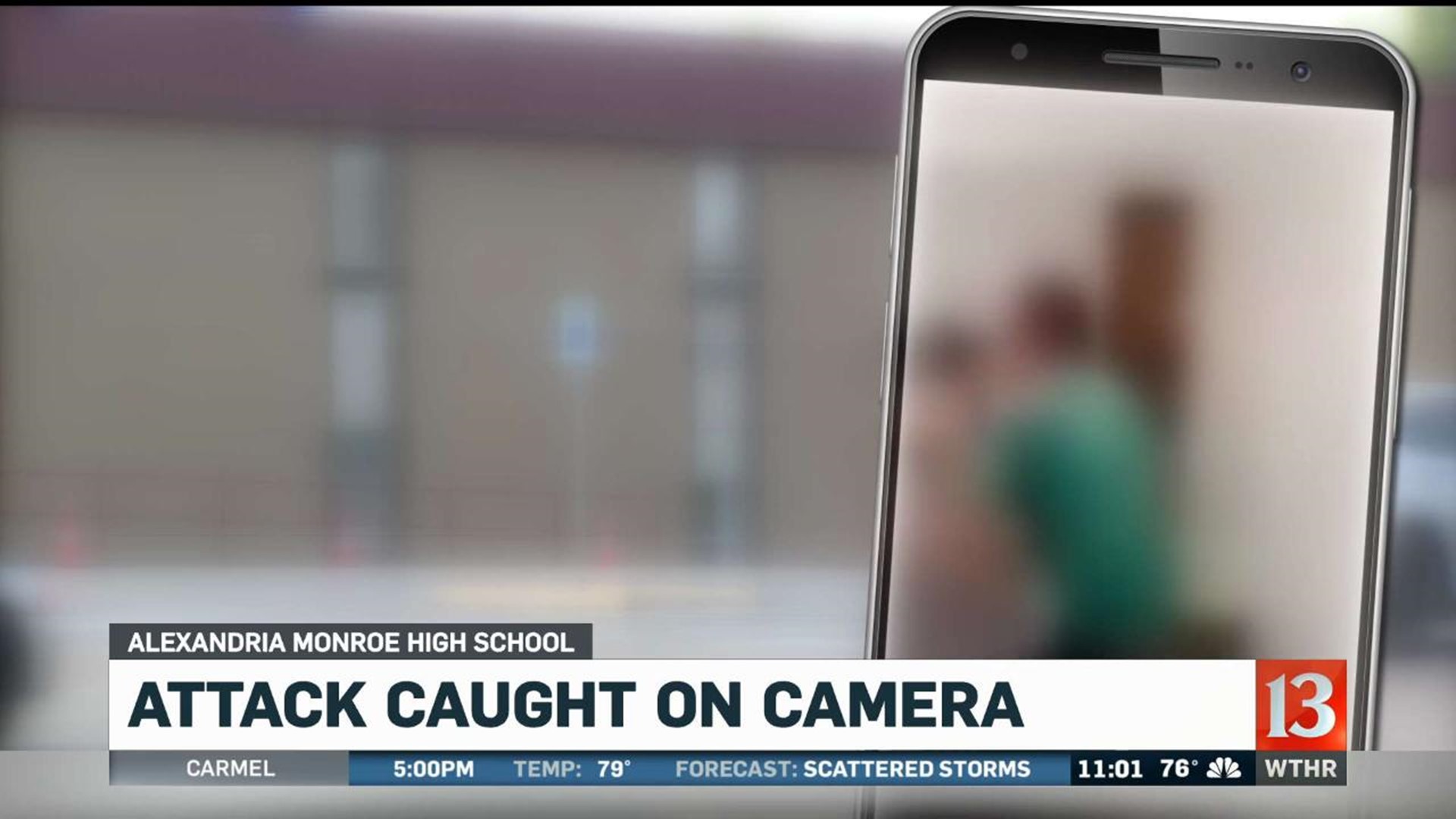 The young man, a student at Alexandria Monroe High School, didn't want his face shown or his name used because of what he says happened to him Tuesday afternoon in the boys' locker room at school.

Apparently, some other students took video of it and the footage has been widely circulated. Someone even texted it to the young man's mother and she shared it with Eyewitness News.

"The guy who attacked me was standing next to my locker and wouldn't stop staring at me, so I had a weird feeling that something was about to happen," the student recalled.

That something started with a push.

"He kept pushing me, but then he stopped pushing me and everything got quiet, so I thought he walked out," said the teen.

Instead, the video shows punches being thrown.

"I felt him punch me a couple more times and I got hit my face on the mirror and then he punched me in the head twice," said the student.

"It happened so fast. I can remember them holding me against the wall," he added, explaining that two other students helped restrain him so he couldn't fight back.

He says he knew his alleged attackers and they'd teased him before about being openly gay.

"I've gotten so used to it over the years that it doesn't phase me much," he said.

This time though, there were no words. Just fists.

"My nose was bleeding really bad," the student said.

Another student stepped in and the kids attacking him stopped.

"I don't know who it is because it happened so fast," he said.

When his mom took him to the hospital later, the student was told his nose was broken.

He decided to stay home from school on Wednesday.

"I just tell myself to forget what happened and try to act like it never happened," he said.

School district officials say they're deeply troubled by the fight and are investigating, along with the Alexandria police.

The alleged victim calls what happened a hate crime and has a message for others students targeted because of their sexuality.

"Stay true to yourself and if you get hit, do the best you can to make sure it never happens again," he said.

The student is going back to school on Thursday. His parents say they're not going to let what happened get swept under a rug. They say they've been told by school officials that two of the kids involved have been expelled, but the school has not confirmed that to Eyewitness News.

The victim says they may have broken his nose but not his spirit. He has group of supporters and says he's thankful for that.