Across the nation that day, air traffic controllers safely landed nearly 5,000 planes in under two hours. 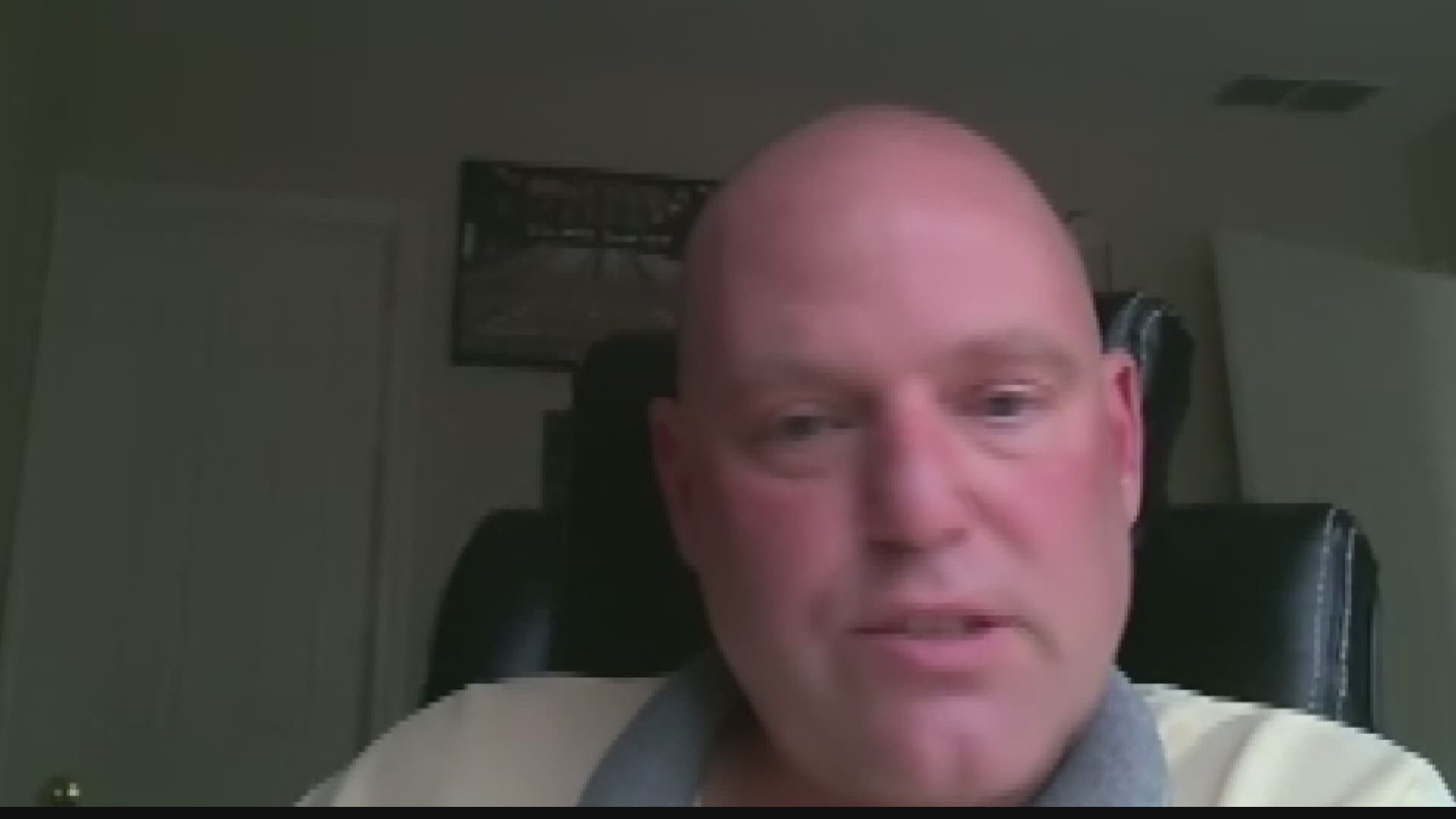 INDIANAPOLIS — For most everyone, this day 19 years ago is seared into memories.

“That is a moment in time that is entrenched in our being. And I think it is there forever,” said Kevin Brown.

Brown wasn’t supposed to work on Sept. 11, 2001. That was until his phone rang. He was an air traffic controller at Indianapolis International Airport. The gravity of what was happening sank in as he was getting ready to rush in to work.

“I started to get dressed and my wife came in and she was just screaming and the second airplane had flown into the tower,” Brown said.

There were so many people who rose to the occasion in the midst of tragedy.

We think about the firefighters and police officers, but the men and women responsible for the safety of our skies had to step up as well.

Credit: WTHR
Kevin Brown was called in to work at the Indianapolis International Airport immediately after the 9/11 attacks.

As orders came in to land every plane, Indianapolis was one of the busiest spots.

“The geography of Indianapolis was perfect. It’s where everyone happened to be at the time and here they come,” Brown said.

The airspace was pandemonium.

Credit: Indianapolis Airport Authority
A ceremony marking the 19th anniversary of the 9/11 attacks was held Friday at the Indianapolis International Airport.

Brown remembered telling reluctant pilots they had to land immediately.

It is hard to state the task in front of them; landing an overwhelming number of planes with lives on board and making space where there was none.

“As far as you could see in every direction, there were airplanes and it was like somebody took a bucket of them...just dumped them,” Brown said.

Across the nation that day, air traffic controllers safely landed nearly 5,000 planes in under two hours.

“It’s not just me, it's thousands of air traffic controllers that were on duty,” Brown said. "We knew what our job was. We knew it was important. It was game time and we have to make this shot and we get one chance at it.”