After violent 2017, IMPD working to get guns off of streets

We've all heard a lot about the record deadly year in Indianapolis in 2017, which ended the year with 154 murders. 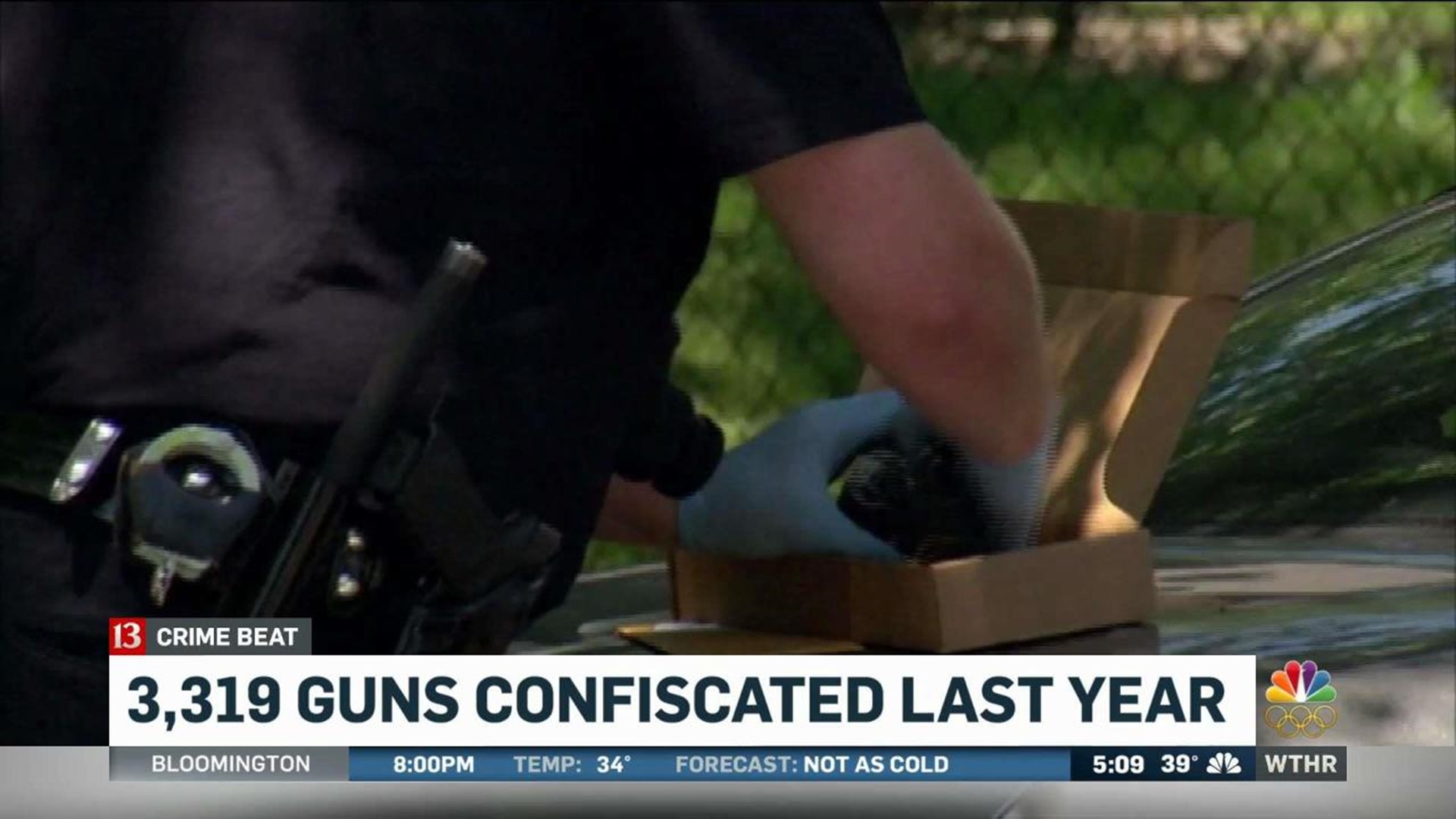 INDIANAPOLIS (WTHR) - We've all heard a lot about the record deadly year in Indianapolis in 2017, which ended the year with 154 murders.

It's probably no surprise that most of those murders involved firearms.

We wanted to take a closer look at guns on the street and reached out to the Indianapolis Metropolitan Police Department.

Police say that not all of those weapons were used in the commission of a crime, but a lot were in the hands of felons and people without permits.

“The problem and challenge for us as a law enforcement agency and as a community is quickly identifying individuals in possession of firearms that shouldn't be,” said Sgt. Christopher Wilburn. “You have to give this piece of machinery the respect that it deserves, and we are not seeing that and people are handling their emotional exhale with a firearm.”

However, IMPD stops short of calling it a gun problem.

“We don't believe there is an overarching ability or ease for people to acquire these firearms,” said Sgt. Wilburn.

However, people around one of Indy’s hotspot crime neighborhoods disagree.

“Over the last year, it's been a lot of senseless crimes too. a lot of young people just killing each other it doesn't make any sense,” said Antonio Eaton

“They are everywhere and it's a whole lot of it and it's been like that for quite some time,” said James Awesome.

Officials say it is difficult to quantify where all of the weapons are coming from. Often, they say, a suspect lies about how they obtained a weapon, so they don't often know if they are stolen or from a street sale.

But police were also reluctant to give too much away out of fear it might inspire more illegal activity.