After 3 burglaries in 3 days, moms turn in their teen sons

The mothers of teen boys exercised some tough love after learning their sons were caught on camera in a vapor store burglary. 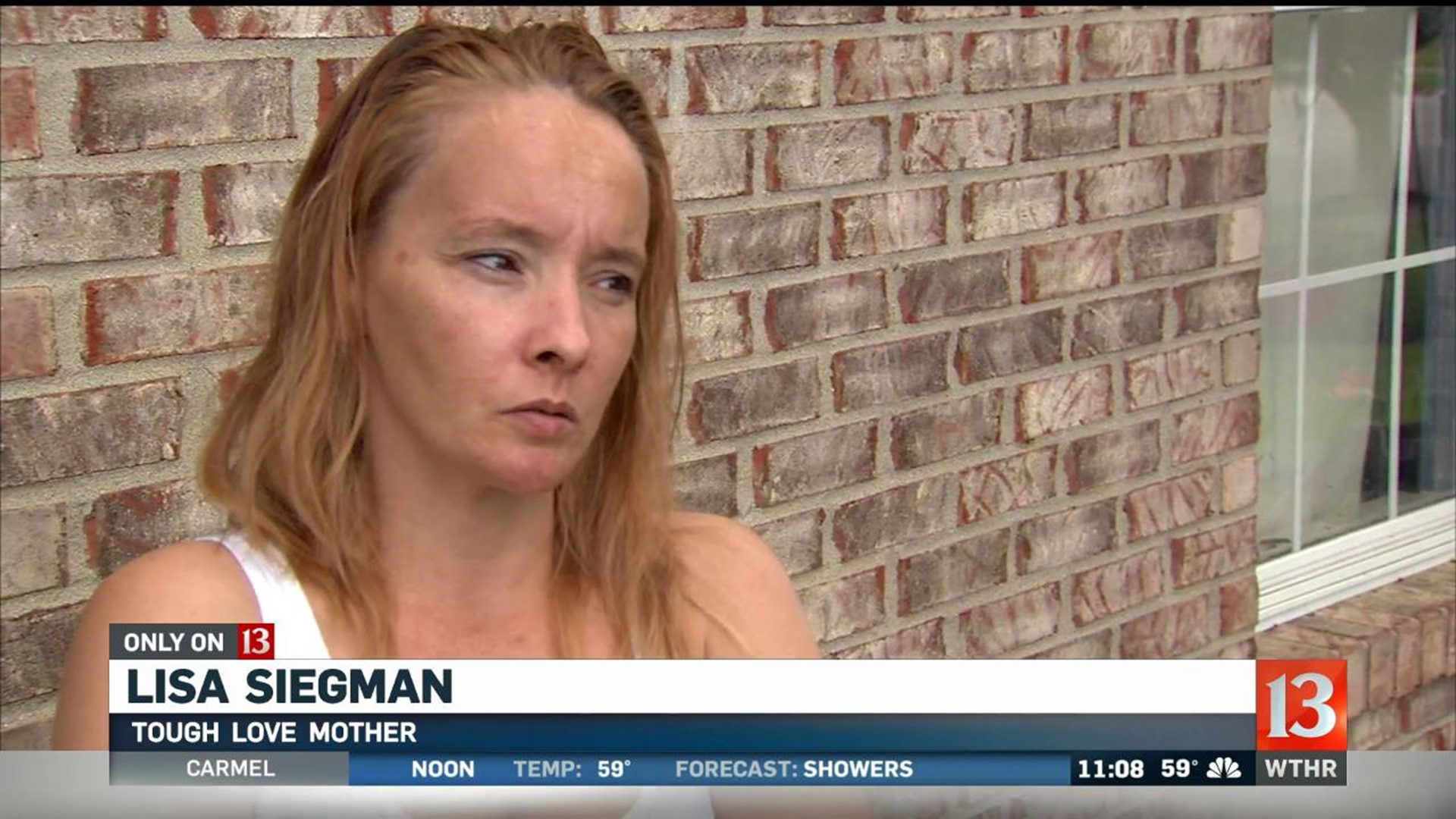 INDIANAPOLIS (WTHR) – The mothers of teen boys exercised some tough love after learning their sons were caught on camera in a vapor store burglary.

Eyewitness News has learned burglars hit the same store two more times since then. There is even new evidence from the store’s surveillance camera knocked off line.

One of the moms talked with Eyewitness News about calling police on her son as the owners of the store make repairs from serious damage done in the back of the business.

The mother of a 15-year-old suspect explained it was the toughest call she had to make after learning their children were behind a break-in.

Power lines to the vape store's security camera were cut during the burglaries. (WTHR Photo)

In the last burglary there is a lot of damage. The owners are looking at thousands of dollars worth of damage. The vandalism knocked out the power to their cameras too. Still, the camera did get one image of the suspect.

An image in the third burglary from the Vapor Vice store on East Thompson Road shows at least one suspect inside the business.

The owner not only hopes police can enhance it, but also someone will call Crime Stoppers with a name. Burglars hit the vapor store a third time in three days.

"I am shocked,” said owner TJ Birdwell, “I was trying to be positive about it and hope that it was not what is was but I starting to feel a little targeted."

Vapor Vice is a family owned business with two locations. They have several employees and try to keep overhead cost to a minimum. The least space in the building in the Family Video Store building on East Thompson Road.

Birdwell feels targeted because in the first burglary video, it showed three teenagers who broke in. But their mothers recognized them right away.

Lisa Siegman didn’t hesitate to call police to turn her son in. She’s raising the 15-year-old alone and doesn’t tolerate dishonesty or theft. She knows getting him on the right track now is best for his future and could save his life.

“I just don't want my son killed,” said Siegman, “I have tried to teach him to always do the right thing. It’s not easy raising a teenage boy. I told him I love him and this is the only thing to do.”

So out of tough love, their mothers turned them in at the same time and watched metro officers arrest the boys for burglary. The other two boys are close friends ages 13 and 12 years old. Lisa believes they snuck out of the house.

Now, she monitors her son using the Life 360 app and Find My Phone, a cell phone location feature. But for now, knowing his whereabouts will be easy because Juvenile Court Judge Marilyn Moores released the teens to their parents on home detention and GPS monitoring issued by a contractor with the court system. All three teens are wearing ankle bracelets to monitor their whereabouts.

“Hopefully he can get his life back on track and head in the right direction," said Siegman. "I want him to go to college. I want him to do something with his life."

After Siegman's son went on monitored home detention a vapor store camera recorded the still image of another burglar.

Birdwell will likely incur some of the repair expenses on top of repairing the door which will be about $800.

He is grateful the mothers turned in their sons. He and his family hope someone will do the same as in the case of their latest break in by calling Crime Stoppers at 317-262-TIPS.

“If you know who they are do the right thing and pick up the phone and call,” said Birdwell.