Friday morning the AFL-CIO having a press conference at the Steelworkers Local 1999 Union Hall in Indianapolis to discuss the implications of President-Elect Donald Trump's Twitter attack on Local Union President Chuck Jones. 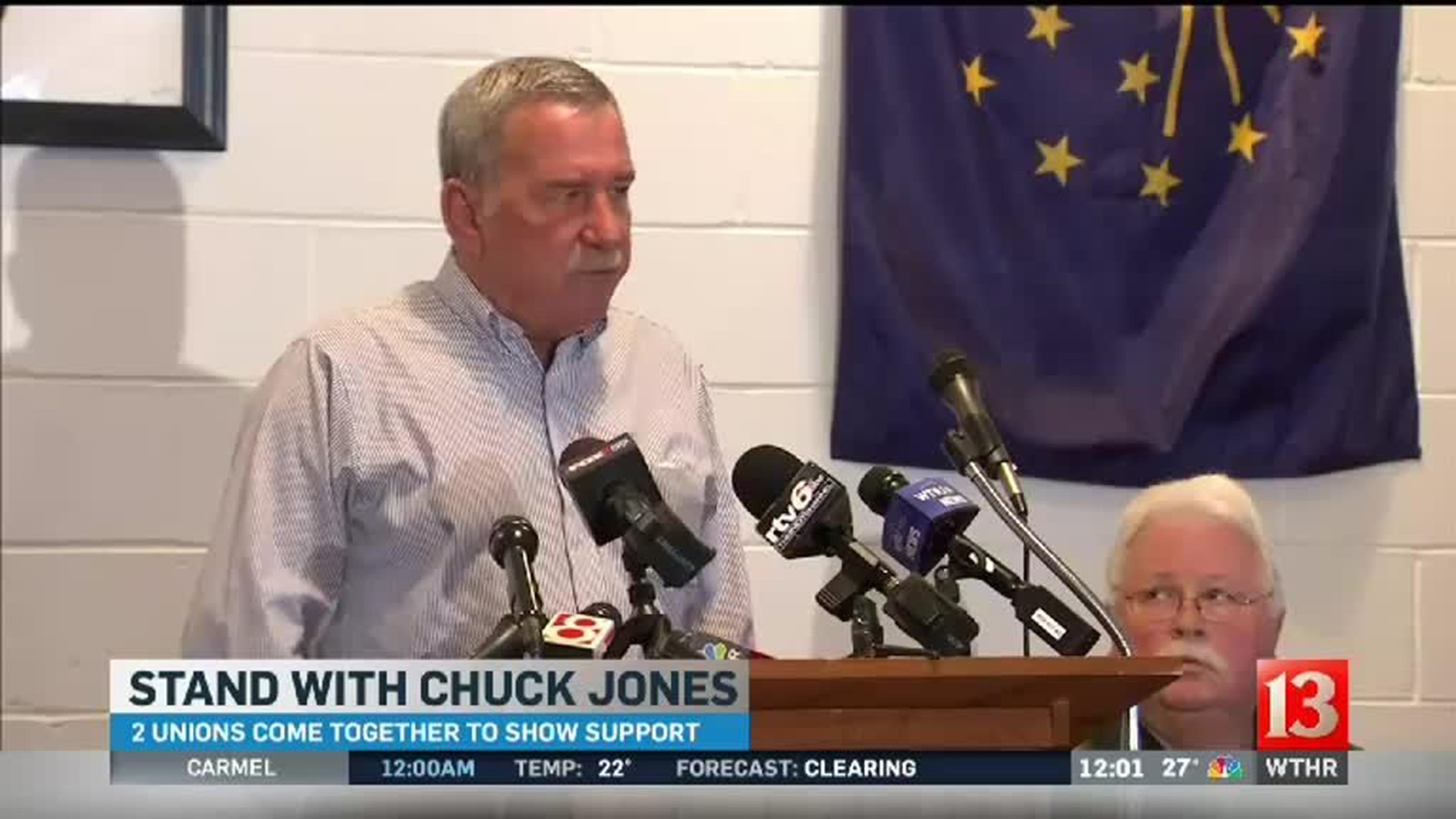 INDIANAPOLIS (WTHR) - Local union workers are showing support for their union president after the President-elect of the United States engaged him in a Twitter fight.

Donald Trump is making Chuck Jones famous - not in a good way - and Hoosiers supporting their union boss had a news conference to defend him.

Jones is as steady as they come. Never too high and never too low, meaning he is the same man today that he was before the Trump tweet and the goal remains the same.

Friday's press conference was billed as an opportunity to "Stand with Chuck."

Steelworkers Pres Chuck Jones says he will continue to work to save 300 Rexnord or 550 Carrier workers. pic.twitter.com/FeiC7tFzM8

He knew that President-elect Trump's number of 1,100 jobs saved was really only 800. What he can't figure out is why a company that receives $7 billion in tax incentives and $6 billion in federal contracts would stay in Indiana for $7 million in state incentives.

"He got upset. His numbers were not adding up, so he decided to attack me and, hell, I am okay with that," Jones said.

So Trump tweeted and now the AFL-CIO is speaking out in support of Jones.

"I am offended by that. It is just not right from our Commander in Chief," said Brett Voohies of the Indiana AFL-CIO. "This isn't a union thing. It is a worker thing. This is about human beings. It is about real people."

"Many times, it is more important what is not said than what is said," said Wayne Dale with United Steelworkers 1999. "Donald Trump said 1,100. He was counting 300 in there, but he didn't say there were still jobs going to Mexico. That is where Chuck stood up and said the numbers weren't right."

"I've been in six plant closures. People can't make their car payment, it is repossessed. Can't make their house payment and the house is foreclosed and some give up completely and take their own lives," Jones said.

That is why Jones keeps working for the 550 who will lose their jobs at Carrier and the 300 workers at Rexnord Bearings, as well.

"If Trump is sincere about keeping jobs in the country, that is what his goal is, we will sit down and work on keeping these damn jobs here," Jones said.