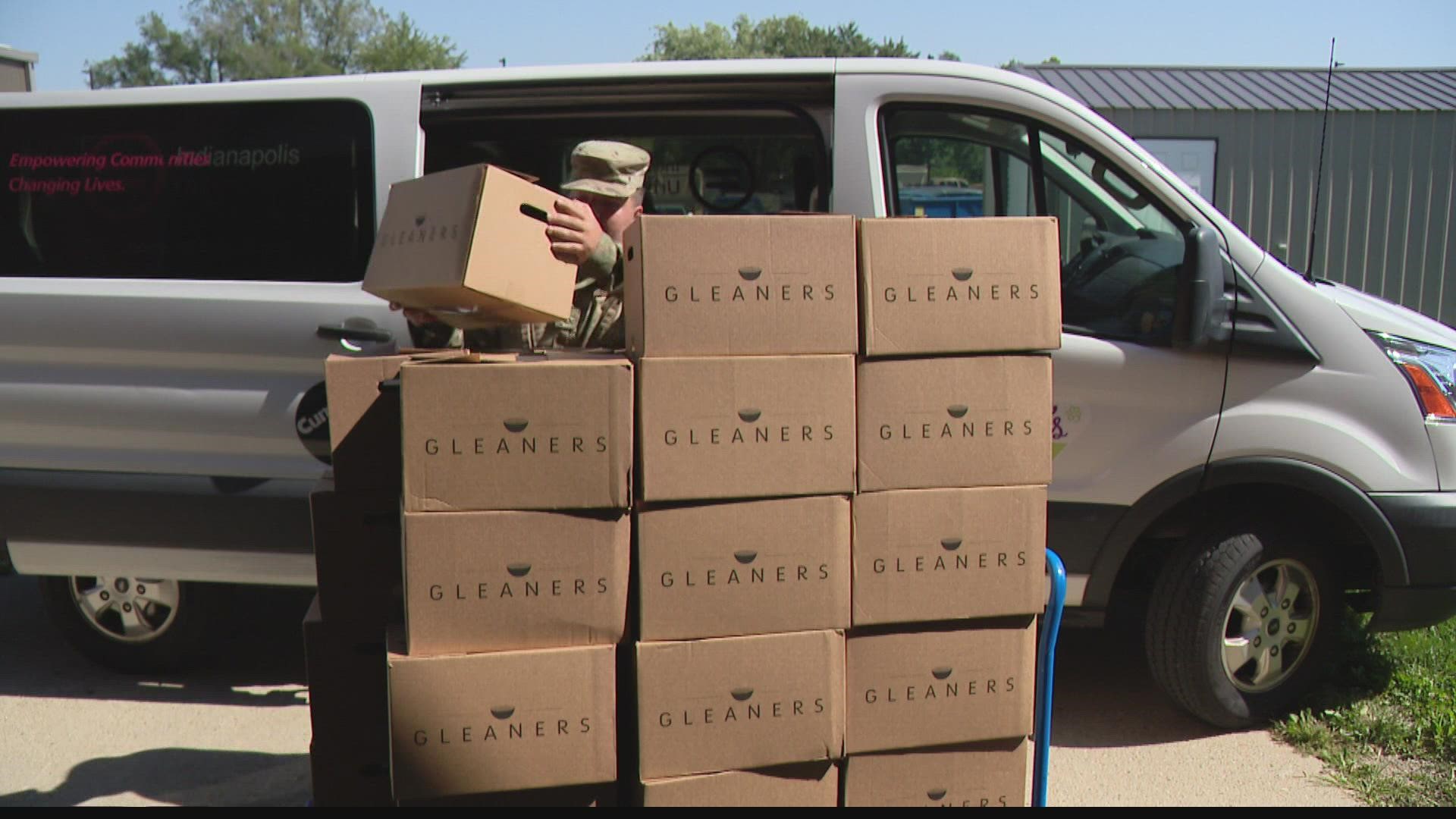 INDIANAPOLIS — The generosity of Hoosiers continues to help the thousands of evacuees from Afghanistan who are being housed temporarily at Camp Atterbury.

On Tuesday, a new donation came in from the American Legion and Indianapolis Urban League, with a new perspective on giving back from a military veteran.

Indiana National Guardsmen spent the afternoon loading up pallets and boxes at the Kessler Armory in Indianapolis, as drive-up donations came in for evacuees at Camp Atterbury. Veteran and chaplain Amy Harwell with American Legion Auxiliary Unit 249 called it an amazing show of support.

"For me, this is extraordinary," Harwell said. "It's for the Afghan people who have helped to serve us in their country and I can't think of anything more wonderful to be able to give back to them."

The American Legion Auxiliary partnered with the Indianapolis Urban League to donate 40 boxes of food for families who fled to the United States for safety.

The Urban League is in week 76 of its community food drive and decided to extend part of that grace to our new neighbors at Camp Atterbury.

"We're glad to come alongside our local military and our partners," said Bianca Phillips, project coordinator for the Indianapolis Urban League, "and just assist with this mission and provide support to families that are housed in our state."

Harwell said after the risks those families took in Afghanistan, some as interpreters or helpers for American troops over the years, giving back now just makes sense.

"As a veteran myself, I can just imagine what they have done, put their own lives in danger to help us," Harwell said. "We don't want them to come here and be hungry. They're trying to find a safe haven and we're trying to help them in how many ways we can. A simple meal? I wish we could say thank you even more."

The donations dropped off Tuesday are just part of the larger mission at the armory. Over the last seven days, the Indiana National Guard said community donations overall have filled 13 large pallets to take down to Camp Atterbury.

More deliveries are set for the days ahead — all to support those who sacrificed a world away.

"It's an amazing thing to be able to stretch your hand out and say thank you," Harwell said.