The adoptive father and mother to an 8-year-old girl year’s ago made their first court appearance on neglect charges. 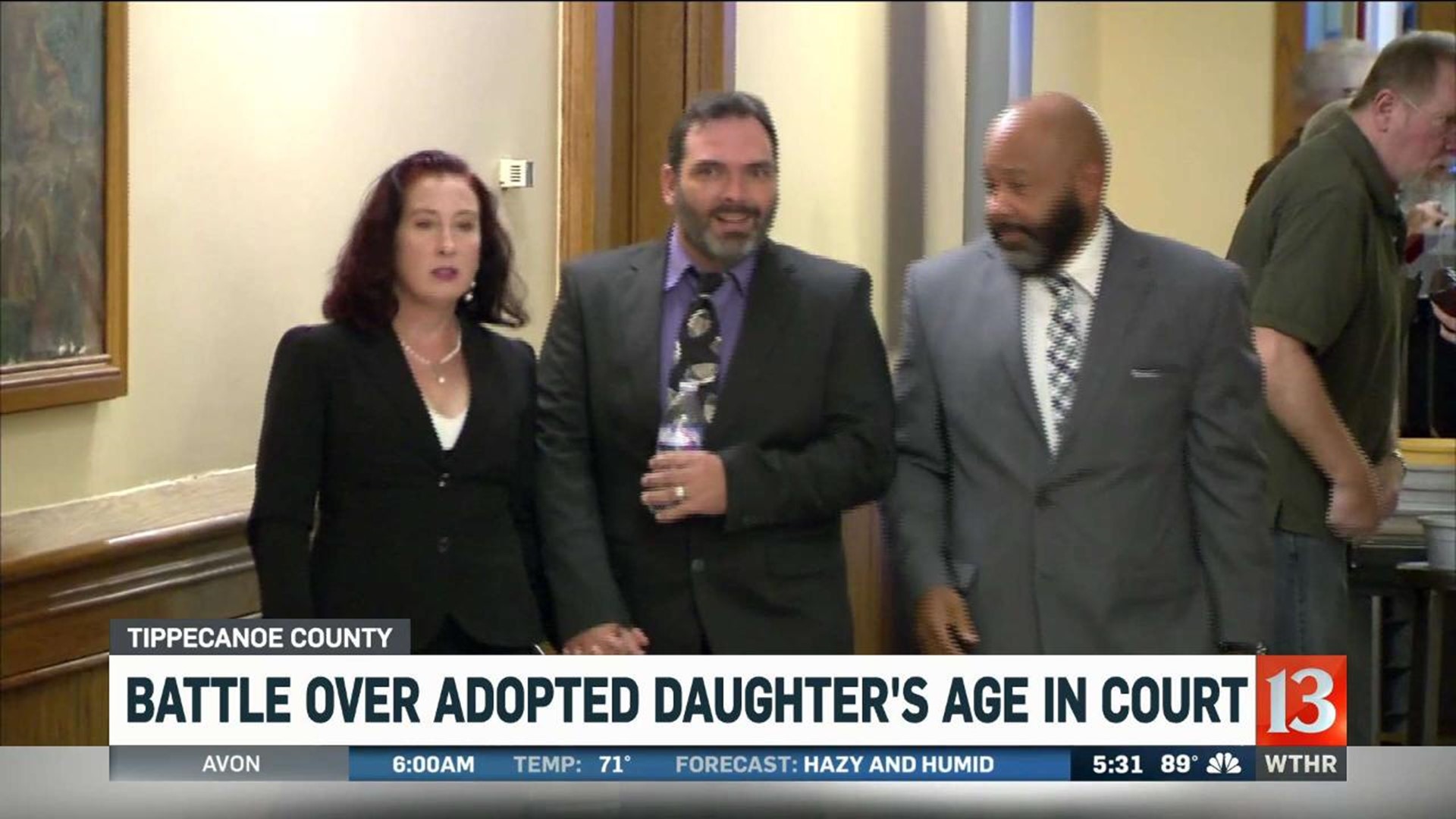 LAFAYETTE, Ind. (WTHR) - The adoptive parents accused of neglect are questioning the charges they face.

The parents are no longer together but they are working together to fight allegations they neglected their adoptive daughter.

The detective on the case shortly after the adoption several years ago is now Tippecanoe County Sheriff Bob Goldsmith.

When Michael Barnett arrived at the courthouse with his new wife and Attorney Terrance Kinnard, the adoptive mother, Kristine Barnett, had already entered the courtroom.

Both of them surrendered at the Tippecanoe County Jail earlier this month on arrest warrants for felony neglect charges.

The high profile case playing out at the Tippecanoe county courthouse centers around the age of their adoptive daughter.

The parents argued she pretended to be an 8-year-old girl needing a family and home but was actually a young adult woman with dwarfism.

Her real age remains a mystery even to the adoptive father's attorney.

“That information we believe is unknown to anyone other than the individual alleged to have been a dependent,” said Terrance Kinnard, “We don't believe that person any place that we are aware has given her true age. what we do know at all times she has indicated in her own words that she was an adult at the time she was allegedly adopted as a minor."

Prosecutors accuse the parents of leaving their adoptive daughter after moving to Canada.

The Barnett's reportedly rented their adoptive daughter an apartment in Lafayette located within walking distance from a hospital, grocery store and the police station.

The move came for the Barnett’s reportedly as part of the ongoing care for their son who made national headlines for being on an intellectual genius.

In the meantime, Attorney Terrance Kinnard hopes to get some clarification on the two counts of felony neglect of a dependent filed against his client.