All faiths and places of worship are invited to the Indianapolis Hebrew Congregation for special training on active shooters. 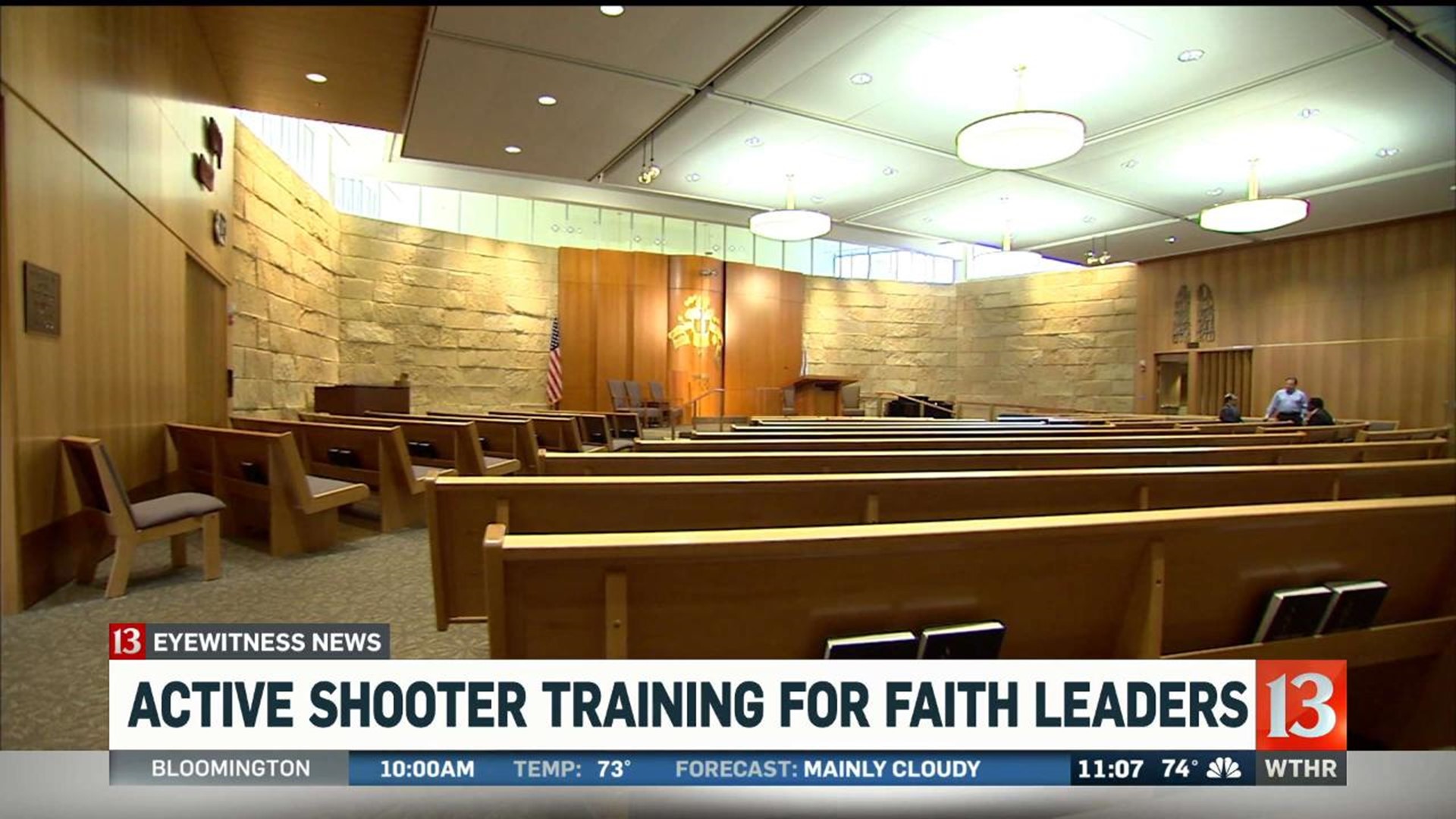 INDIANAPOLIS (WTHR) — No matter what size congregation, all faiths and places of worship are invited to the Indianapolis Hebrew Congregation for special training on active shooters. Participants will learn from law enforcement's detailed instructions on active, proactive and reactive situations.

Rabbi Brett Krichiver has been at Indianapolis Hebrew Congregation for about ten years. He’s watched closely as more and more houses of worship have come under threat around the country by people committing or threatening domestic terrorism.

“We need to take all the precautions we can," Rabbi Krichiver said.

Krichiver didn't hesitate hosting active shooter training for religious leaders at his synagogue. Law enforcement on all levels will teach what to do in an emergency along with the Marion County Prosecutor’s Office. All of them stressed the "See Something, Say Something" motto.

“We need this training now more than ever,” said Special Agent in Charge Grant Mendenhall.

He believes special training to combat mass murder threats should hit every cross section of the community, especially the religious community, which he referred to as “Soft Targets.”

“Not only for the jewish community but for our Muslim neighbors, for our Christian neighbors, budha, everyone should feel safe," Rabbi Brett Krichiver said.

To help congregations feel safe, the group MovementForward announced the free active shooter training during this news conference. MovementForward Regional Manager Ryan Yarrell works directly with the organizers in the OneCop movement, which encourages the relationship between law enforcement and religious leaders.

Yarrell told Eyewitness News his goal is to get their message about being proactive in houses of worship to as many as possible.

“This training is specifically designed for the leaders of the house of worship and their security personnel,” Yarrell said.

The FBI, state and local officers will conduct the training which will center around active shooter responses.

Being safe is not new for the leaders at the synagogue where the training will take place.

“Unfortunately we are living at a time when prayer is not enough,” said Rabbi Krichiver.

So just like those in the group MovementForward, the Rabbi hopes emergency training participants will take what they learn back to their places of worship and teach it to their congregations.

Organizers of the special training being held at IHC believe it could actually stop the next threat in the Circle City.