Dispatchers took nine separate 911 calls last Monday night in the minutes leading up to a deadly wrong-way crash in Peru that killed the driver and two teenagers. 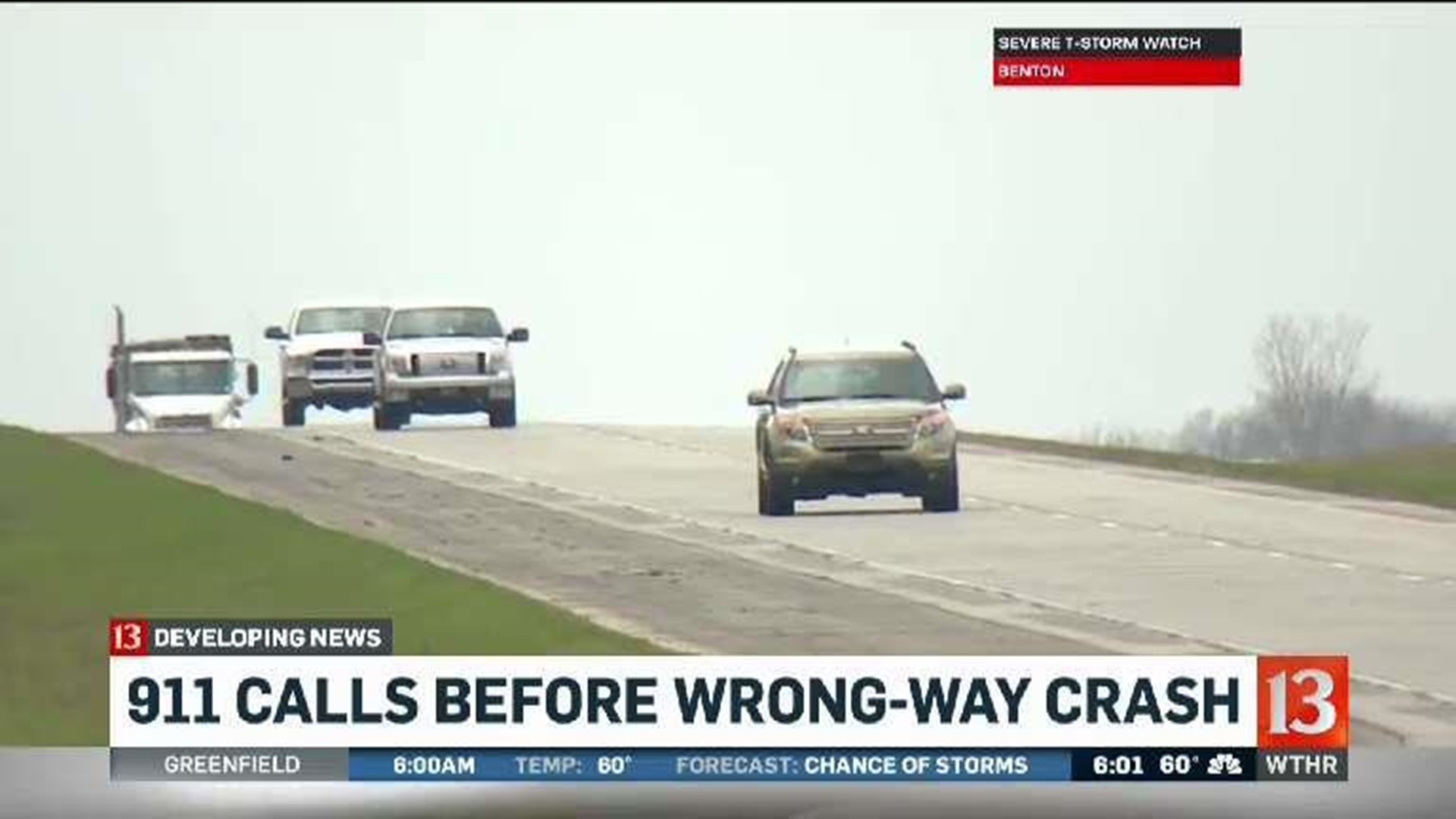 PERU, Ind. (WTHR) - Dispatchers took nine separate 911 calls last Monday night in the minutes leading up to a deadly wrong-way crash in Peru that killed the driver and two teenagers.

Nine people saw that danger on the highway and tried desperately to stop it. The crash happened at 9:08 pm. The first emergency call came in at 8:55.

"There's a car headed right towards me," the caller told dispatchers. "I had to pull off the road. He's in my lane headed west, it has me shaken!"

That call came from a driver on U.S. 24 in Wabash.

That's where state police believe 86-year-old William Thorn started going westbound in the eastbound lanes - near the Wal-Mart at US 24 and SR 15.

It was rainy that night and they believe Thorn got confused on the divided highway.

Multiple drivers saw him on the road. They called in to 911 nearly every minute as Thorn drove toward Peru.

"Everybody's been flashing their lights and he just - he's went through all the intersections through Wabash and he's still in that lane," a caller said.

But near County Road 250, Thorn's vehicle hit a car head-on, which was carrying 18-year-old Ethan Richman and 19-year-old Lea Byers.

The couple were IU Kokomo students, each aspiring nurses, headed home from a funeral at the time of the crash.

Police say officers tried to catch up to the wrong-way driver before the crash, alerted by those 911 calls, but they just couldn't make it in time.

"Officers were coming from both directions, they were trying to intercept him," said ISP Sgt. Rick Brown. "Unfortunately, the Wabash deputy pulled up five or ten seconds after the crash. We were that close to being able to get him stopped. It was a tragedy.

"This one's especially tough because it involves young people and that always makes it a little bit harder, said Brown. “These people were doing nothing wrong and it was just a tragedy.".