A local 8-year-old wrote a song that's meant to inspire people during the times we're in. 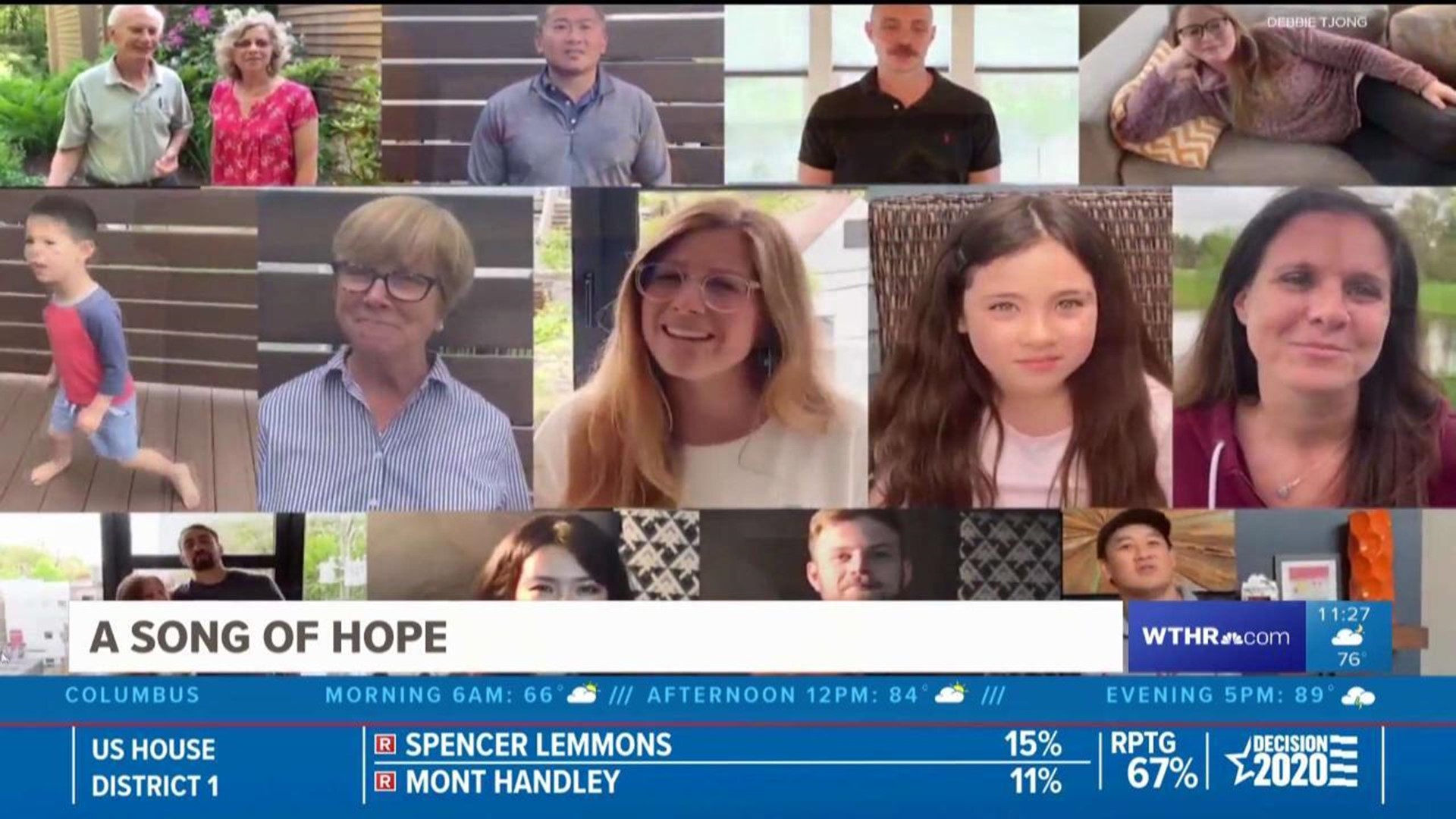 WESTFIELD, Ind. (WTHR) – First it was the virus, then it was racial unrest. That is a lot for anyone to comprehend, especially if you are 8 years old.

Avery Trieu decided to write a song about it.

"When she sang it to me I said 'you should pass it along to Uncle Nate and Aunt Debbie. They have free time where they could turn this into a son," Avery’s mom Rachel Trieu said.

So Avery sent this version to them in New York City. And they turned it into this.

Debbie Tjong did the vocals and Nate Hopkins did the music but the lyrics and the graphics were all Avery.

"I wrote Bravery because I was feeling scared and everyone else was very scared," Avery said.

"She spent hours doing all the those pictures. A lot of time but it was worth it," Rachel said.

The song started as a message of hope written by a second grader at Shamrock Springs Elementary in Westfield to help herself get through the isolation caused by the coronavirus but they both feel the message also applies to the racial unrest that is currently raging across the country.

"We see the song as speaking to that as well. You have to be brave, bold and seek your truth and have family to help and protect you. We got Uncles, brother, grandparents, parents. We all jumped in," Rachel said explaining it was a family affair.

The plan now is to post the video and share it's message with other kids and adults.

"I hope kids and adults all are inspired to be brave, strong and bold. I hope they know we are all going to get through this," Avery said.