A recent survey shows that two-thirds of millennials and Gen Z-ers don't know about the victims of the Holocaust nor its concentration camps. 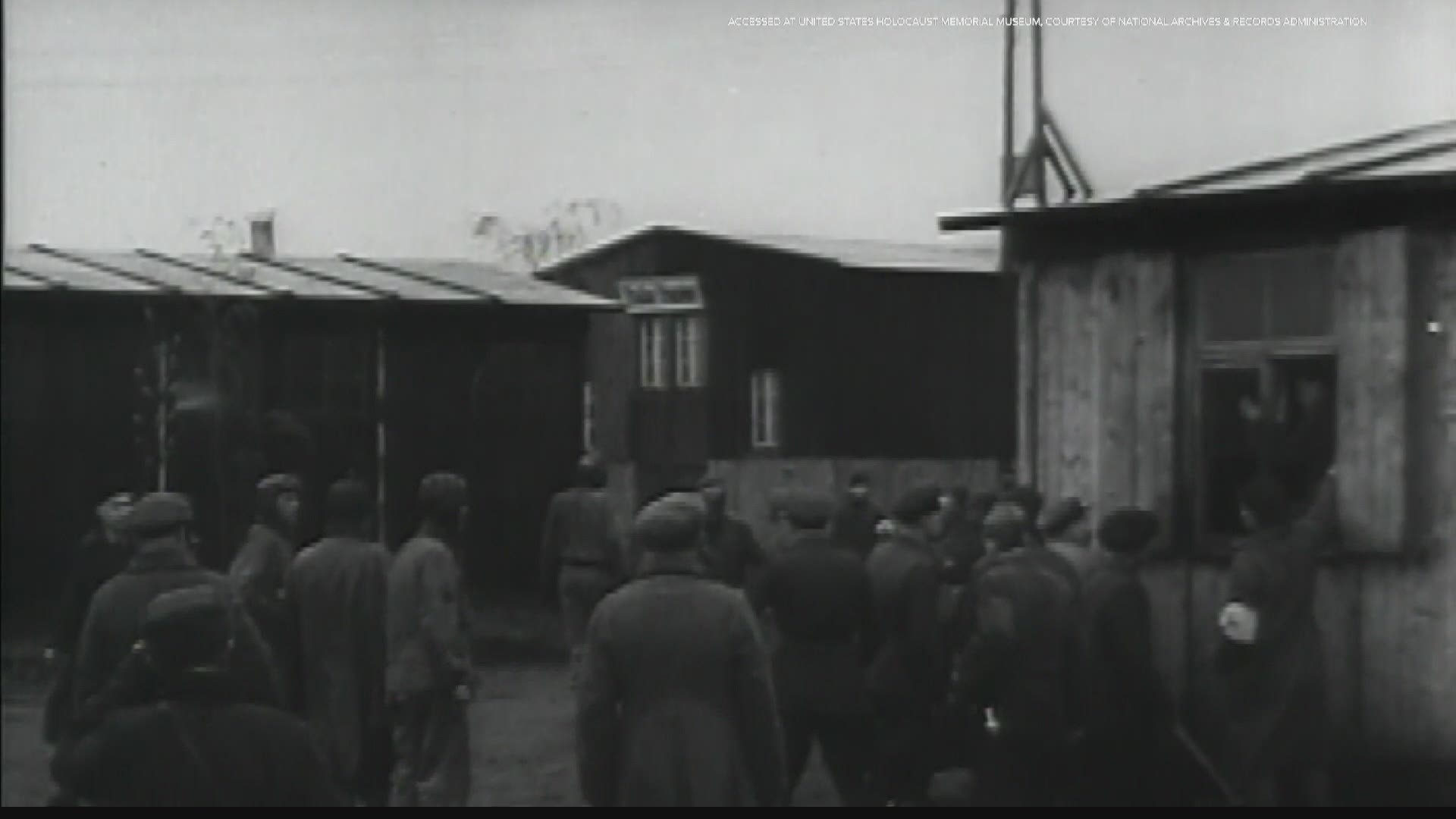 Over a million men, women and children were murdered at Auschwitz as part of the world’s largest known genocide. But a recent survey by the Conference on Jewish Material Claims Against Germany, found that nearly half of Americans between the ages of 18 and 39 can’t name it, or any of the 40,000 ghettos or concentration camps run by Nazi Germany and its allies.

“I kept it pretty much to myself, and just to my closest friend and family, for a good 65, 70 years,” said Grunwald.

Grunwald said he began “keeping it (surviving the holocaust) a secret” as soon as the war ended.

As a child growing up in Europe, Grunwald remembered a time where his identity was not preceded by his faith

“I didn’t think of myself as Jewish I thought of myself as trying to be a good person,” said Grunwald.  “If somebody would have asked me ‘who are you?’ I would have said ‘well I’m Czech.’ I associated my belonging to a country."

But the SS of Nazi Germany saw themselves as the “racial elite” and had plans to restructure Europe around this ideology. Their goal was to establish Volksgemeinschaft, a “purification” of the German race.

Nazi Germany and its allies established 1,143 ghettos. The U.S. Holocaust Memorial Museum said “Jews were ordered to wear identifying badges or armbands. They also required many Jews to carry out forced labor for the German Reich. Nazi-appointed Jewish Council (Judenraete) administered daily life in the ghettos. A ghetto police force enforced the orders of the German authorities and the ordinances of the Jewish councils. This included facilitating deportations to killing centers.”

“They wanted to isolate the Jewish population and eventually destroy the Jewish population,” said Grunwald. "We (my family) were in the ghetto from 1942 till the winter of 1943, and then we were shipped to Auschwitz concentration camp in December of 1943. The Ghetto was more of a small town that was totally isolated. You couldn’t get out the ghetto had no gas chambers or equipment to kill people. So, it was not as threatening even though we were hungry and didn’t have food."

Camps were for forced labor, detention of people thought to be enemies of the state, mental and physical torture and genocide.

“I was standing in line to be gassed with my brother. My brother was 16, and I was 12 years old at the time," Grunwald said. "And I was on death row basically, with a whole bunch of kids. When a German prisoner that I knew very well because I worked for him. I was his messenger in the camp, in the Czech Family Camp. This German prisoner saw me on death row and he had a lot of guts, because he walked up to me and pushed me into a group of  older kids that are 14 and 15 years old, and he saved my life. So that’s how I escaped the gas chamber in Aushwitz."

The group of older kids was being sent to a men’s camp.

“I didn’t know that my mother volunteered to die with my brother. She didn’t tell me that she was doing that. But my mother embraced me and said goodbye to me when I was moved into the men’s camp with the other 96 or 97 older boys. So, I think saying goodbye to her was a tough one," he said. "And then seeing my father leave in October, and waving, talking to him through the barbed wire fence and shouting goodbye to him was the second big painful occasion that I went through."

“I forgot what freedom was all about,” said Grunwald. "From my window in Melk which was the last large camp that I was in. From the window, above the little village of Melk, I could see the residents walking around and on bicycles. And I could see mothers pushing baby carriages. And I was very envious of people that were free. And I felt isolated and forgotten. I was thinking ‘who even knows that we are here? How many people are aware that we are here totally isolated from everything? I fell sentimental, I guess, being free and being with my family living a normal life. I remember that clearly, those thoughts are still really fresh in my mind."

Nazi Germany and its allies established and ran more than 44,000 camps and ghettos.

But nearly half of Americans between the ages of 18 and 39 can’t name a single one according to the survey of 1,000 Gen Z-ers randomly selected across 50 states by Claims Conference.

“Because they are not interested in something that happened 75 or 80 years ago,” said Grunwald.

The Indianapolis Jewish Community Relations Council said part of the issues is education.

Teaching about the holocaust or genocide is only required in 15 states, Indiana is among them.

But where Holocaust Education Legislation has been passed, there isn’t necessarily training on how to teach about the holocaust. Welcher remembered his curriculum emphasized World War II, and the holocaust was mentioned.

“How we’re seeing this manifest today is that people don’t know how to prevent genocide or don’t know that it’s currently going on,” said Welcher.

Genocide is legally defined as “any of the following acts committed with intent to destroy, in whole or in part, a national, ethnical, racial or religious group, as such: killing members of the group; causing serious bodily or mental harm to members of the group; deliberately inflicting on the group conditions of life calculated to bring about its physical destruction in whole or in part1 ; imposing measures intended to prevent births within the group; [and] forcibly transferring children of the group to another group."

But Welcher said it’s important to understand and know genocide so that it can be prevented, through recognizing and understanding the waning signs.

The US Holocaust Memorial Museum’s Early Warning Project tracks ongoing mass killings that have resulted in the death of at least 1,000 noncombatant civilians who are targeted as part of a specific group over a period of one year or less.

According to their data there are mass killings occurring right now in 15 countries. Welcher said the JCRC is active in raising awareness in an effort to end genocides of the Uighurs in China and the Rohingya in Myanmar.

Speaking about surviving and witnessing one of the most horrific atrocities in our human history takes undeniable strength.

“Witnesses like me are slowly dying off,” said Grunwald.

Many survivors have shared their stories for reasons far bigger than themselves. Welcher said Holocaust survivors took a long time to come forward so that the world could say “never again.”

Grunwald said he started sharing his story 16 years ago “to basically fight any kind of racism.”

In an age where young Americans have access to knowledge available at their fingertips, not knowing about one of the greatest crimes against humanity, while survivors are still on this earth is a calamity.

“We need to try to do a better job of informing people what hatred and racism can do, is capable of doing,” said Grunwald.