Looking for events to do with the family on 4th of July Weekend? Here's a look at what's going on around Central Indiana. 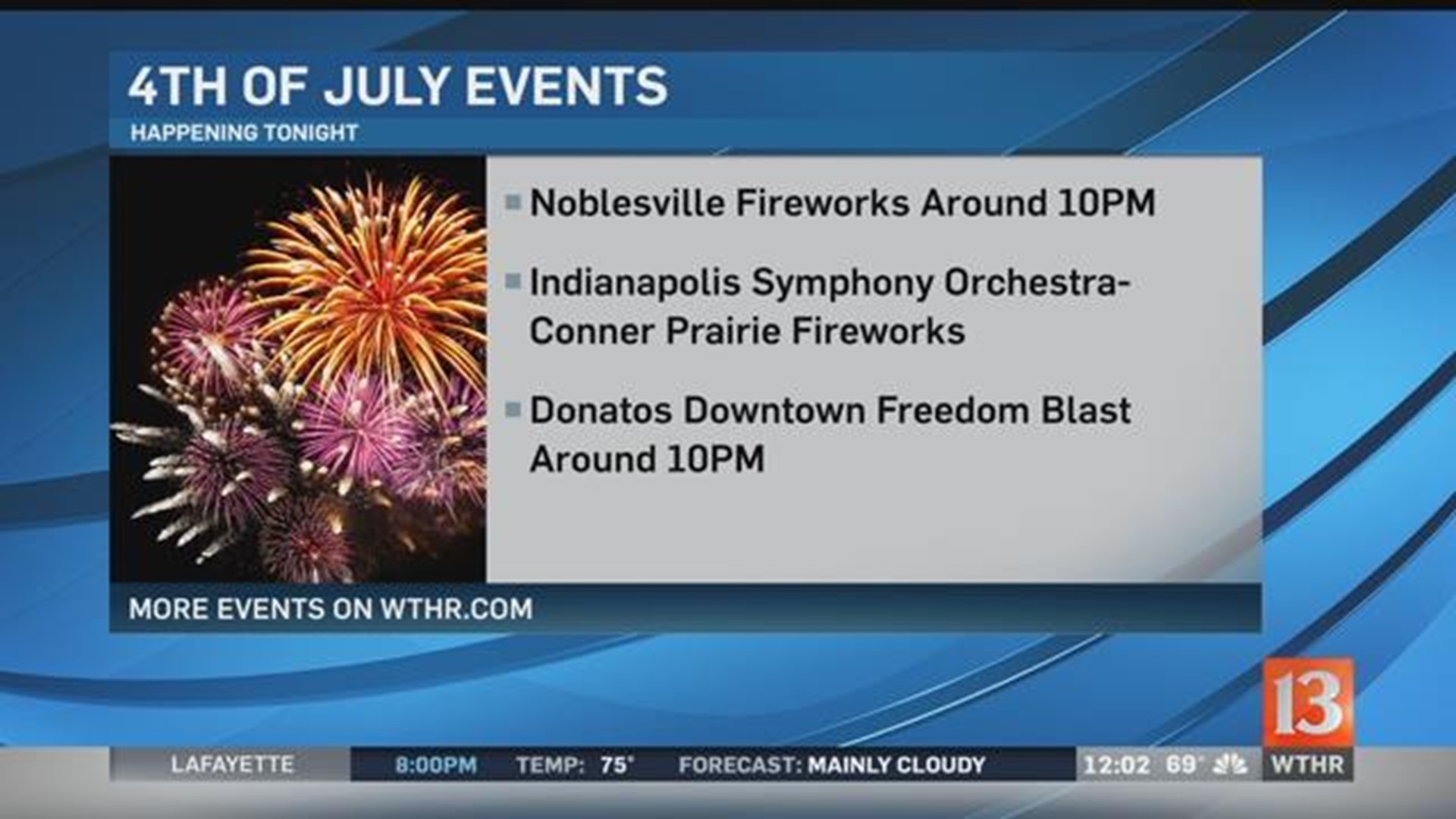 Looking for events to do with the family on 4th of July Weekend? Here's a look at what's going on around Central Indiana.

Concerts on the Canal – 5 to 9:30 p.m. at Indiana Historical Society

Donatos Downtown Freedom Blast – 6:30 to 11 p.m. at the Indiana War Memorial and Museum

Fourth of July Picnic on Mass Ave – 7 to 10 p.m. on Massachusetts Avenue

Party on the Plaza – 7 to 11 p.m. at Indianapolis City Market

In honor of the Fourth of July holiday, JCPenney will offer a 5 percent discount from June 29-July 4 to current and former military personnel and their immediate family members.

The discount can be combined with additional coupons and special offers. JCPenney will host a Fourth of July sale in-store and online at jcp.com from June 30-July 5 with exciting offers such as $1.99 Women's flip flops, $3.99 JCPenney Home Expressions bath towels, $4.99 Arizona® tees for Juniors, Young Men's and kids, 60 percent off swimwear for him and her and more. Customers can also use a coupon to get an additional 20 percent off when they use their JCPenney credit card.