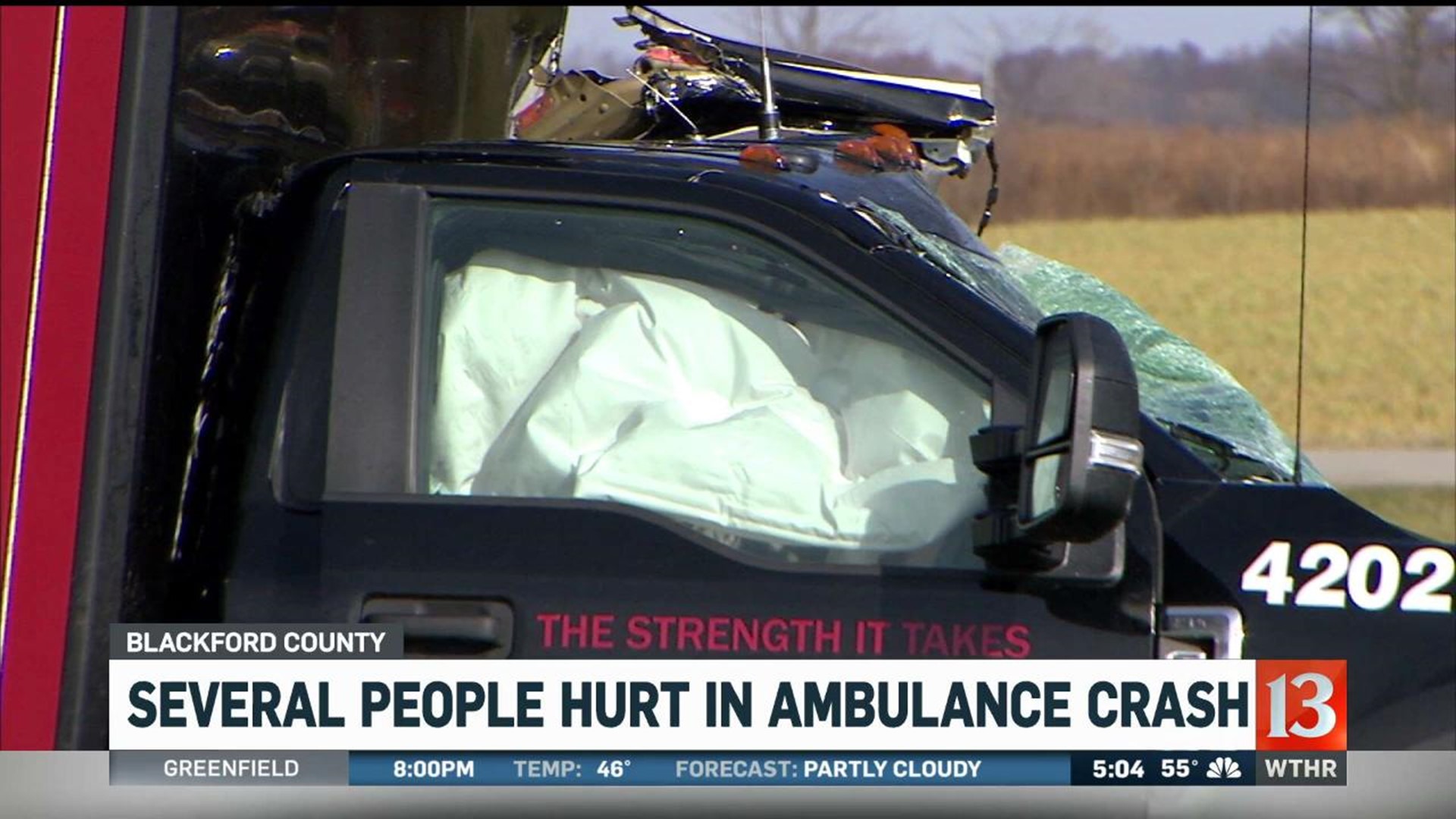 BLACKFORD COUNTY, Ind. (WTHR) - An ambulance that was responding to an emergency found itself at the center of another one Monday morning.

It was a horrific collision. The front of the ambulance was mangled almost beyond recognition.

"I thought the driver would be dead at the scene," Sones said.

Rex White was in his home watching TV when the accident occurred.

"I saw a bunch of smoke and heard the impact," White said.

The crash sent pieces of the ambulance flying into his yard.

"It sounded like a bomb going off," White explained. "A neighbor down the road half a mile heard the impact."

Police investigators say an IU health ambulance with a patient on board crashed into semi that had slowed down and was turning. Everyone on board survived the crash a witness said sounded like an explosion @WTHRcom pic.twitter.com/0cJmtFFDlF

The IU Health ambulance was transporting a patient from Hartford City to IU's Ball Memorial Hospital in Muncie.

According to investigators, the ambulance was southbound in the highway's northbound lane, passing slower moving cars when it came over a rise in the roadway.

The slower moving semi was ahead, turning onto a side road.

Skidmarks on the pavement showed the ambulance driver tried to stop and swerve clear of the truck.

"Saw the semi and it appears as if he tried to move back in to the southbound lane and clipped, rear ended the trailer," Sones explained.

The driver had to be cut from the wreck.

The driver and the two medics were awake and taking to first responders at the scene. They and their patient were rushed to the hospital. According to the sheriff, one of them is in the intensive care unit.

They obtained a blood sample from the truck's driver, but do not believe alcohol or drugs are involved.

Investigators say the ambulance had its warning lights on. They don't know if the siren was being used. They plan to examine the ambulance's onboard video camera and possibly the onboard computer as they look for additional clues to a near deadly accident.