3D portraits give blind students a feel of their faces

For the first time, the class of 2019 at the Indiana School for the Blind and Visually Impaired has senior portraits they can experience. 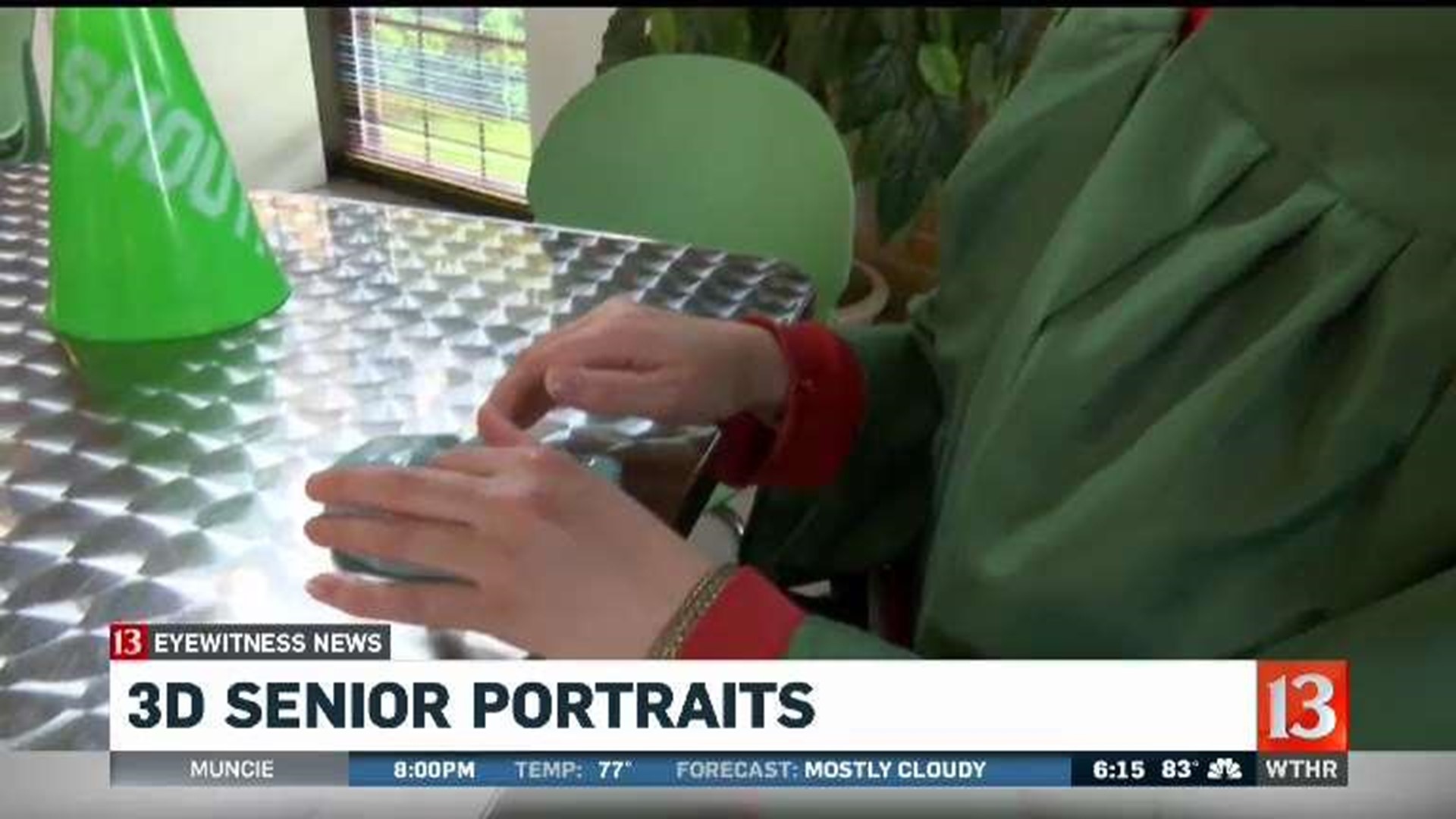 INDIANAPOLIS (WTHR) – A hallway at the Indiana School for the Blind and Visually Impaired is filled with senior class pictures and photographs that the students can't enjoy themselves.

But for the first time, the class of 2019 has senior portraits they can experience. 3D printed portraits are allowing graduating students to feel their faces on two-third scale models.

The students touched the model faces for the first time Thursday afternoon before graduation rehearsal.

"It looks like me,” said one student, running her fingers across the replica of her face. “It's just really cool and I like it."

"Just like me right there,” said a boy holding his 3D portrait. “It's got everything with the eyes, nose, mouth, eyebrows."

Kristina Roberts from Middlebury, Indiana, is headed to Ball State to study social work and education.

Roberts went completely blind a few months after birth because of detached retinas and optic nerve damage. But Roberts "sees" with her hands.

"I think that's it's really cool, the way that it captures all of the different angles and stuff,” said Roberts as she felt her 3D portrait for the first time. “Because when you see certain statues or things like that, it doesn't capture it exactly. I think that this does a really good job. Rather than like having some sort of blank piece of photo paper, at least that's what is seems like to me, I'll have some actual model that I can say, 'Wow! This was me my senior year.'"

The Indiana School for the Blind and Visually Impaired uses a 3D printer to help students learn through touching models.

"A picture's worth a thousand words. Well, we have found that a 3D object is worth a thousand pictures,” said Indiana School for the Blind & Visually Impaired Superintendent Jim Durst. “It has really expanded and enhanced the educational opportunities for our students."

The IUPUI School of Informatics and Computing produced the 3D faces. Professor Steven Mannheimer has conducted research at the Indiana School for the Blind and Visually Impaired for a dozen years.

"To be given an opportunity to work with these kids and hopefully discover something that improves their lives and tells us something larger about human understanding, human cognition, human perception - that's incredibly satisfying,” said Mannheimer.

The Class of 2019 graduates on Friday with a feeling no class before them has ever known.