Three firefighters were injured while fighting a fire at an apartment building on the northeast side Wednesday. 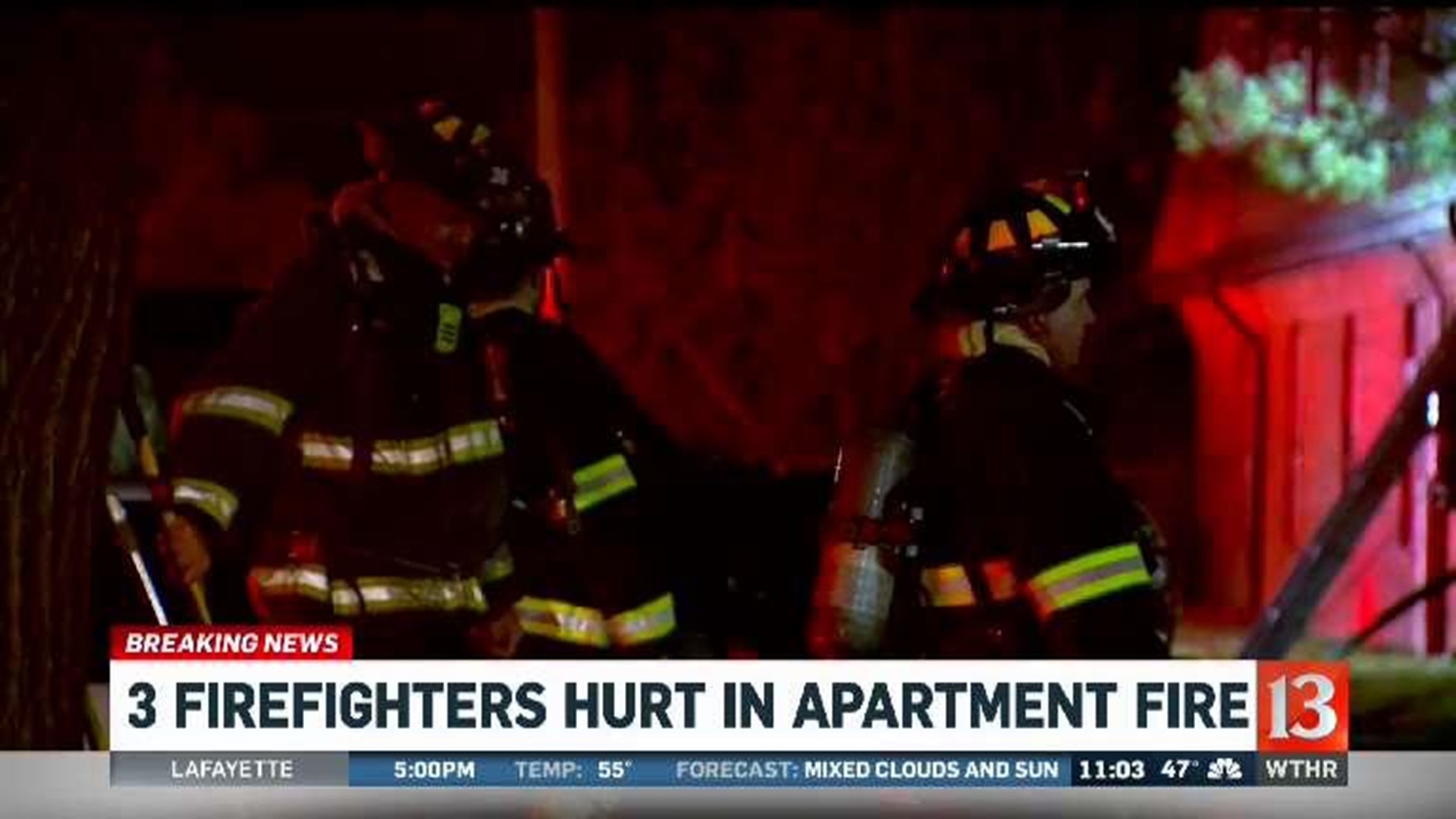 LAWRENCE, Ind. (WTHR) — Three firefighters were injured while fighting a fire at an apartment building on the northeast side Wednesday.

Firefighters were called to the fire near 42nd Street and Post Road around 8 p.m. Several units of the apartment building were on fire when crews arrived.

Two firefighters were injured when a floor they were standing on gave out. One of them fell all the way through, the other fell part of the way through the floor.

The cause of the third firefighter's injuries is not known, though all three were released from the hospital later Wednesday night.

One resident of the apartment could not be located for several hours after the fire, but was later found. It is not known how many residence were displaced by the fire.