2020 race for the White House comes to Indiana

The 2020 race for the White House was front and center in Indiana Tuesday. 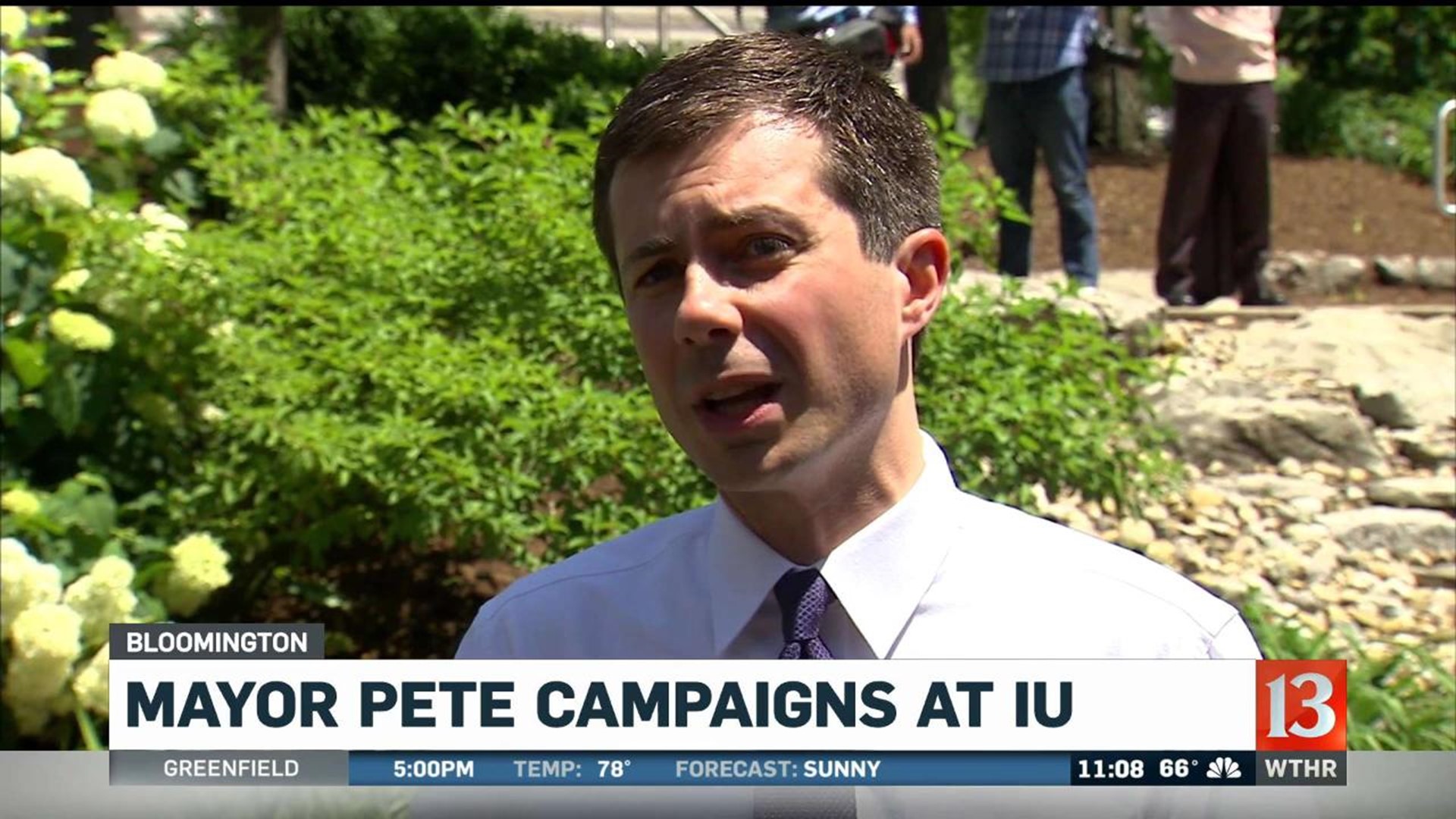 BLOOMINGTON, Ind. (WTHR) - The 2020 race for the White House was front and center in Indiana Tuesday.

South Bend Mayor Pete Buttigieg made a stop in Bloomington.

It was a capacity crowd at the IU auditorium on the Bloomington campus. Former Congressman Lee Hamilton handled the introduction.

"He is one of 23 democrats running for the nomination for President. That number may go up by this evening I am not sure," Lee Hamilton from the Hamilton Lugar School of Global and International Studies.

Mayor Pete Buttigieg quickly tried to distinguish himself in an area, foreign affairs, where many thought as mayor he might be found lacking.

Do you feel you bridged the gap from mayor to international leader with this speech Buttigieg was asked? "I hope so. It's important for people to understand the world view that from my work rather than a record of Congressional votes," he answered.

He told the crowd the President should not use tariffs as a tantrum, coddle Russia for a possible real estate venture or write love letters to a dictator.

"You will not see me exchange love letters on White House stationary with a brutal dictator who slaughters and mutilates his own people," he continued.

And Congress did not escape his wrath when he addressed the recent history of endless wars.

I asked Mayor Pete about the war of words between the President and former Vice President Joe Biden.

Do you fear an important speech like this will get lost in that today? "I am not too worried about the news of the day. It is important for me throw down a marker of my would view that will frame my campaign all the way to the White House," he replied.

"And what's not to like about a one time mayor from Indiana who cut his teeth as a Rhodes Scholar and Navy Intelligence Officer," he noted.

Then he went to say change had to start at the top.

"The pattern of decisions are made impulsively, erratically, emotionally and politically. Often delivered by early morning tweets," Buttigieg told the crowd.

He reaffirmed his commitment to the Iran Nuclear Deal, fighting terror and extremism.

He added that it's getting harder for America to maintain it's influence in the world.

"It's hard to speak out against a crackdown on a free press when our President calls our own news media the enemy of the people. It's hard to stand for human rights when we are turning away asylum seekers at our own borders," he stated.

An important speech but on the campaign trail it will all come down to name calling how do you counter that I asked him? "It may be on his side but I will not play that game. You can't go on his show and expect to win. The only response to his show is to change the channel and that is what we are trying to do," he said.

"I'm so excited to see Pete in Bloomington, Indiana. Seems like a flyover state sometimes with these candidates we don't have....this is an exciting time to be part of the national discussion," Jen Nuckles Stafford from Martinsville observed.

Indiana already has one man in the field and a second is in the hunt which means Indiana is not a political flyover state anymore.