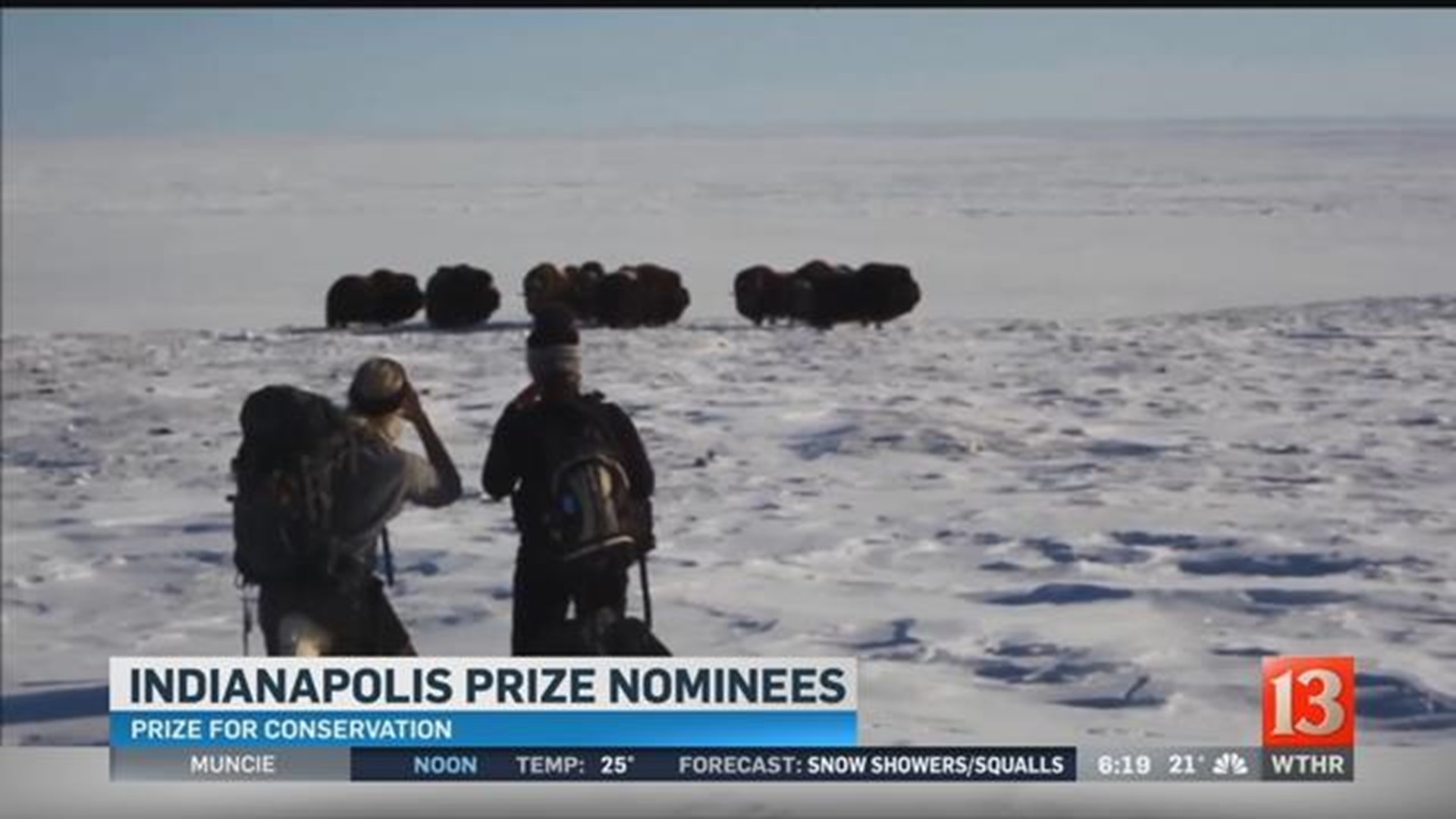 “The Finalists for the 2016 Indianapolis Prize are heroes in many senses of the word,” said Michael Crowther, president and CEO of the Indianapolis Zoological Society, which administers the Indianapolis Prize as part of its core mission. “They’ve sacrificed their own self-interests to help others, and they’ve overcome seemingly insurmountable obstacles. Our world is unquestionably better off because of these heroes and we hope others will not only take notice of, but also join in their noble work to save wild things and wild places.”

The roster for the 2016 Indianapolis Prize Finalists includes:

Joel Berger, Ph.D.: (Wildlife Conservation Society, Colorado State University) Dr. Berger strives to save flagship species like the muskox in the Arctic tundra and the wild yak of the alpine on the Tibetan Plateau. Beyond studying migration paths for large mammals, Berger’s actionable conservation models help researchers understand populations as modern metaphors for climate change. Berger was also a Finalist for the 2014 Indianapolis Prize.

Dee Boersma, Ph.D.: (University of Washington Department of Biology) Penguins, as sentinels of our oceans, have no greater champion than Dr. Boersma. For more than four decades she has studied Galapagos penguins, showing how these seabirds are indicators of environmental change. She has followed the lives of Argentina’s Magellanic penguins to help strengthen protections and conservation efforts for colonies, using her science to prevent harvesting, reduce oiling and secure marine protected areas.

Rodney Jackson, Ph.D.: (Snow Leopard Conservancy) One of the world’s foremost experts on the elusive, endangered snow leopard, Dr. Jackson
endures harsh winters and dangerous terrain to track these “ghosts of the mountain” and teach locals how to coexist peacefully with them. Jackson was also a Finalist for the 2008, 2010 and 2012 Indianapolis Prize.

Carl Jones, Ph.D.: (Durrell Wildlife Conservation Trust, Mauritian Wildlife Foundation) Understanding the importance of every small part of an ecosystem, Professor Jones has brought a dozen species back from the brink of extinction, including the Mauritius kestrel and echo parakeet. His revolutionary techniques have helped shape conservation work being done on the remote island of Mauritius, including the establishment of its first national park. Jones was also a Finalist for the 2012 and 2014 Indianapolis Prize.

Carl Safina, Ph.D.: (The Safina Center at Stony Brook University) A crusader for the ocean and its creatures, Dr. Safina works to effectively connect humans with marine species. He has pioneered innovative approaches to studying species ranging from reef coral to whales, and established a sustainable seafood program, bringing science-based criteria to consumers. Safina was also a Finalist for the 2010 and 2014 Indianapolis Prize.

The Winner of the Prize will receive an unrestricted $250,000 cash award while the five Finalists will each receive $10,000. In addition to the monetary award, the Winner will receive the prestigious Lilly Medal, a cast bronze medal showcasing the relationship between humans and the natural world. “Winning the Indianapolis Prize stands out as one of the highlights of my career,” said Dr. Patricia Wright, who in 2014 became the first woman to receive the Indianapolis Prize for her commitment to protecting Madagascar’s famed lemurs from extinction. “It is truly the ‘Nobel Prize’ of animal conservation and the 2016 Finalists represent some of the best and brightest minds in conservation."