Law enforcement officials have made two arrests in the Carmel Synagogue vandalism case. 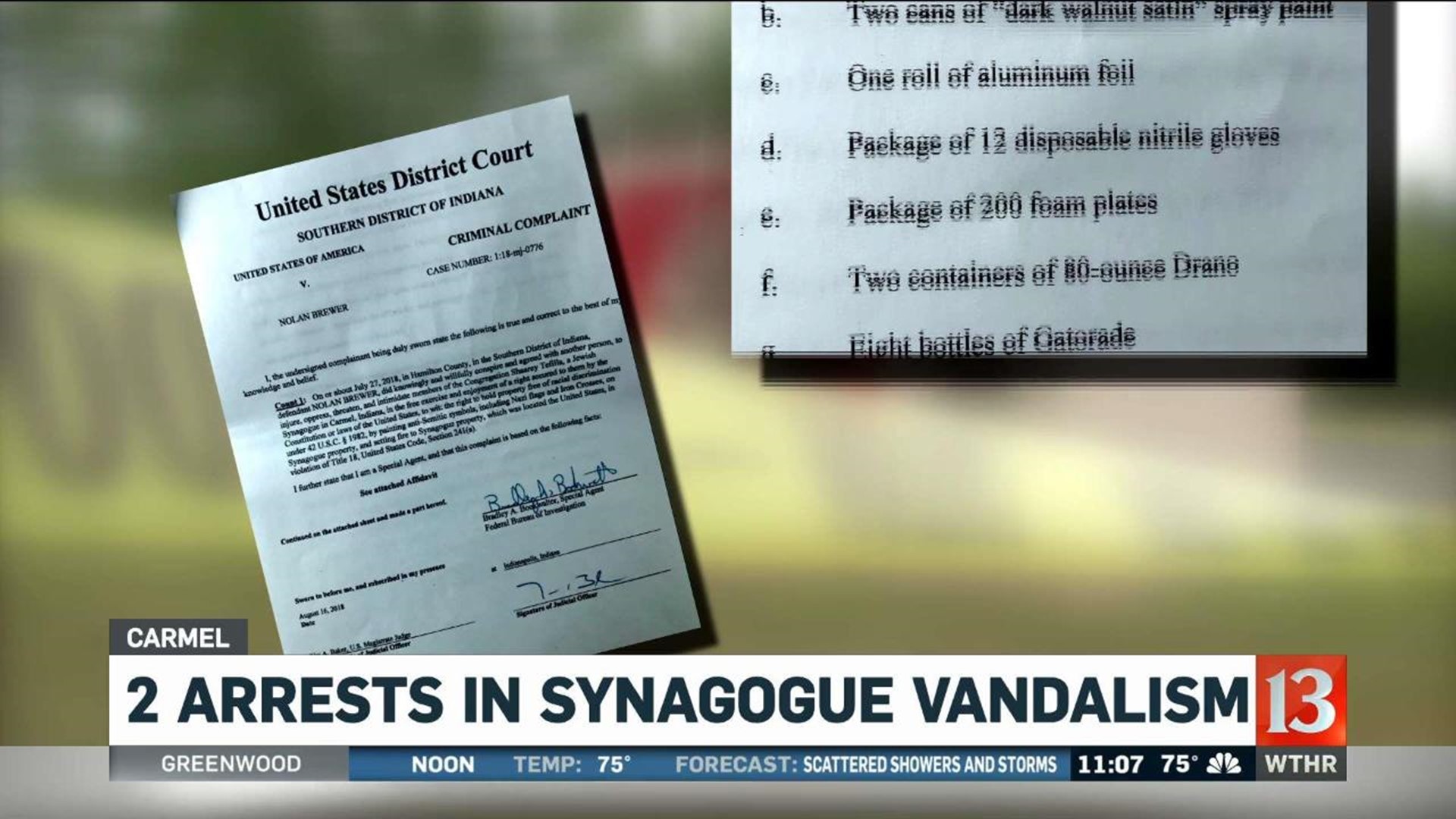 The Cloverdale man is facing a criminal complaint with conspiracy to violate civil rights.

A conviction on that charge can carry up to a 10 year sentence.

A co-conspirator is also under arrest.

"When a criminal act deprives our citizens of a constitutional right, law enforcement must respond," said Josh Minkler, U.S. Attorney.

Police say the two were caught on surveillance video purchasing red and black spray paint and bandanas from a Wal-Mart the day before the vandalism.

The U.S. Attorney says evidence found indicates Brewer may have intended to do more damage than he did. The fire that was set was not from an explosive device.

There is no evidence that Brewer was part of a larger group planning attacks.

The vandalism was first reported to police July 28.

Services continued as police and the FBI began investigating and looking at security video.

The Anti-Defamation League offered a $5,000 reward for information leading to the arrest and conviction of those vandals.

There was also a strong response from local leaders as well as Vice President Mike Pence saying, "These vile acts of anti-Semitism must end."

Sickened and appalled by the cowardly act of vandalism at Congregation Shaarey Tefilla; a beautiful synagogue in Carmel, Indiana where I have many good friends. Those responsible must be held accountable. These vile acts of anti-Semitism must end. https://t.co/0h6rKPilda

At the end of the legislative session in January, Indiana remained one of just five states without a hate crime law.

The push to adopt one failed in a Senate committee.

The chairman decided not to take a vote because of disagreements over the wording.