A two-year-old boy has died following a shooting at a northwest Indianapolis home. 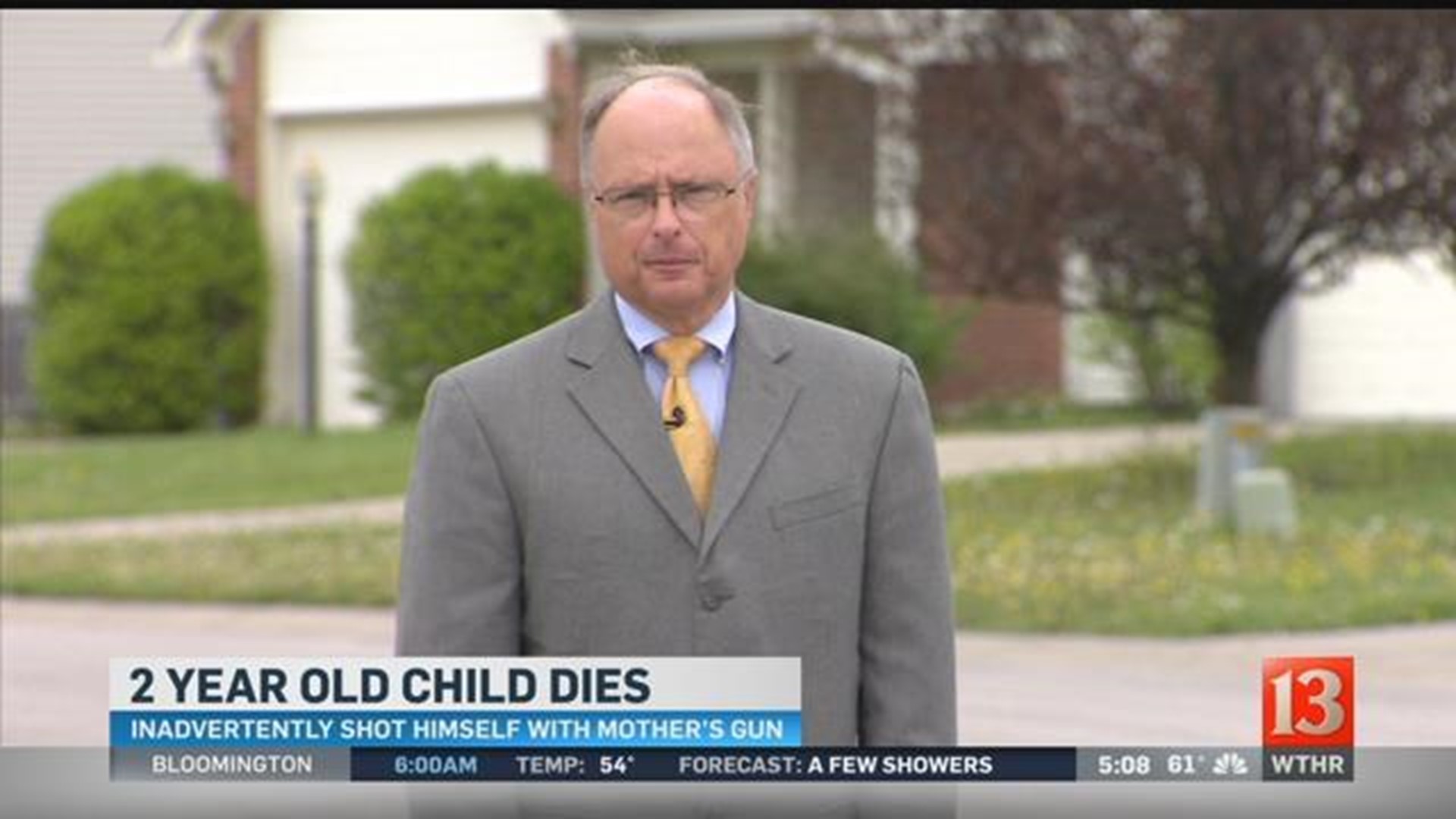 The shooting happened around 9 p.m. in the 5200 block of Alameda Road, near W. 52nd Street and W. Kessler Boulevard North Drive.

Police said around 6 a.m. Thursday that the boy shot himself after retrieving a gun from his mother's purse that was sitting on the kitchen counter. His mother had stepped away.

The mother is cooperating with the death investigation, police said.

"Officers received a radio run of a child shot. Upon arrival, they located a two-year-old young boy that was shot in the center of the chest," said IMPD Capt. Don Weilhamer.

Despite repeated CPR attempts, the boy was pronounced dead at Riley Hospital for Children at IU Health.

"We believe it was accidental, but we're talking a very preliminary investigation," Weilhamer said.

Police are trying to determine if the child accidentally shot himself.

Neighbors say the mother and child had returned home a short time before the shooting.

"If this is actually self-inflicted, it's important for people to realize you need to keep your guns up," Weilhamer said. "But, like I said, it's too early at this point in time to say exactly what happened."

"I believe in that. People shouldn't have guns in their house, especially when they have kids, small kids," Jones said.

IMPD offered safety tips for gun owners "to ensure the safest environment with guns and kids":