2 teens shot near I-65 at Southport Road

The shooting happened just after midnight Friday on I-65 at Southport Rd. 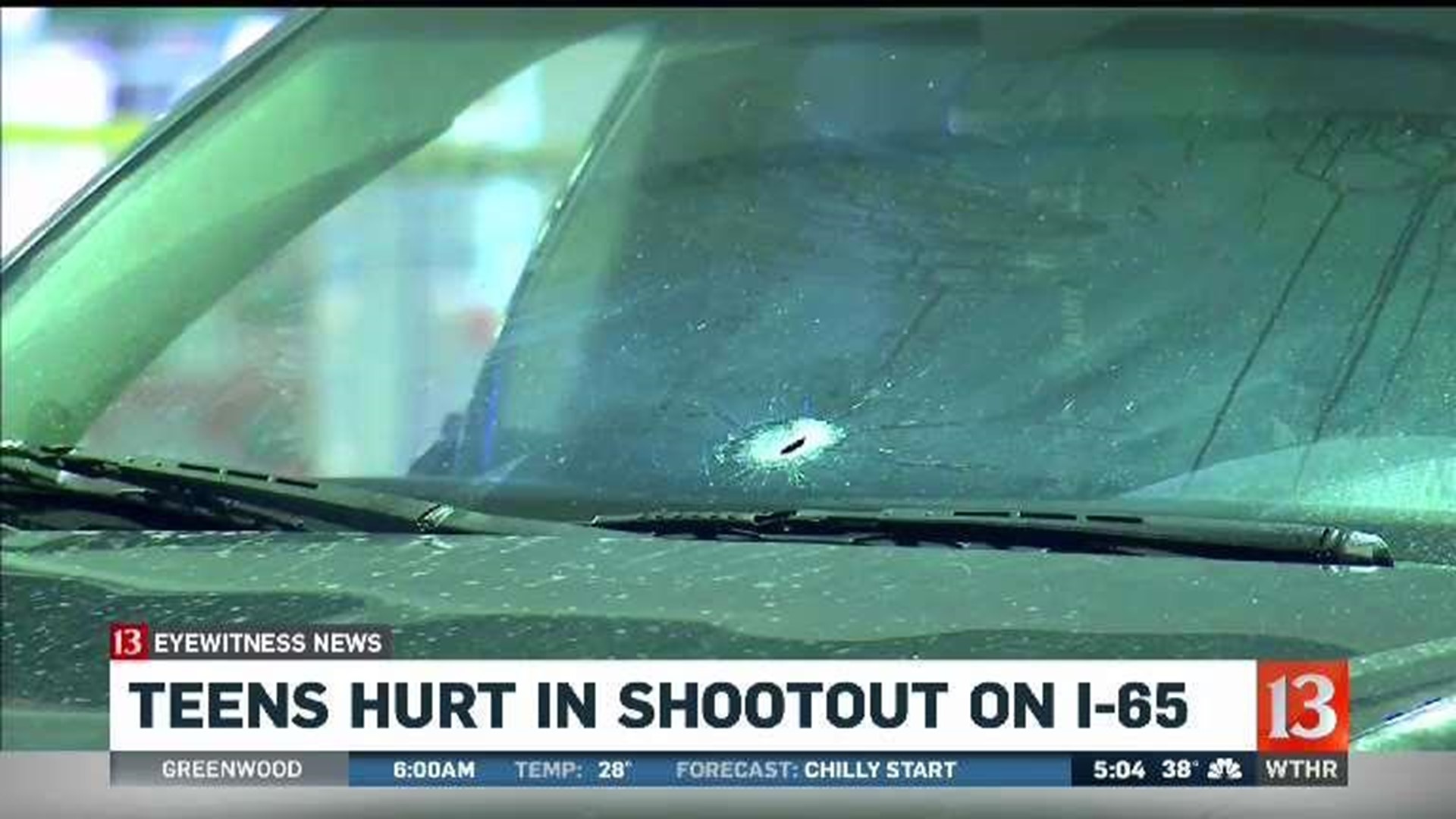 Metro police officers were first on scene. Dispatchers had received reports of the sound of gunfire and learned the about a shootout involving young drivers taking place on the highway.

Shootings involving teens are happening all over the country. A study by the Centers for Disease Control and Prevention shows child gun deaths number more 2,700 annually. The study also shows that 14,500 kids are injured by gunfire each year, and the daily average for shootings involving kids is around 47.

In this case, troopers used evidence markers to show the many shell casings at the crime scene.

Police believe the victims know more about the shooters but won't say. Still, investigators have learned about possible gunfire from a third car involved, described as having a large rust spot on the back, seen speeding away from the area.

Although police believe this was no random act of violence, they are not getting the cooperation they need from those involved. Anyone with information on the case can call Crime Stoppers anonymously at (317) 262-TIPS. All calls to the tip line are confidential.