1 dead, 3 other teens injured after vehicle crashed into pond

One of the passengers is in critical condition. The driver and another passenger are in good condition. 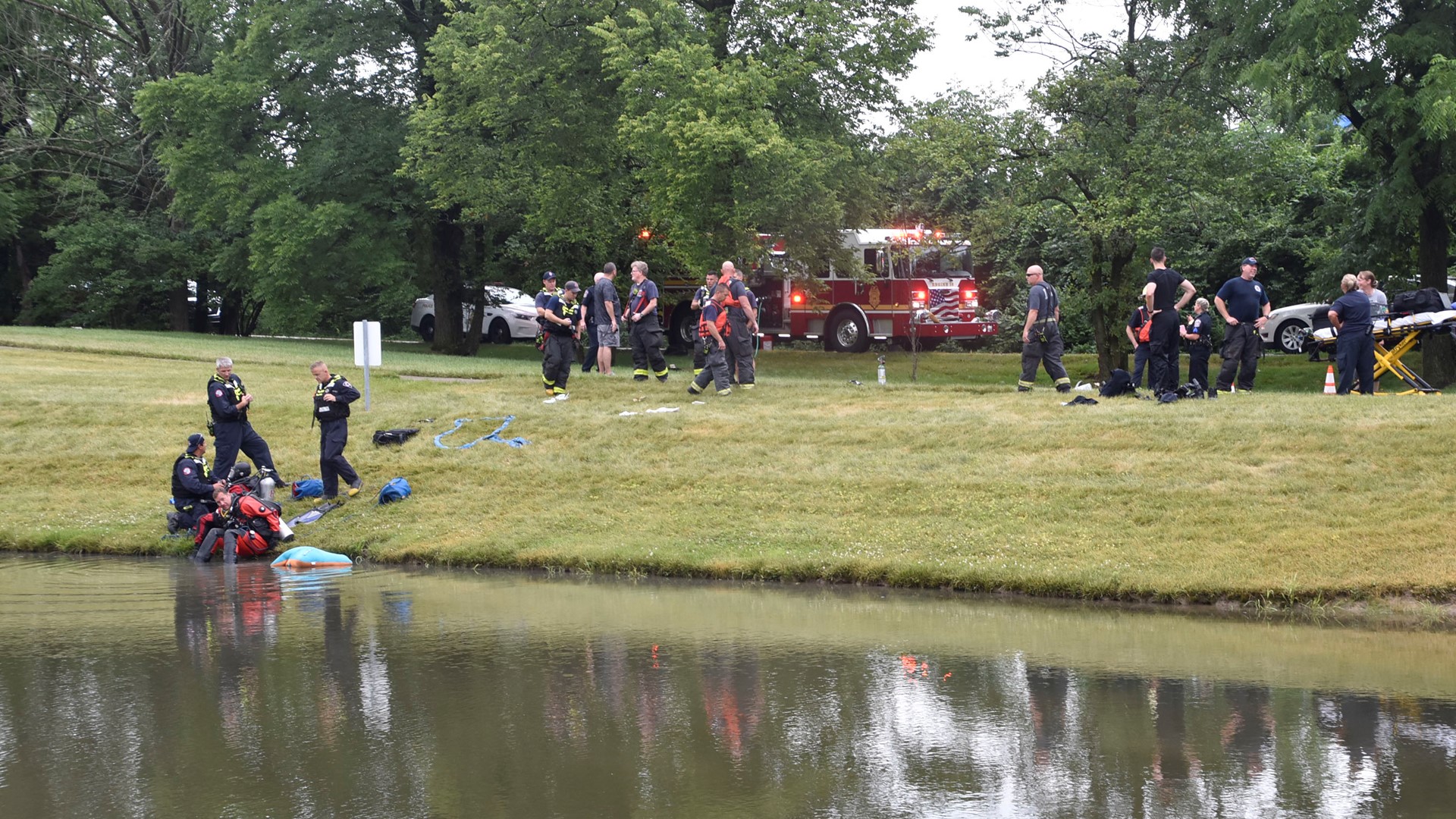 INDIANAPOLIS — A 16-year-old girl died and a 16-year-old boy is in critical condition after a vehicle crashed into a pond Saturday evening. The 17-year-old-driver and another 16-year-old passenger are in good condition.

The crash happened around 7 p.m. in the 7800 block of Ashtree Drive near Shelbyville and Stop 11 roads.

Officials say witnesses told firefighters that they saw the car westbound on Frye Road, traveling at a high rate of speed when for some unknown reason, it left the road and hit the tree and went into the pond in about 12 feet of water. It's unclear whether the wet pavement or the curve in the road contributed to the cause of the accident.

Witnesses and IMPD officers, who were in the area before fire crews arrived on scene, went into the water to rescue the two passengers who were trapped in the vehicle.

One of the officers was able to bring the 16-year-old girl to the bank where they attempted CPR. The girl was taken to Community Hospital South where she was pronounced dead.

The second victim trapped in the vehicle, a 16-year-old male, was brought to the surface by an IMPD officer. The teen was transported to St. Francis South where he was listed in critical condition early Sunday morning.

The Marion County Coroner's Office has identified the 16-year-old girl who died as Ella Magyer.

"IMPD officers are credited with giving two young teens the best chance at survival," IFD Battalion Chief Rita Reith said in a news release. "The quick and selfless actions of these, on duty IMPD officers, who were nearby and heard the call, was nothing short of heroic by all accounts."

The IMPD officer who went underwater to rescue the two teens was described by Reith as 25 years old and a three-year veteran of IMPD. He told firefighters he was comfortable in the water because he was a swimmer in college.

It is unclear whether anybody in the car was wearing a seat belt when the car crashed.

EDITOR'S NOTE: This story previously identified the victim who died as 15 years old. It has been updated to clarify that the coroner reported she was 16 years old.