A Saturday night apartment fire on the east side of Indianapolis sent a man and a woman to the hospital and displaced six others. 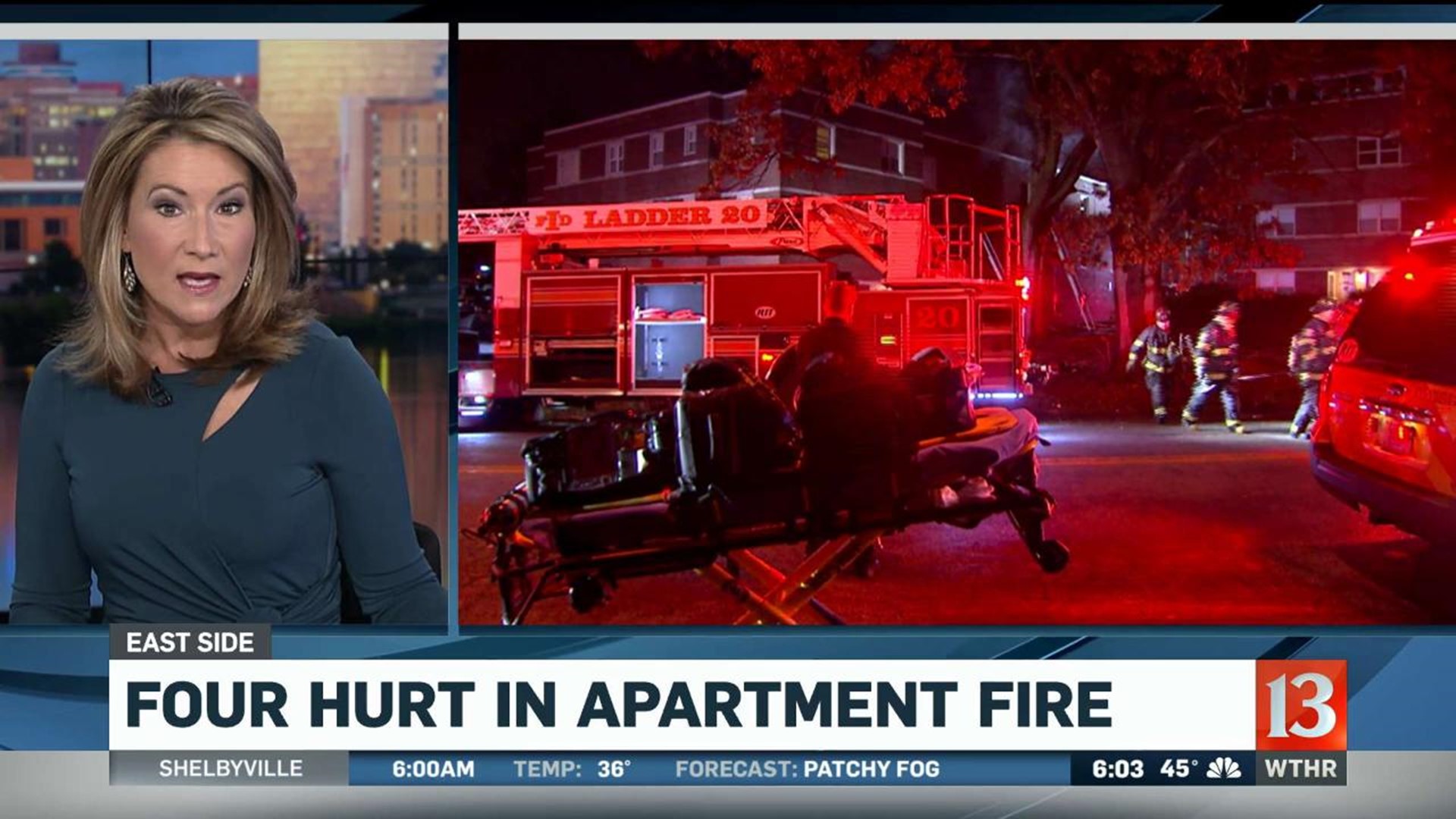 INDIANAPOLIS (WTHR) - A Saturday night apartment fire on the east side of Indianapolis sent a man and a woman to the hospital and displaced six others.

Two IFD firefighters were also injured in the two-alarm fire that started around 10:20 p.m. at the Bankers Lane Apartments between Washington Street and Pleasant Run. Their injuries are not life-threatening.

A 25-year-old woman is in serious condition at the hospital Sunday morning after firefighters found her semi-conscious inside a second floor apartment and carried her to the window before bringing her down ladder.

Metro Police officers were originally called to the building at 10:23 p.m. for a disturbance, found the fire, and began helping people get out.

One officer grabbed an air mattress from the building and talked a 55-year-old man into jumping from a second story window onto the air mattress. That man was taken to the hospital for injuries that were not serious, according to a media statement from IFD.

Firefighters also brought a 56-year-old man down a ground ladder from the second floor. He was not hurt.

If you’ve ever wondered just how hot it gets inside a 🔥structure, ✔️out the thermal damage done to gear worn by the #IFD FF that rescued an unconscious woman last night, at 31 Bankers Ln. We know that saving lives is not without risk which is why our protection matters too pic.twitter.com/pgWzA8FkNv

The cause of the fire is still under investigation.