2 confirmed dead in I-69 head-on crash near Anderson

The overnight crash closed southbound I-69 at the MLK exit for several hours. 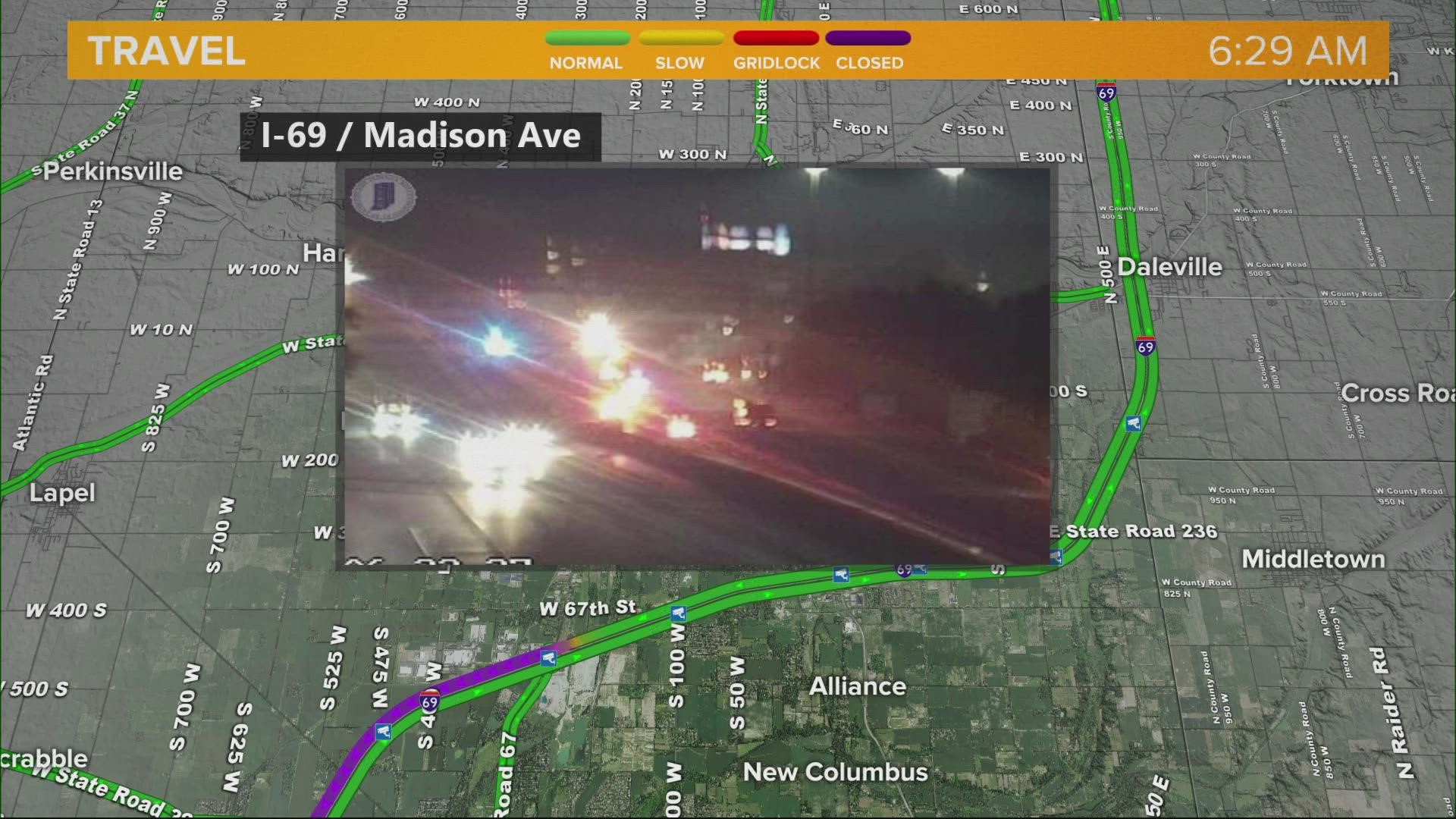 The crash occurred just after 4 a.m. between the 222 and 223-mile markers and shut down the southbound lanes heading from Anderson to Pendleton. Traffic was diverted at the Martin Luther King/State Road 67 exit.

According to the Herald Bulletin, Madison County Coroner Dr. Troy Abbott identified the deceased as Bobby Marling, 60, of Anderson, and Sean Barksdale, 19, of Fishers.

Anderson Police reported Barksdale was driving a Mercedes that was traveling the wrong way and collided with the Mazda that Marling was driving southbound. Both men were pronounced dead at the scene.

The crash is still under investigation.