2 arrested after south side chase 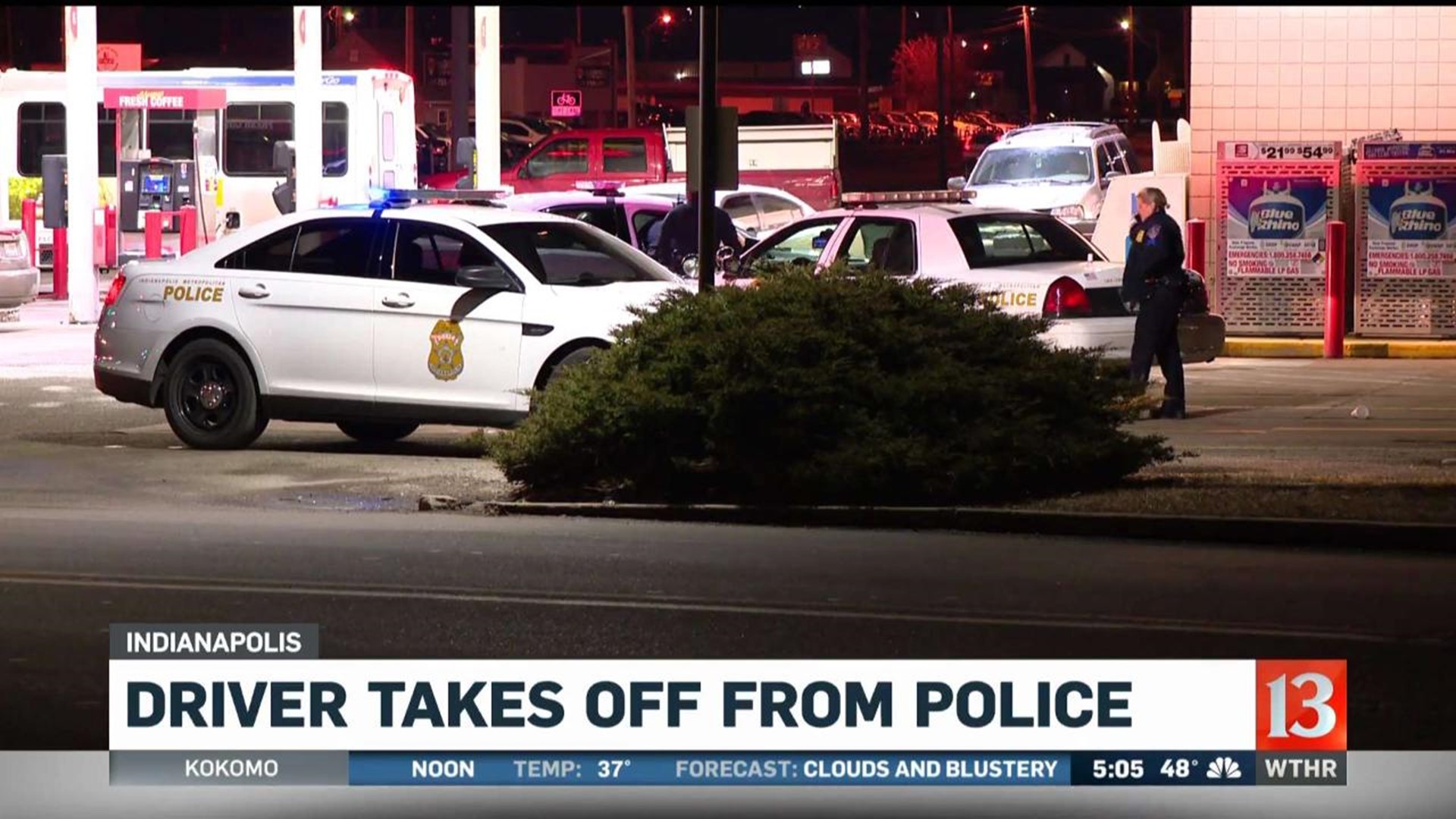 IMPD says gunshots were fired when officers tried to stop a fleeing car.

It happened just before 8 p.m. around Epler Avenue and Madison Avenue on the south side.

Police say the driver refused to pull over and a short pursuit ensued.

The chase took officers to a dead end street in the 1500 block of East Gilbert Street. When an officer approached the vehicle, the driver made a U-turn and sped toward her.

An IMPD spokesperson said the officer then fired her weapon at the suspect's vehicle.

The driver fled and briefly eluded officers until another pursuit began about 30 minutes later, this time along U.S. 31 north of Greenwood.

Police say the driver struck vehicles, including patrol cars, in the alleged second attempt to flee.

Police stopped the vehicle in the 900 block of U.S. 31 North in Greenwood. The suspect was taken into custody.

Police corrected an earlier report which said shots were exchanged during the chase.

No one was injured.