Family loses everything in apartment fire on Indy's southeast side

IFD is encouraging people to make plans for a fire-safe home ahead of the winter months, such as cleaning the chimney and keeping a screen in front of fireplaces. 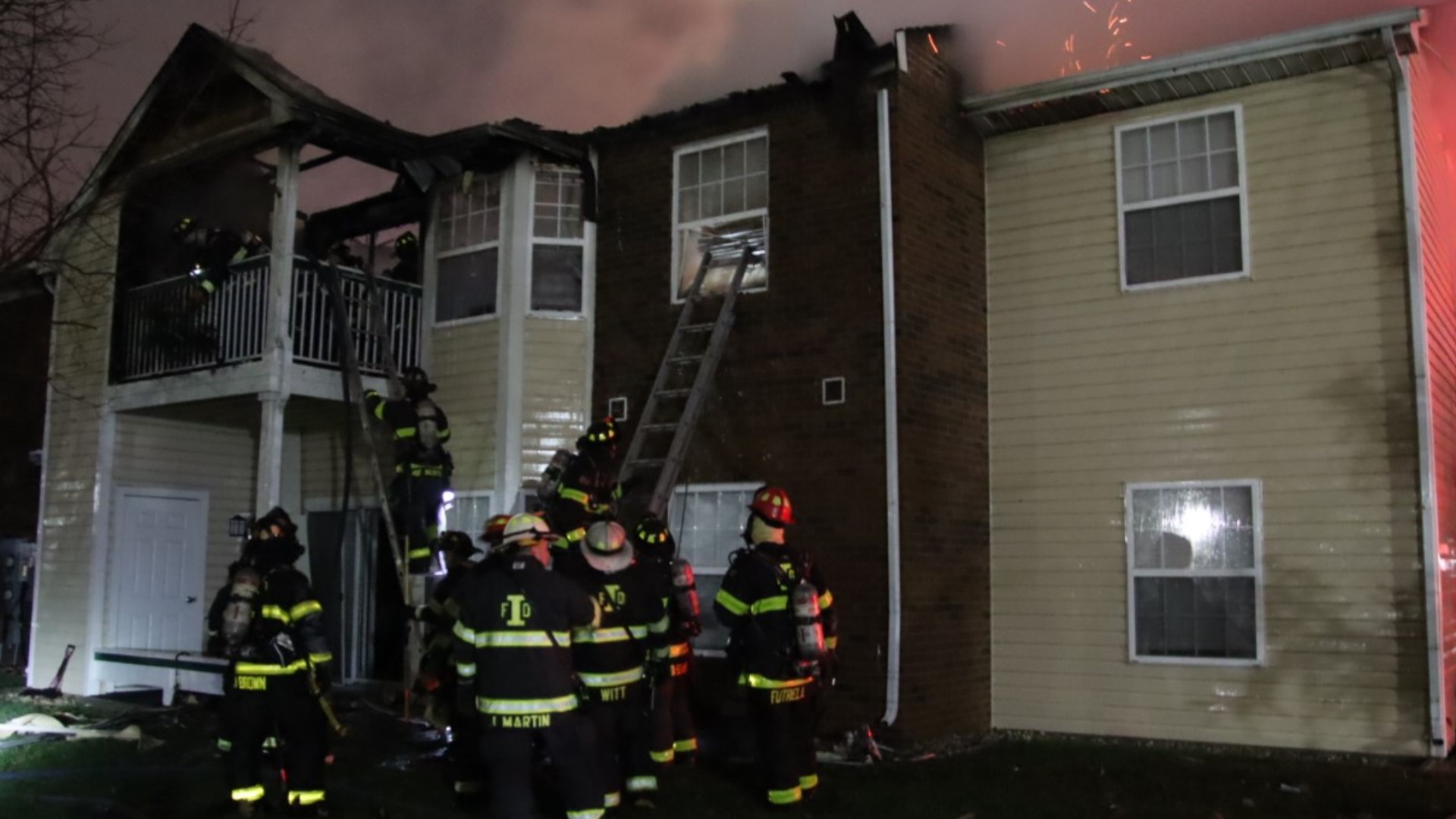 INDIANAPOLIS — The Indianapolis Fire Department was called to the city's southeast side Monday night after embers from a wood-burning fireplace started a fire at an apartment complex that spread to multiple units.

Firefighters were called to the Lakes of Windsor Apartments, near East Southport Road and Emerson Avenue, around 9:45 p.m.

Andries Steele, 34, and his wife, Whitney Steele, 35, told firefighters they were using their wood-burning fireplace. They were putting out the fire before going to bed with their daughter and grandson, when Andries told firefighters he saw an orange glow coming from a nearby vent.

Neighbors then alerted the Steeles the building was on fire.

An IFD spokesperson said working smoke alarms and neighbors helped everyone get out safely, although the Steeles lost all of their belongings in the fire.

Andries told firefighters that embers from the fireplace likely made their way into the attic space.

Eight units were affected, and 19 people were displaced as a result of the fire.

IFD is encouraging people to make preparations for a fire-safe home ahead of the winter months, such as cleaning the chimney and keeping a screen in front of fireplaces.

RELATED: Dozens evacuate after 2 fires in 6 hours at apartment complex on city's northwest side