Families had to register ahead of time and had specific 30-minute windows to arrive, due to COVID-19 changes. 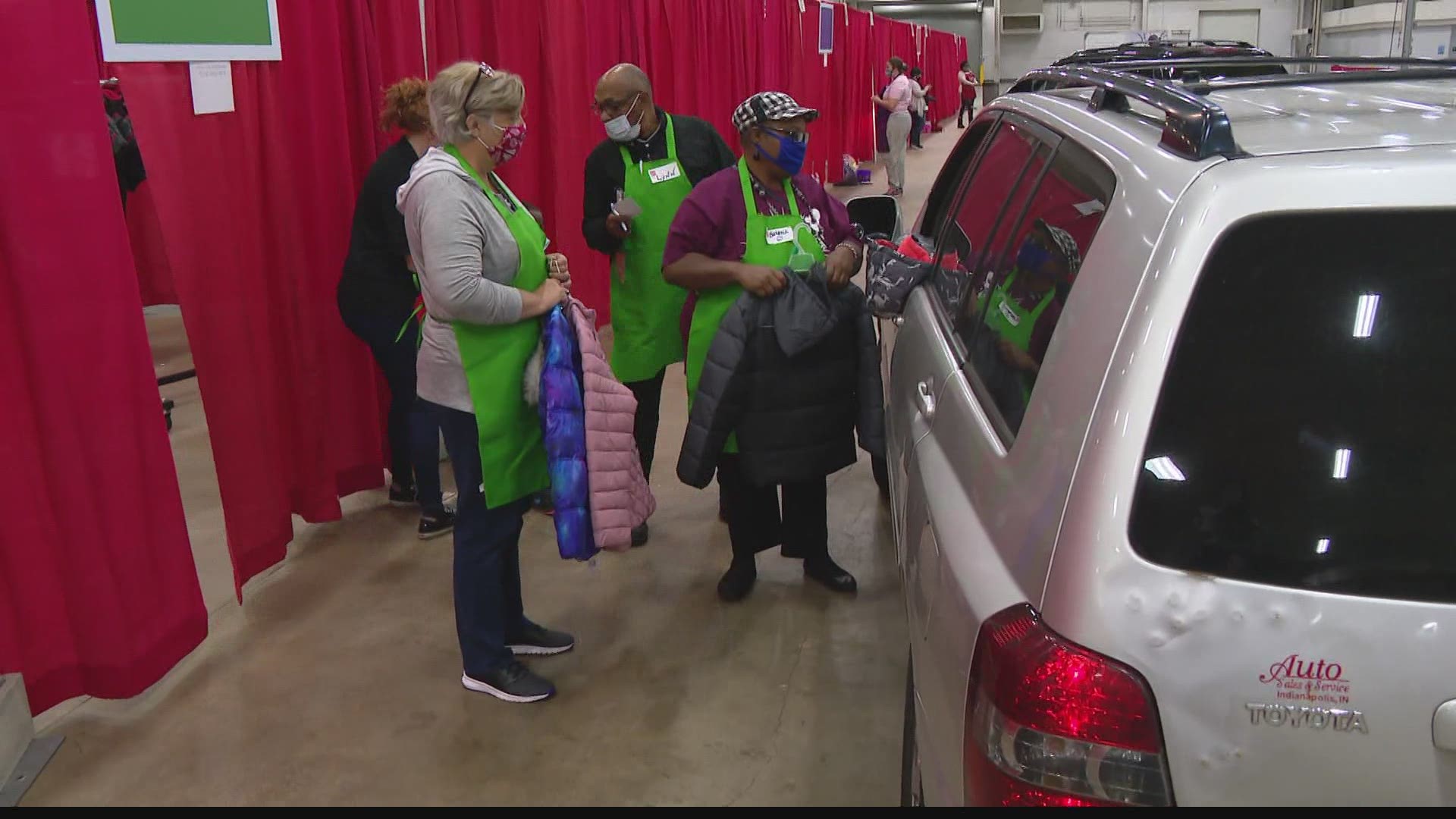 At least 1,800 kids have new winter coats after participating in Coats for Kids distribution day.

In the years prior to the pandemic, families would line up outside the Indiana State Fairgrounds hours before the Salvation Army Indiana Division’s Coats for Kids distribution day.

Classic Cleaners said this is their second year partnering with the Salvation Army and 13News for Coats for Kids.

Michael Washington of Classic Cleaners said that last year, some families lined up five hours ahead of the event.

This year's event was socially distanced due to the pandemic.

“We went to a pre-appointment drive-thru system,” said Major Mark Johnson, who overseas all of Indiana for the Salvation Army.

Families had to register ahead of time and had specific 30-minute windows to arrive.

Volunteer greeters approached the vehicles at one of four stop points and asked how many children they had and their coat sizes.

A few coat options were held up by the volunteers and once the coat was selected, each child also received a hat, gloves and scarf.

Due to the current economic climate, demand most likely went up, but organizers said the donations did as well.

The Murphy family has been donating and volunteering with Coats for Kids for more than a decade. This year, they provided all of the hats and gloves that each child received with their coat.

Brothers Bill and David Murphy said they're carrying on a family tradition.

“Mom and dad were [Salvation Army] bell ringers for many years," Bill said.

Prior to their passing, Bill and David’s parents provided hats and gloves to the Salvation Army and did whatever they could to make sure every child had what they needed to keep warm, and it has now become a family tradition.

Twelve Murphys across at least three generations came to volunteer on Coats for Kids distribution day, and it’s a family tradition they hope to continue for years to come.

If you are in need of a winter coat, or apparel or anything else and were unable to pre-register for Saturday’s Coat for Kids distribution event, you can dial 211 to be connected with another organization that will help provide you or your family with whatever they may need.