180-foot radio tower comes down during storms in Russiaville

Wind gusts of up to 100 mph brought down a 180-foot communications tower in downtown Russiaville in Howard County early Thursday morning. 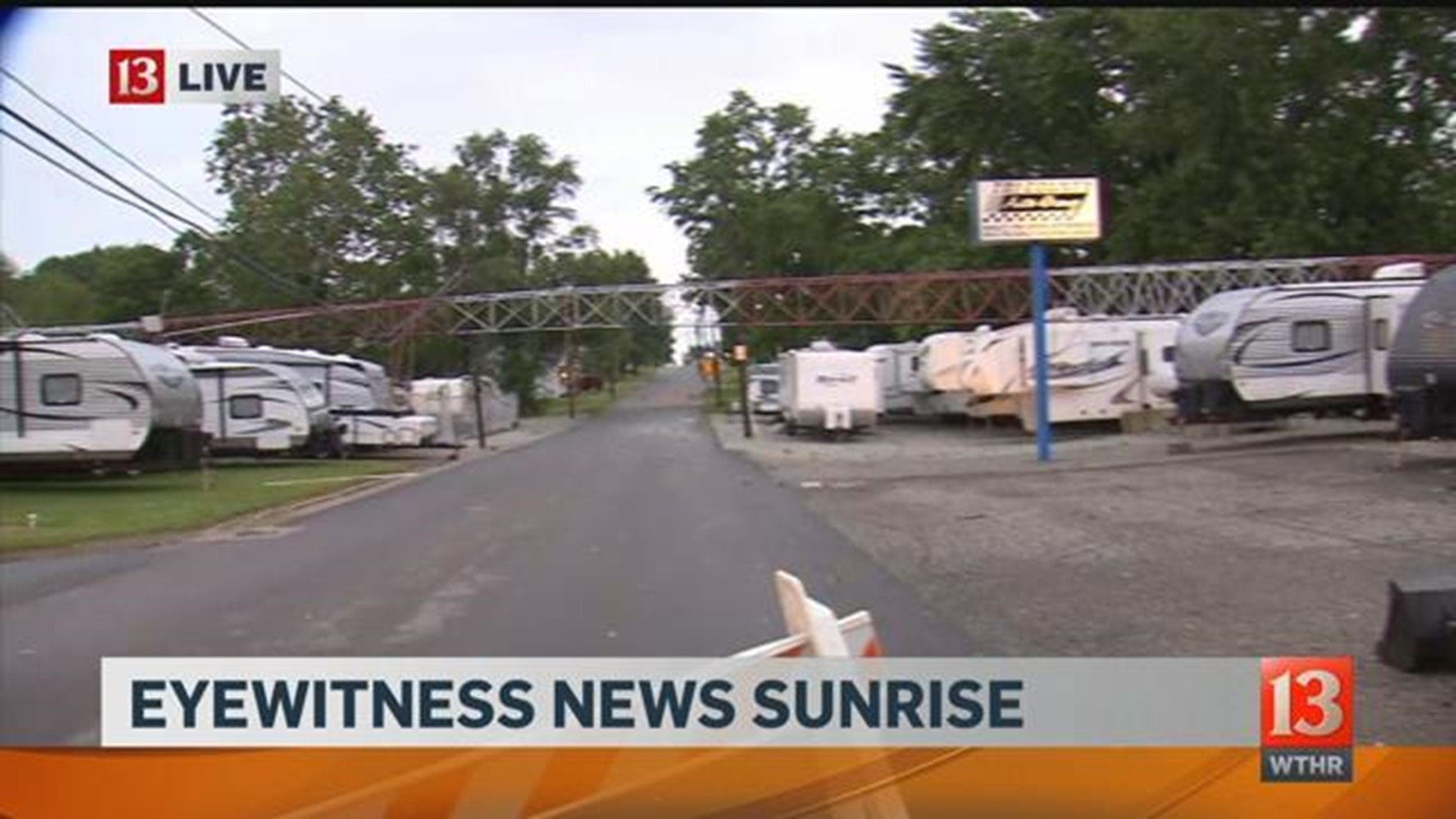 Wind gusts of up to 100 mph brought down a 180-foot communications tower in downtown Russiaville in Howard County early Thursday morning.

The tower came down at Union and Stewart Streets, coming to rest on an RV dealership and damaging several vehicles as well as the building.

Steve Jones owns the business, and he spoke to Eyewitness News Sunrise about what happened.

The radio tower is used for broadband internet service as well as ambulance and police communications in the area. Jones and his wife run Start of the Art Communications, which is the internet company that the tower services. Local ambulance services and the Howard County Dispatch Center also have equipment on the tower. It also was part of a repeater system used for the local SkyWarn network for amateur radio operators.

The tower narrowly missed a propane tank when it fell, but it struck Jones' RV dealership, Tri-County Travel Trailers, across the street.

Jones says he lives about ten miles northwest of Russiaville. The local police department called him to tell him the bad news, but he's just thankful no one was injured.

"That's all that's important. Nobody got hurt. It's all property damage and that's things we can fix and replace," he said.

Duke Energy won't be able to get crews out there to shut the power off until around 4:30 am. Jones has also contacted his insurance company, but it will take some time to get a crane out there to remove the tower. Climbing crews will move the communications equipment to a local water tower to get those services back up and running.