We're heading into the busiest donation time of the year for charities. There's usually a big push for donations the last couple months of the year -- especially around the holidays. 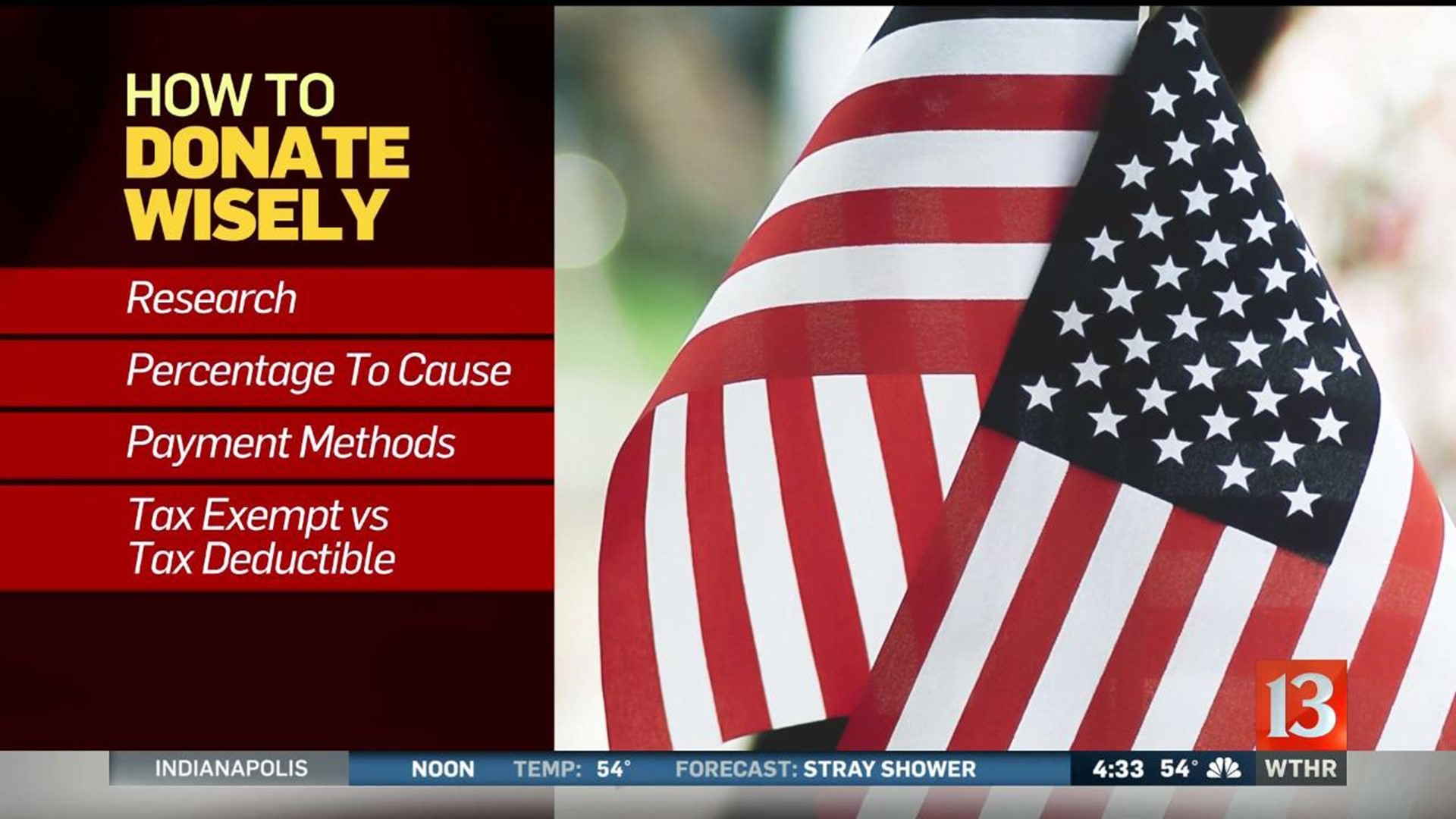 INDIANAPOLIS (WTHR) — We're heading into the busiest donation time of the year for charities. There's usually a big push for donations the last couple months of the year -- especially around the holidays.

The last three months of the year also have some pretty big causes associated with them: October is Breast Cancer Awareness Month; Veterans Day and Thanksgiving are in November; and December sees major gift-giving holidays like Christmas and Hanukkah.

It turns out the number of charities can be overwhelming: the IRS alone recognizes 1.7 million different charitable organizations in the United States.

Take breast cancer for example. There are roughly 250,000 new cases reported each year -- meaning almost all of us know someone impacted by it.

There are events throughout the year like the Race for the Cure run and walk to raise money for research.

Susan G. Komen is a legitimate organization, but sadly the Better Business Bureau says not all of them are, and it can be confusing to sort through them all.

The Federal Trade Commission says here's what to consider: first, there may be celebrity endorsements for some charities, but that doesn't necessarily mean that's a good thing.

You want above 60 percent of the money raised to go to the cause and not to overhead or other costs.

There are also several variations of the iconic pink ribbon, so be sure to know which one benefits which charity, which brings us to this major point: there are more than 1,000 organizations in the fight against breast cancer.

Find the specific organization's website and what it claims to do. It should also make obvious the percentage that goes to the cause.

Also, be aware of payment methods. If it asks for gift cards or wire transfers, that's a huge red flag.

While you'll want a receipt, don't think you can automatically write it off your taxes, which is tax deductible.

A number of agencies have put together a database allowing you to quickly type in the charity’s name and immediately find out crucial information:

You may also use the Tax Exempt Organization Search from the IRS to see if your donation is in fact tax deductible.

Charities are being encouraged to reinforce their infrastructure to protect against cyber threats.

Hackers can access networks and computers, giving them access to your personal information after you've donated, but that's not the only threat.

With so many companies and organizations reporting their websites getting hacked or hit with a data breach, it is best to try to use virtual credit card numbers whenever possible. Many banks and credit card companies issue them for free, preventing your real number from making it to other sites.