11-year-old PJ didn't hesitate when he saw his Grandma struggling. He leaped into action, and behind the wheel to save her! 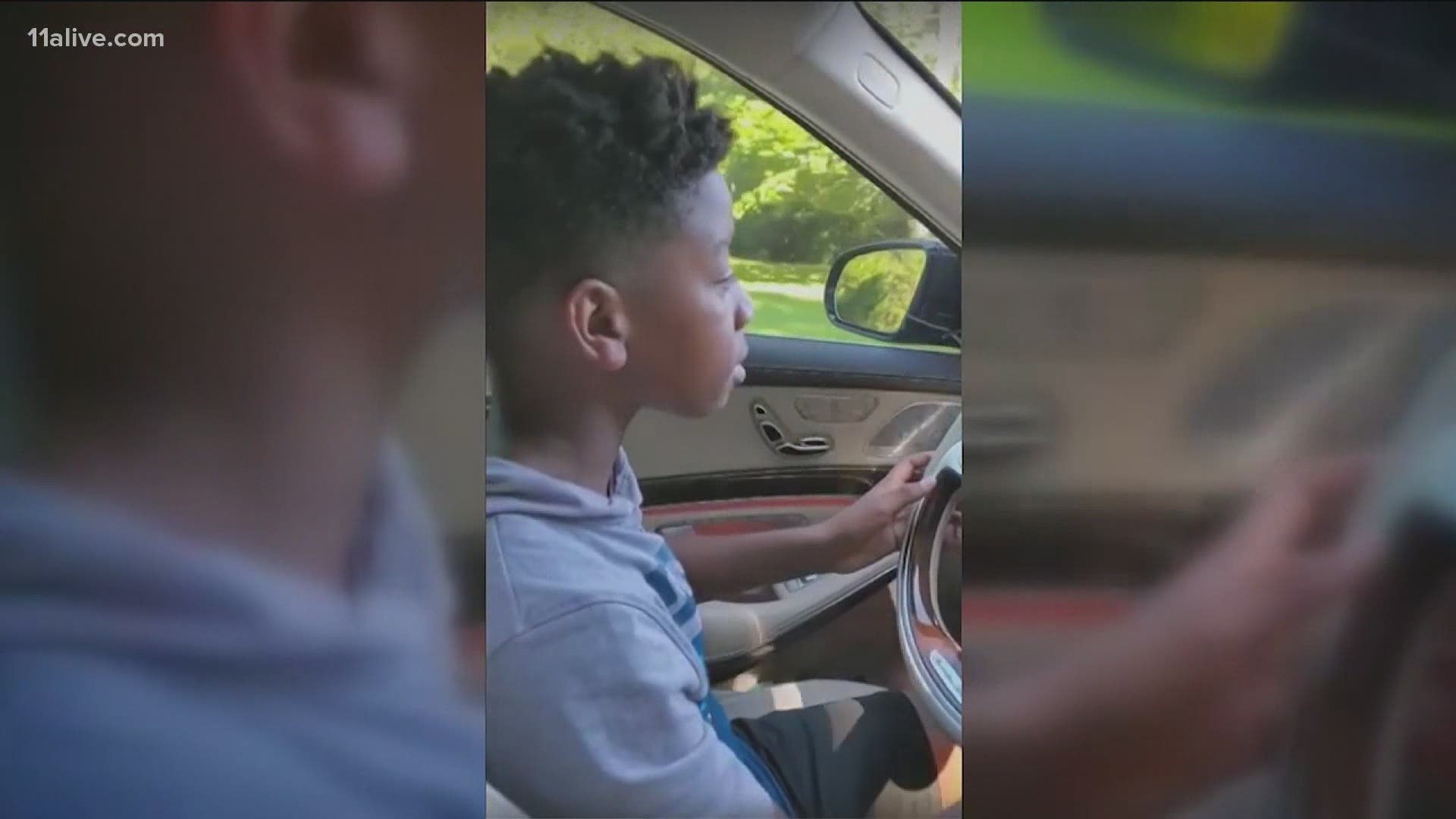 An 11-year-old boy saved his grandma in the coolest way possible.

When she started having medical trouble, he drove her to safety in her own Mercedes-Benz!

11Alive's Kaitlyn Ross talked to his grandma about her driving guardian angel.

She said that whatever he sets his mind to, he does -- without hesitation.

So, when she needed help during a medical emergency last week, she had no doubt he would come to her rescue.

"He's an easygoing little fella. He loves to play outside," said Angela Brewer-Laye.

She and her grandson PJ spend a lot of time together outside.

He was with her last week when she was walking, about a mile and a half from her house.

"PJ always rides his four-wheeler or his go-kart or dirt bike while I'm getting exercise in," she said.

She said that she started feeling shaky and seeing spots in her vision -- the telltale signs that her blood sugar was getting too low.

"He noticed my demeanor, and right when I was about to go down to the ground, that's when he springs into action," she said.

She says PJ took off like a shot, while she tried to steady herself on the road.

She was out of it, but even during a medical emergency, she could appreciate how cool and collected he was behind the wheel.

"This child is only 11 years old and drives like a pro," she said.

She had to take a video of skills after she recovered because she couldn't believe how well he handled the car.

He rushed inside and got her some glucose tabs and a package of peanut butter crackers.

Then she asked him how he just did that!

She said her husband has asked him to move cars around in the yard before, but never in the street and never by himself.

She's just so thankful he was there.

"He's an extra special little boy! He has humble ways. And he doesn't ask for nothing in return," she said.

He might not ask for anything in return, but they knew they wanted to reward him for his bravery - so they took PJ out for his favorite - crab legs this past weekend -- both as a thank you and an early birthday present, PJ is turning 12 years old on Wednesday!