Kristin Smith and her fiance better get used to a constant drip from their kitchen ceiling, at least for a while anyway. 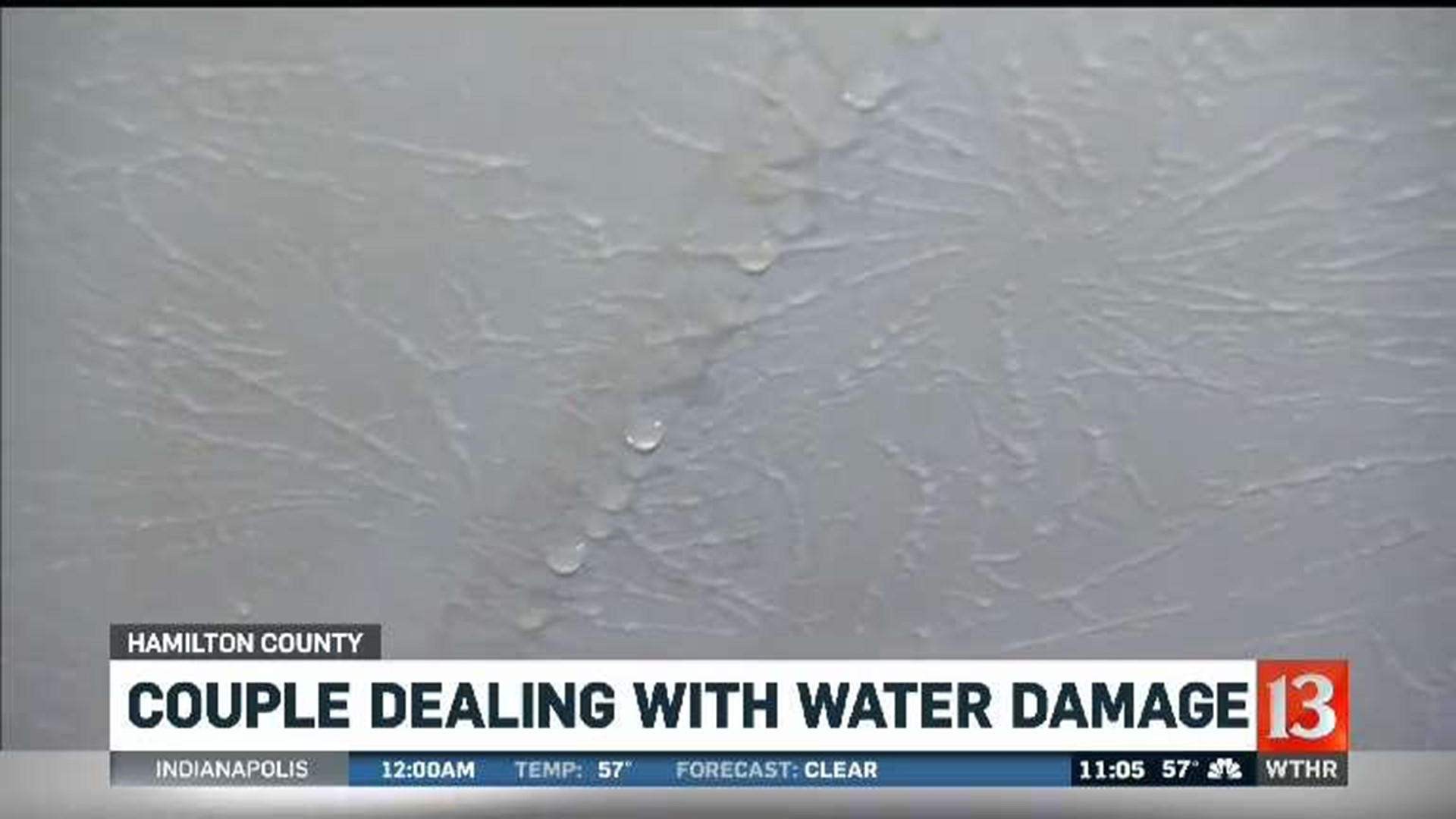 NOBLESVILLE, Ind. (WTHR) – Kristin Smith and her fiance better get used to a constant drip from their kitchen ceiling, at least for a while anyway.

"It just keeps dripping. It just won't stop," said Smith, who came home to a flooded first floor Friday afternoon, with water pouring out of the ceiling.

"Water everywhere. I could see every beam in our ceiling just popping through. It was a disaster," Smith explained.

The water even made its way into kitchen drawers after a valve burst on Smith's hot water tank upstairs.

Citizens Energy is taking the blame, saying they were doing valve maintenance work in the area when what they're calling a high pressure event happened in their water distribution system.

According to Citizens, the issue was isolated and pressure was returned to normal.

Citizens says its been sending people door-to-door to check on damage.

"I've been walking around pretty much for the past four hours on towels trying to dry up everything. There's so much water underneath this flooring cause we're on a slab that it's popping. It's still popping through. It's floating on water, right now," said Smith, pointing to the floor.

Smith and her fiance weren't the only ones impacted. Citizens estimates up to 100 homes in the Noblesville area were affected.

"It's ripping down walls. It's tearing up floors," Smith explained. "It's taking out your cabinets. This is going to be a process that's going to be awhile. I'm not one to complain but just deal with it."

If people are still having issues with their water pressure, they're being told to call the Citizens Contact Center at 317-924-3311.