Marion County officials are trying to make sure what happened in June doesn't happen from the November 2020 election. 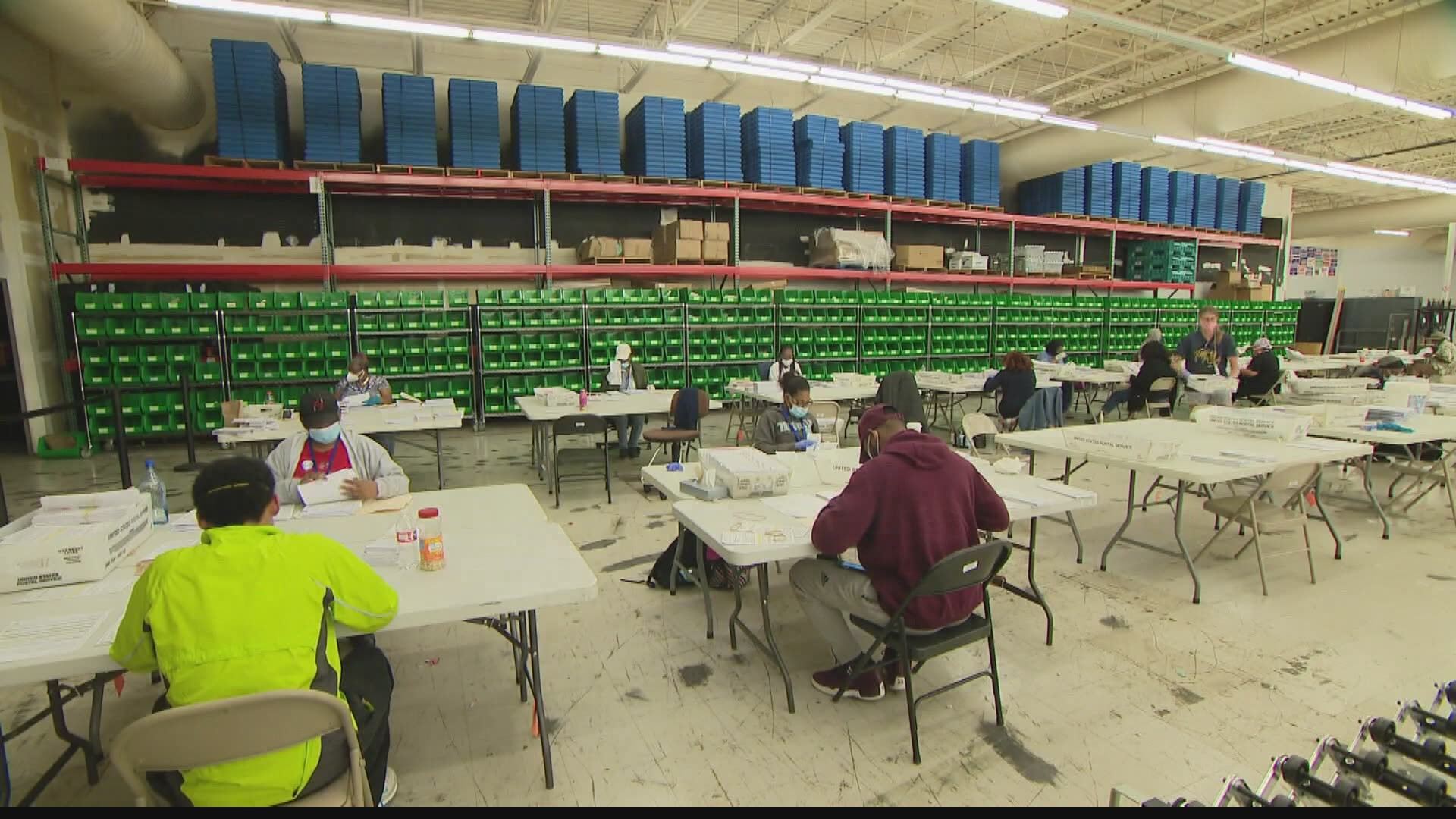 INDIANAPOLIS — In June, voters lined up for blocks and waited for hours to cast their vote. A mountain of mail-in ballots arrived late in the election process. Some were too late to be counted. Marion County election officials can't guarantee what occurred in the primary election won't be repeated again in November.

"What I can guarantee is we will have significantly more election day vote centers locations than we did in the primary election," Russell Hollis, the deputy director of the Marion County Clerk's Office, said.

There were only 22 polling places in the primary. According to Hollis, there  will be 100 to 200 voting centers in November. The final number will be decided next week.

In a typical primary, about 6,000 voters request absentee ballots.This year the number skyrocketed to 123,000.

"That crushed us," Hollis said.

To avoid another crush, absentee voters are encouraged to apply online right now.

RELATED: Ballot drop boxes seen as a way to bypass the post office

Voters should receive it in plenty of time to fill it out and mail it back.

To qualify, absentee voters must select one of 10 reasons listed on the application for not voting in person.

Lying is considered a crime of perjury, but it's doubtful anyone will question your response.

"It's practically impossible for us to verify the reason a person selected to vote absentee by mail," he said.

Ongoing protests against racism, the pandemic and a contentious presidential election appear to be motivating voters to get involved.

Election officials already have more than half of the 2,000 workers they need.

"There is a lot of enthusiasm regarding the election," Hollis said. "We are fortunate enough to capitalize on that enthusiasm."

They're hoping for an election day in November that isn't a déjà vu of June.