Three drivers pulled over to help an Indianapolis man who was ejected from his motorcycle after he hit a deer on I-65. 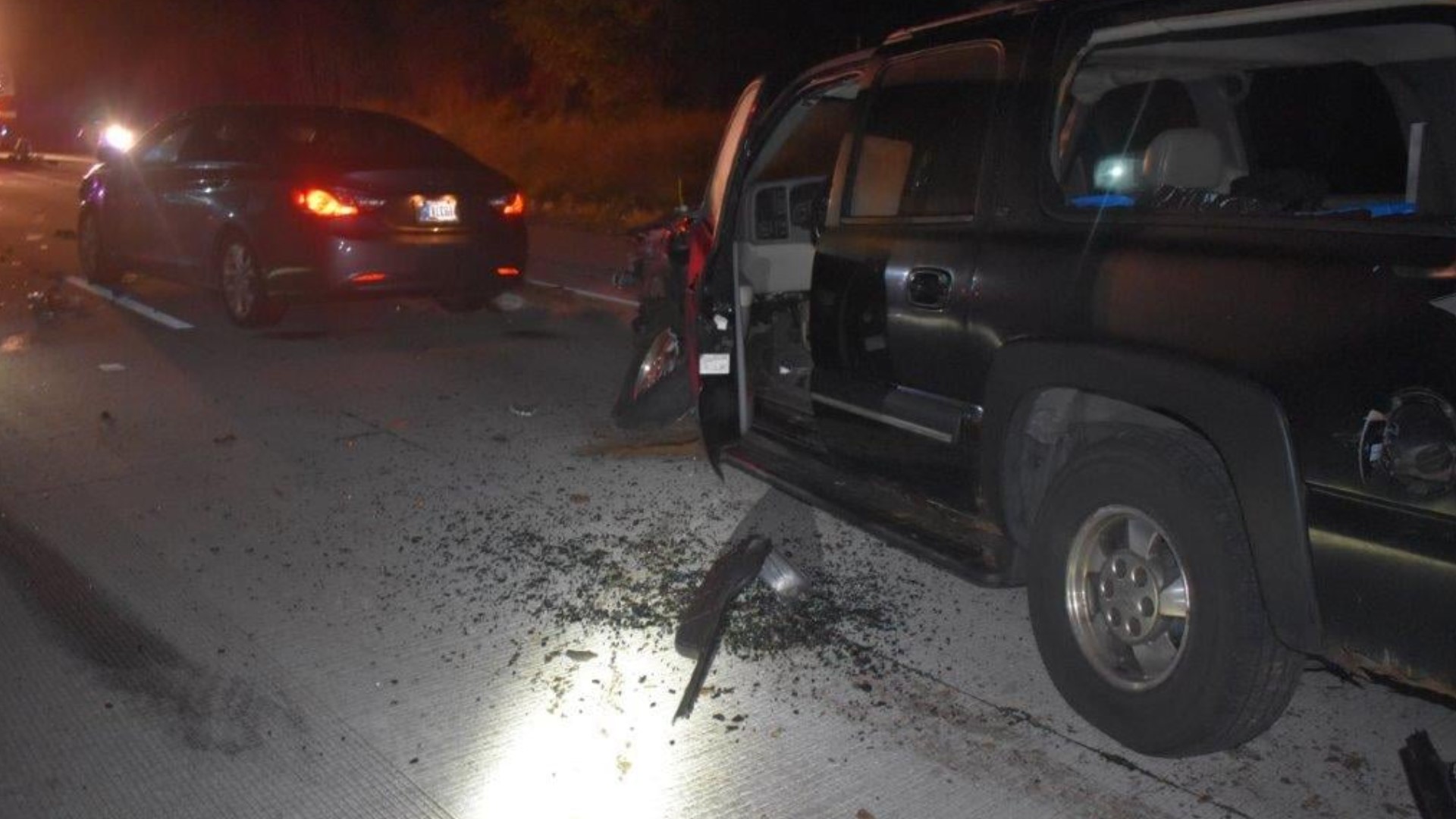 Marcus Grayson, 34, of Indianapolis, was riding his motorcycle northbound on I-65 shortly before 2 a.m. when he hit a deer and was thrown off. He was injured and lying in the road when three drivers who saw the crash stopped to help.

Todd Loquercio, 50, of Franklin Park, Illinois, and Jamila Jenkins-Newson, 43, of Indianapolis, parked their cars in the road. The third driver, Adam Whyde, 37, of Beech Grove, stopped his truck on the shoulder.

Meanwhile, a semi-truck driven by Lee Muller, 45, of Danville, Kentucky, was driving north on I-65. According to Indiana State Police, Muller tried to avoid the cars and people in the road, but his truck hit the two cars and Grayson's motorcycle that were still in the road.

Muller also hit Grayson and Whyde, who was in the road trying to help Grayson.

Grayson died in the crash. Whyde was seriously injured and flown to an Indianapolis hospital for treatment.

Loquercio was hit by debris and treated for minor injuries.

The northbound lanes of I-65 were closed for about four hours for crash investigation and cleanup.

ISP said toxicology results are pending and the investigation into this crash is ongoing.