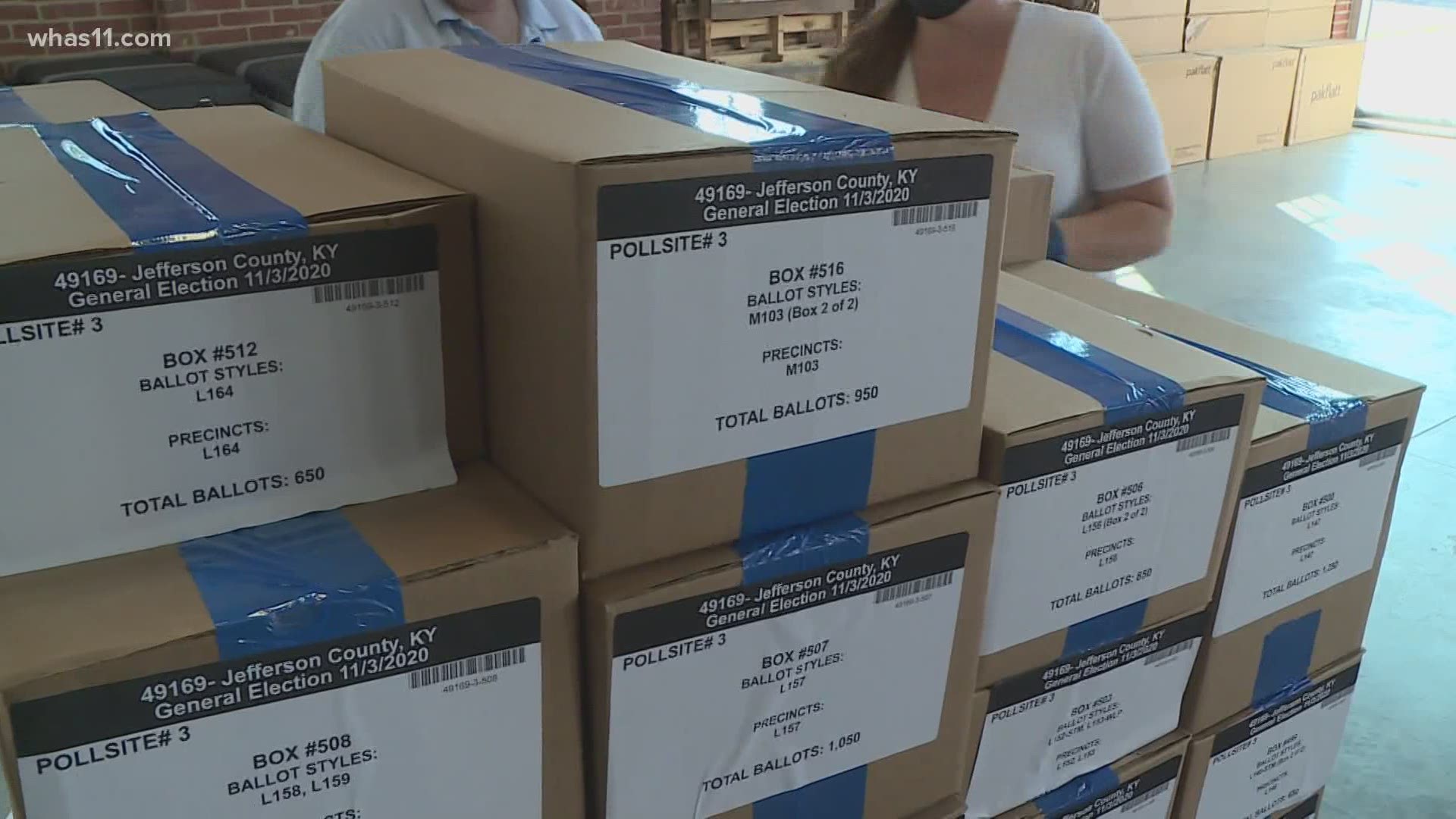 LOUISVILLE, Ky. — Crews in Jefferson County stacked and organized hundreds of boxes of ballots on Thursday at the Center for African American Heritage in Louisville. The site is one of four approved as early in-person voting locations in Louisville.

The location and others will open at 8 a.m. on Tuesday, Oct. 13. It’s not just a daunting task due to the unprecedented restrictions with COVID-19, Jefferson County has 1,520 different ballot types and the county clerk needed to find locations that could house all of the possible ballots needed by any single voter.

There are about 50 booths set up including nearly a dozen touch-screen machines. The workers have been pulled from places like the clerk's Shelbyville Road location which closed to add manpower to a massive mission.

But can they get everything in place on time?

“We have not [missed] a deadline yet in all of the years I've been with the clerk's office," said spokesman Nore Ghibaudy. “And so I feel very confident and I think the county clerk feels confident and the board that these things will be ready and they'll be done just on time.”

Just setting this site up could set the clerk's office up for failure if they don't have volunteers ready to man the polls. Ghibaudy said the early in-person sites are set.

“I believe that we have the four that will open on Tuesday booked solid all the way through Election Day. It's the other 16 that we're filling right now,” he said.

That's an estimated need of 2,400 people. Requests are still out and hopes are high that those volunteers will turn up, get trained and ready to be in place by Nov. 3.

In the meantime, the final touches will take a few days to complete.
But the most important aspect has arrived and that means 24-hour security to make sure those ballots stay tucked in safe until Tuesday.

"They don't sleep alone after tonight, as a matter of fact, we do have the Jefferson County Sheriff’s Department with them from this night all the way through Election Night," Ghibaudy said.

RELATED: Voter Guide 2020: Everything you need to know about voting in Kentucky

Make it easy to keep up-to-date with more stories like this. Download the WHAS11 News app now. For Apple or Android users