Officials in Kentuckiana optimistic results will be known on election night

This is 2020. So much unpredictable has happened so far this year but things are shaping up to give us some answers as soon as polls close or shortly thereafter. 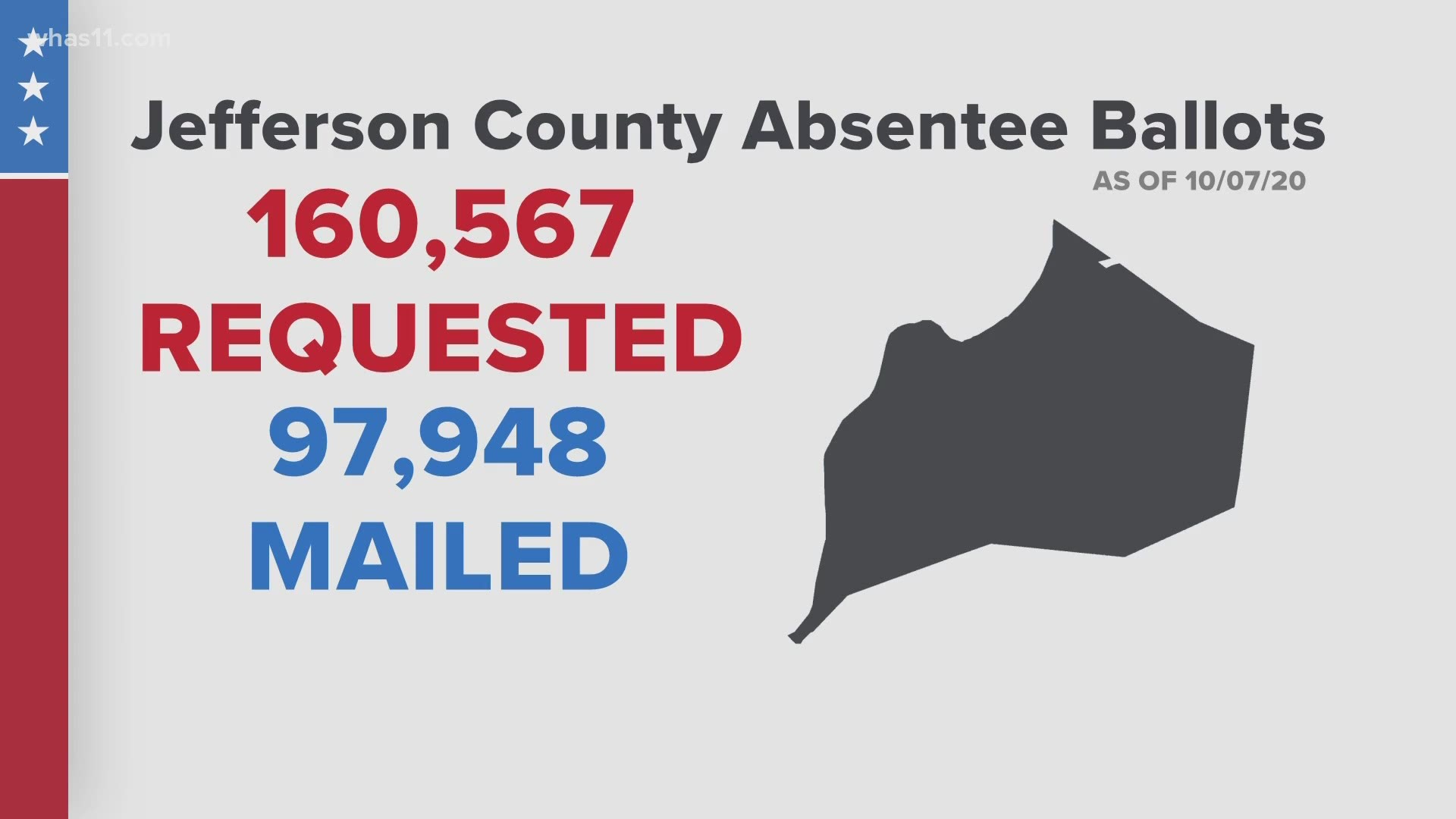 Election officials on both sides of the Ohio River offer optimism for those worried that the craziness of 2020 will linger beyond Election Night.

And while it's anyone's guess as to whether we will have results of the Presidential race that night, there is hope that local results will paint a more clear picture before your head hits the pillow on November 3.

“We are hoping that we will know that night here in Floyd county," Floyd County Clerk Danita Burks said.

Of course, this is 2020. So much unpredictable has happened so far this year but things are shaping up to give us some answers as soon as polls close or shortly thereafter.

Early voting began in Indiana this week and it begins next Tuesday in Kentucky. Absentee ballots are flying out and in to Clerk's offices. Jefferson County, Kentucky updated its numbers Wednesday.

They claim to have received 160,567 absentee ballot requests. More than 97,948 ballots have already been mailed to voters. Indiana law does not allow any counting to take place until 6am on Election day.

In Kentucky, clerks can begin processing now but they are not allowed to start calculating totals. “While, yes, they have the ability to start that tabulation process, those results won't be available until after election night”, said Jared Dearing, Kentucky Board of Elections Executive Director.

Mr. Dearing insists that means no early results, but it should give clerks a head start on machines that can calculate and spit out results as soon as polls close.

“We will know how many ballots have come in, how many ballots have been scanned, but so far as the numbers for the candidate they will be fed out on election day”, Nore Ghibaudy told us. Indiana Clerks are checking absentee ballot signatures now but the 6am Election Day law means that they can only prepare now for what will be a busy day and night.

Clerk Burks reiterated, “I can't speak nationally but locally, yes, I think that that day I think we should have some hard numbers.”