Bureaucracy at the VA, along with the pandemic, left him deserted – until the KVUE Defenders got involved. 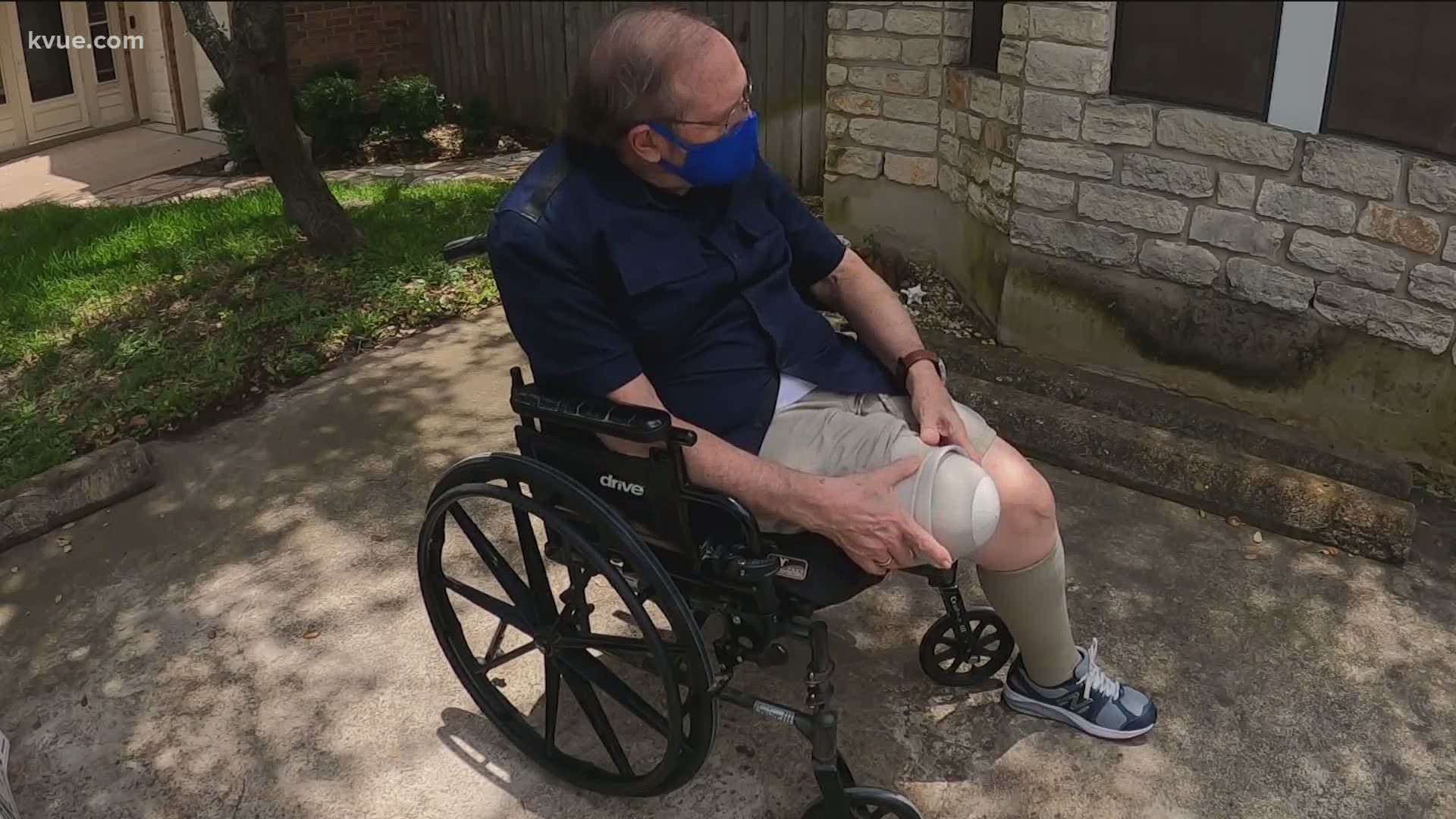 AUSTIN, Texas — A state-of-the-art prosthetic leg is what freedom looks like to Cliff Harrison.

"If you sit in this chair long enough, you'd understand," he said. "I feel very confined."

Harrison lost his right leg last year after a bad fall led to an infection and messed up his knee replacement. But he has no doubt, no doubt at all, that he will rise again.

This will be the second time he's had to reteach himself to walk.

About eight years ago, Harrison was paralyzed from the waist down with an illness called transverse myelitis.

"With some help from physical therapists, I got to walk, actually walking again," he told KVUE.

The Vietnam veteran has the willpower; what he's missing is a powered chair.

An arm injury makes his arm too weak to allow him to stand up and train on his new leg like he once could.

Veterans Affairs ordered him a motorized chair to let his arm heal, as well as a new manual wheelchair once it does.

He said someone at the VA told him in May both chairs were ready at the VA in southeast Austin, but because of COVID-19, "They said that the place is closed, that's it."

Ever since, Harrison has been trying to get the chairs.

"I talked to my doctor. I talked to the VA rep. I've talked to everybody I can," he recalled. "I can't get anybody to care about it."

Harrison added, "I don't know who to call next, so that's why I called you guys."

The day after KVUE contacted the VA, Harrison started getting calls. He found out the chairs weren't sitting somewhere in the Austin complex after all. In fact, work on the customized power chair hadn't even gotten started.

"Confusion came from the fact that there were multiple chairs," said VA spokesman Canaan Brumley, who said the pandemic played a part as well.

Single mom, broke because of coronavirus, says creditor won't cut her a break

But confusion now cleared, Brumley said everything was on track.

"As soon as it's ready, I'm personally going to make sure that he receives that chair," he said.

Brumley thought it would take five weeks, but exactly one week later, there was a special delivery.

"To get it so fast after I talked to Mike [Rush] was just amazing," he said.

The power chair arrived, along with the new manual chair, which puts the man who got a college degree in his late 60s and, at 72, still wants to work, "to be able to help contribute to my family" one step closer to exercising his freedom.

"KVUE was a lifesaver," he said. "The Defenders took care of me and I thought this was just what I'd hoped would happen. I had no idea."