Craig Vogt said there were boxes of face masks marked "Not for medical use" in the supply room of the emergency room at Roudebush VA Medical Center. 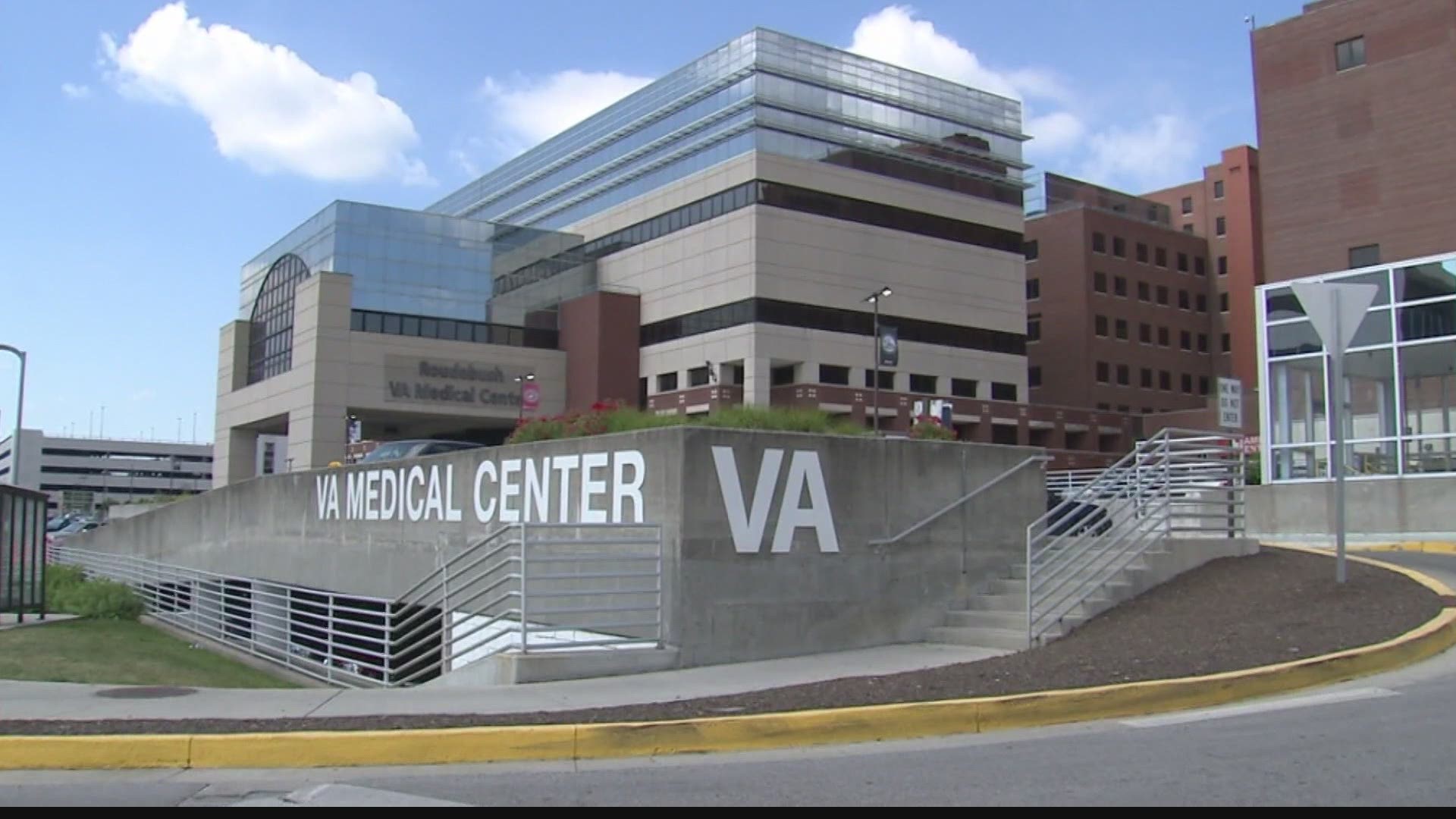 A crisis looms inside the Emergency Department at the Roudebush VA Medical Center. Frontline workers there can't believe they're facing the COVID surge with a dust mask for protection from the disease.

The workers do have goggles or face shields, but they tell 13 Investigates what covers their mouth and nose most fails to meet standards.

"They don't look the same, they don't look right. There's no seal around your nose, which lets air in," said Craig Vogt, describing the masks he and others are expected to wear.

Vogt is a Registered Nurse, and now a federal whistleblower. He said medical staff are so worried about infection, they've resorted to stealing certified surgical masks that are locked away in other areas of the hospital.

"We kind of in a way became a 'black market' operation, unfortunately, to get the protection needed," Vogt said describing the desperation. "I mean this mask, piece of fabric is the only thing protecting us."

For months Vogt has raised questions about the quality of replacement masks shipped to the VA. He finally put his finger on the problem when troubling descriptions surfaced about the masks both in and outside of the boxes.

What he found prompted formal complaints to OSHA and the Department of Labor, as well as the VA Inspector General's office.

"I found this in the box and you can see where it says in English 'non-medical use,'" Vogt explained as he displayed the insert to 13 Investigates.

Credit: Craig Vogt
Masks at Roudebush VA Medical Center contain an insert that translates in part to "non-medical use".

Vogt said there were boxes of face masks marked "not for medical use" in the supply room of the emergency room at Roudebush.

"Please do not use the masks that have 'not for medical use' labeled on the box, please set aside," she wrote.

But Vogt said that addressed just part of the problem. The VA got new boxes, but based on the inserts, Vogt said it's still the same product.

"The other ones are the exact same Chinese-rated dust mask. They're not approved for medical use, even in China," Vogt said with dismay.

According to VA emails, the masks are supposed to be equivalent to level one masks sold worldwide. 13 Investigates turned to the agency that sets those worldwide standards — ASTM, formerly the American Society for Testing Materials, is now known as ASTM International.

"Level one doesn't mean you're not going to be protected from splashes or sprays," Smit told 13 Investigates, referring to the liquid particles that spread from a sneeze or casual conversation.

In fact, she said all ASTM-rated masks have been improved since March to protect against blood and bodily fluids. That is a higher standard than European-rated face masks, which only provide that kind of protection in its highest-rated covering.

Still, according to Smit, level one masks are typically for sick patients or low risk health care environments. She said respirators are best in high risk hospital settings because of the snug fit.

"The small particles can wrap around the mask and be inhaled from the sides because the mask isn't fitting fully to the face like respirators do," Smit explained.

So how did the masks get into the VA supply chain?

The answer goes back to the height of the pandemic when the government was scrambling to buy more PPE. The nation was facing a supply shortage. Normal rules were bypassed and there were few checks and balances.

The FDA also lifted some of its restrictions that allowed face masks based on China's standards to be used if certain criteria were met.

But the May guidance from the FDA said basic face masks were not to be used as PPE.

"I think the VA probably thought they were purchasing masks from a supplier that said they were adequate. And then the failures occurred when no one verified all these claims," Vogt added.

A congressional subcommittee on the coronavirus crisis found dozens of contracts for PPE were awarded. Some of the contracts raising questions on whether they were approved based on political connections instead of competition and experience.

"It's scary. It really is scary," Vogt said in response to the lack of oversight.

AvMedical is one of the companies under investigation. Research data compiled by Propublica collected from USA Spending.gov shows AvMedical, a new startup in Tennessee, received more than $20 Million dollars in PPE Contracts.

AvMedical is the same company that bragged about shipping 1.2 Million masks to Roudebush in April.

Colin Reed with the The Levinson Group in Washington, said his firm represents AvMedical.

In a statement to 13 Investigates, Reed said:

“Nothing is more important to AVMedical than the quality of our products and the safety of those who use them. The products provided to the Roudebush Department of Veterans Affairs medical treatment facility were tested, and met or exceeded the ASTM level one standards.”

The statement did not provide specifics about the masks sold to Roudebush, nor the type of testing.

In a published report from May, the company confirmed AvMedical was importing masks from China, and had plans to start manufacturing their own masks in the coming months.

In a letter to its CEO, Congressman James Clyburn wrote:

"The Department of Veterans Affairs (VA) has awarded more than 20 contracts ...many of them without competition, to AvMEDICAL," he said, carefully pointing out that the contracts were awarded just weeks after political contributions of $85,000 were made to the Trump campaign and the Republican National Committee.

According to Clyburn, Troy Mizell, "previously served as CEO of another contractor… which the VA Inspector General concluded...had 'misrepresented that they (were) a pharmaceutical manufacturer…''

13 Investigates has confirmed complaints about the masks sent to Roudebush have also reached the Congressional Coronavirus Crisis sub-committee.

"I have a 4-month-old, a 5-year old, a wife (and) like the guilt of bringing home an illness and giving it to them would be overwhelming, let alone what it would do to me," Vogt told 13 Investigates.

It's why he wants the Department of Veterans Affairs to ban the masks distributed to Roudebush, and possibly other VA facilities, immediately and provide frontline workers the protection they deserve.

"We don't have six weeks and we can't keep stealing what we need," Vogt said.

Officials from VA Roudebush told 13 Investigates the facility has adequate PPE and supplies to meet demand. But a spokesman had no comment about the masks nor safety of the frontline workers expected to use those masks.