Mailboxes disappearing across central Indiana is causing an outcry amid nationwide concern over "mail-in" voting this November. 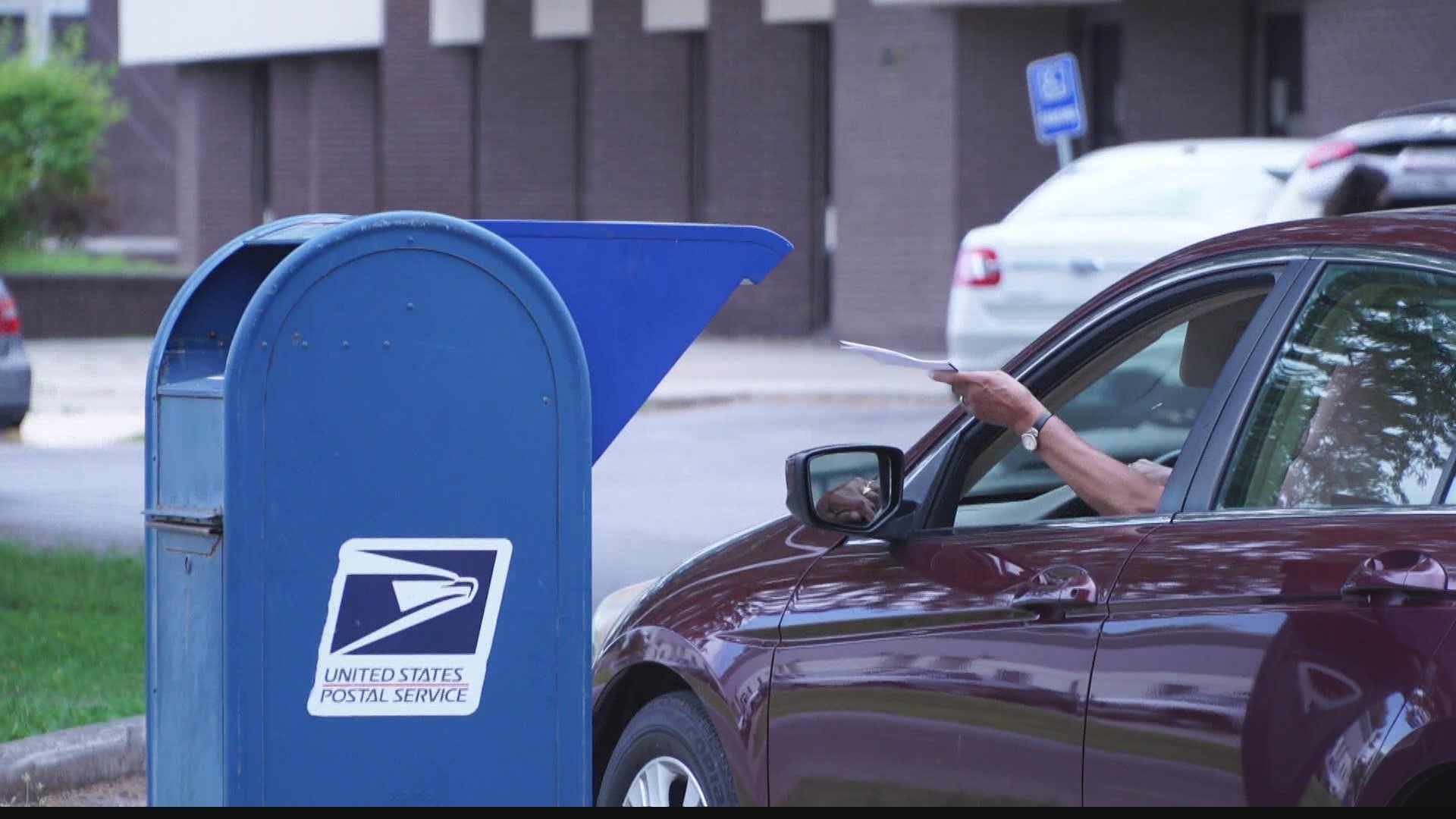 INDIANAPOLIS — Mailboxes disappearing across central Indiana is causing an outcry amid nationwide concern over "mail-in" voting this November.

13 Investigates went looking for answers into the sudden removal of these "drop-off boxes" and reports on the promise to put an end to the removal activities, at least for now.

Cars lined up at one of the busiest mail drop boxes in the city.

"I've got to bring it here or one of the street boxes," one motorist told 13 Investigates from his window.

"That's where a bigger one used to be," said Leroy Munger, as he pointed to an empty slab.

One of the boxes was replaced just in time for Monday morning traffic.

It all comes on the heels of a nationwide uproar over the removal of boxes and high volume processing machines in several states.

"This is the nearest one. They've taken out all the other ones. Not all of the other ones but I could name eight," added John Hayden of Indianapolis, who has watched boxes pulled from neighborhoods over the last year.

And now both the USPS and the local President of the National Association of Letter Carriers are getting inundated with one pressing question.

"Was it some type of conspiracy thing to erode the efficiency of the postal service particularly as we are coming into the election?," said Toms reciting the recurring question.

It's also a hot political topic at the Statehouse.

But according to the USPS, there is no conspiracy.

Mary Dando, a USPS spokeswoman told 13 Investigates in a statement:

"The Postal Service reviews collection box density every year on a routine basis to identify redundant/seldom-used collection boxes as First-Class Mail volume continues to decline. Based on the density testing, boxes are identified for potential removal and notices are placed on boxes to give customers an opportunity to comment before the removal decision is made.  This process is one of the many ways the Postal Services makes adjustments to our infrastructure to match our resources to declining mail volumes."

"If there's a box out somewhere and it's only getting a couple of letters it's not efficient to have that box. It's not necessary," agreed Toms.

But at the Bacon Station Post Office, just blocks from the union where traffic is steady, Toms said he was told the boxes there were vandalized. Still only one of the two boxes has been replaced.

Toms also told 13 Investigates drop boxes in the 46204 zip code downtown in closed office buildings were removed due to a lack of public access.

Now there's talk of postponing any further action when it comes to USPS operations.

But it appears the Greater Indianapolis District is taking it a step further.

"Given the recent customer concerns the Postal Service will postpone removing boxes for a period of 90 days while we evaluate our customers concerns," added Dando.

That means the USPS is promising not to remove any more boxes until mid-November and well after the presidential elections have concluded.