The smell of new paint, the glow of newly-repaired lights and the shine of a recently-polished floor suggest there are much bigger things planned for what used to be Ground Zero of a management scandal that rocked Grant County Rescue Mission. 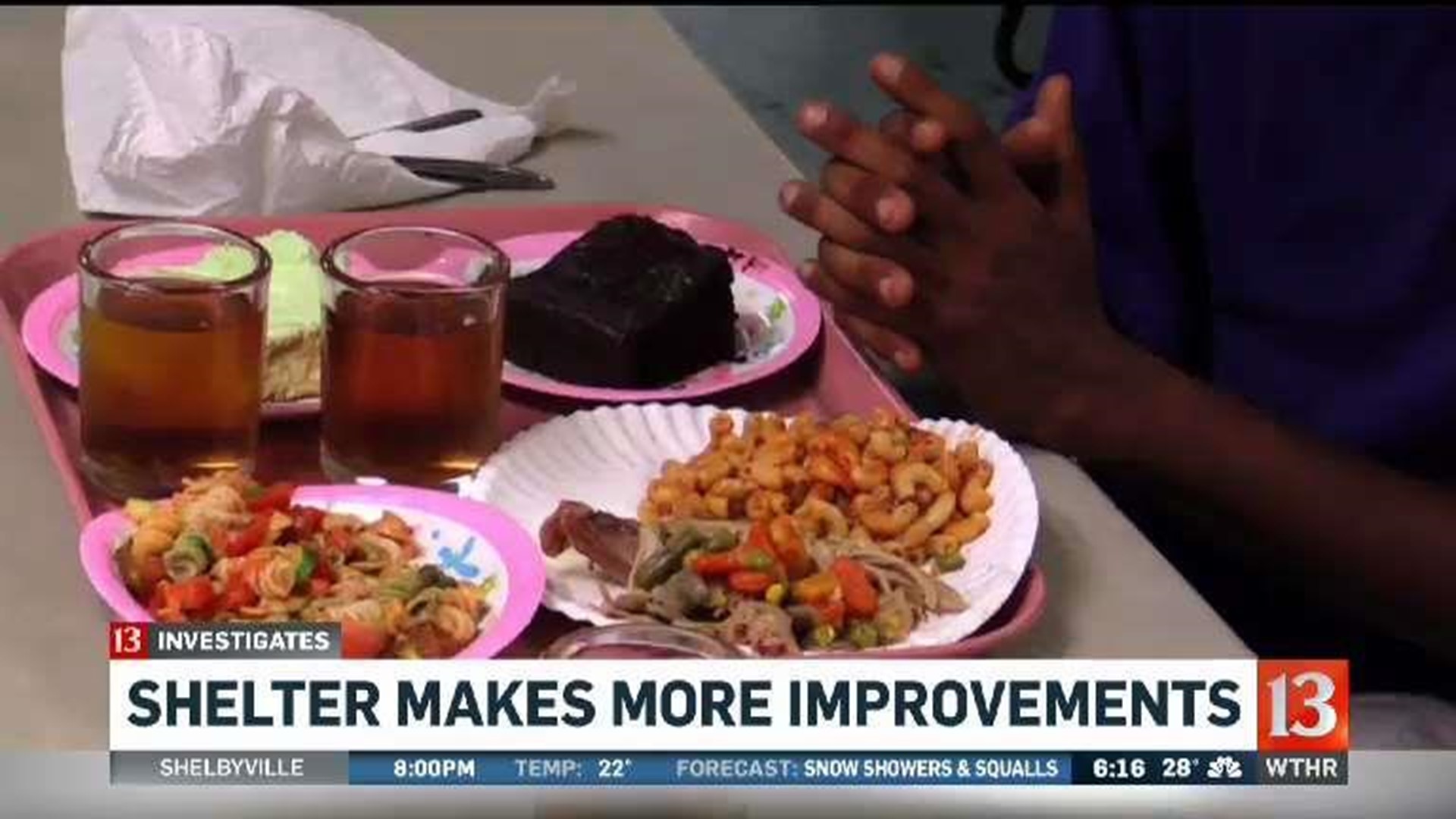 The transformation is so dramatic, some parts of the Rescue Mission are no longer recognizable when compared to the images exposed by WTHR last spring.

That's when 13 Investigates showed a filthy, neglected homeless shelter overrun with rodents and bedbugs. Inspectors found deplorable conditions that warranted intervention by the state health department. The Rescue Mission was forced to destroy mountains of donated clothes, food and other items that were stockpiled in a massive second-floor storage area because the forgotten donations were badly contaminated and infested.

Twelve months later, the second floor now sits completely empty. The smell of new paint, the glow of newly-repaired lights and the shine of a recently-polished floor suggest there are much bigger things planned for what used to be Ground Zero of a management scandal that rocked the charity.

"A lot of effort went into this — lots of elbow grease, that's for sure," explained executive director Rick Berbereia, who proudly guided WTHR on a tour of the facility.

Berbereia has been on the job for two months. He was hired to replace former executive director Tom Ballard, who resigned after 13 Investigates showed he and other charity leaders ignored widespread problems at the homeless shelter and were re-directing food intended for homeless residents to themselves, their family and friends.

Since then, new staff, new board members and an army of new volunteers have been busy fixing and cleaning the Rescue Mission. Their progress is so significant, the second floor storage area may soon be turned into a new chapel, kitchen and dining hall for the homeless — replacing much smaller facilities now located in the basement.

At the same time, donations of food, clothing, furniture and household items are starting to increase as the Rescue Mission re-builds trust with the community.

During a recent visit, WTHR saw two couches and a truckload of chicken donated to the homeless shelter.

The charity is also building new partnerships with local food pantries and other organizations to share donations and to make sure donated food gets to the mouths of Grant County residents who need it most.

"People always ask me every day 'So, what's going on at the mission. How's things going? Are you getting it cleaned up?'" Berbereia said. "Yeah, we're progressing. We're not nearly where we want to be, but we're getting there."

The new director says he isn't content with simply transforming the Rescue Mission's aging building. He also wants to transform the lives of the residents who live there.

"We have some of these people who've been here for two or three years, and I really feel that the Mission is doing a huge disservice to them," said Berbereia. "You come in here for a meal and then for a bed, and that's all you get? I don't think that's rescue at all."

He's referring to a problem 13 Investigates heard from residents at the homeless shelter a year ago, when WTHR first launched its investigation. They told Eyewitness News the Grant County Rescue Mission offered them no counseling, job training or life skills programming to help homeless residents regain independence and to transition to a more stable situation.

That will soon change — thanks to addiction counseling, work training, conflict management and spiritual classes that will begin this spring.

"I love seeing men become the husbands and fathers that they were always created to be," Berbereia said. "I know we can't do that as well by just offering them a meal and a bed, so I want to offer them a life change program. We need to rescue these people, but then we need to give them something that they can go back out into the community different. We're trying to make a difference here."

Despite tremendous progress, the charity is still dealing with what the new director refers to as "bad decisions and terrible choices" made by the charity's former administration — especially surrounding finances.

Much of the paperwork, receipts and ledgers that are both expected and required of a non-profit organization are missing, according to the charity's new in-house accountant.

The Rescue Mission has hired an outside company to conduct a thorough audit of the charity's finances – something that has not happened in at least twelve years – and that audit has been ongoing for months. Results and recommendations are expected to be released sometime this spring.

New management at the charity has pledged transparency as WTHR continues to search for answers about what happened to more than $7 million in public donations to the Rescue Mission over the past decade.

Following WTHR's "Charity Caught on Camera" investigation, Indiana's attorney general launched a separate investigation to examine whether donations to the Rescue Mission had been misappropriated by the charity's former leaders.