The best time to get your flu shot (Hint: It’s not right now)

According to the U.S. Centers for Disease Control and Prevention (CDC), waiting another month or two to get your flu shot can have a legitimate benefit. 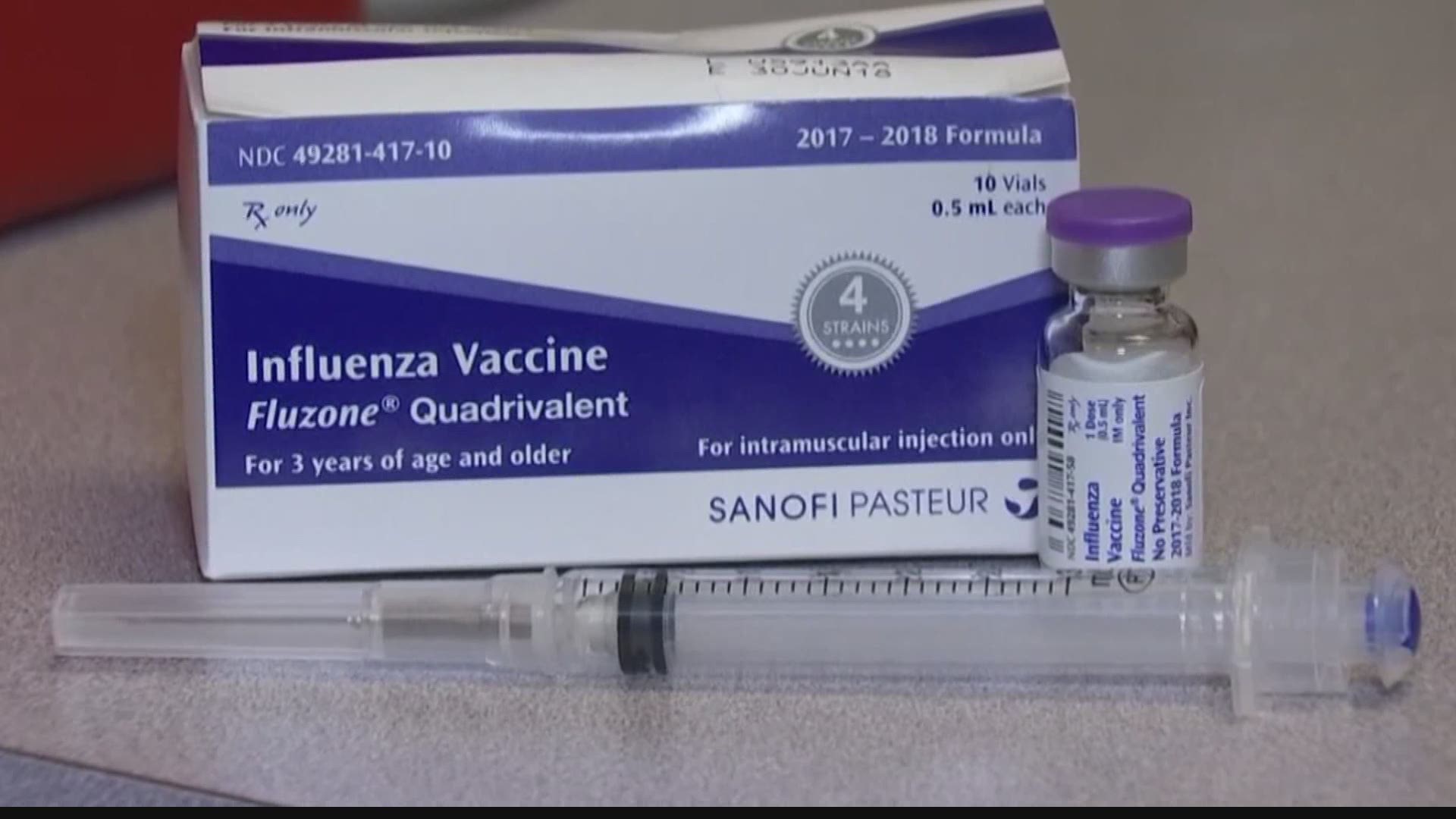 “FREE flu shots for the whole family” reads a sign greeting customers walking into a northwest side CVS.

Across the street, Walgreens is offering its customers a $5 coupon toward any purchase if they get a flu shot.

Credit: WTHR
A Walgreens sign in Indianapolis offering $5 off a purchase if you get a flu shot.

If you think it seems a little early to be getting vaccinated for influenza, you’re right. Summertime – considered the one time of year when flu is not a significant concern in the United States – is not prime flu shot season for a reason.

According to the U.S. Centers for Disease Control and Prevention (CDC), waiting another month or two to get your flu shot can have a legitimate benefit.

"Getting vaccinated early (for example, in July or August) could be associated with reduced protection against flu infection later in the flu season, particularly among older adults," says the CDC’s flu prevention website.

When the flu shot is recommended

The CDC suggests everyone over six months old receive a flu vaccine every year – even though the federal agency admits a flu shot has only limited effectiveness in preventing the spread of the seasonal virus. Last year, the vaccine was 45 percent effective in preventing flu among those vaccinated.

When you receive your vaccine helps determine when your immunity begins and how long it lasts.

So what's considered the best time to get a flu shot?

The CDC says you should definitely get it well before the peak of flu season, which most often takes place sometime between December and February, but can happen as late as March. Since it takes a few weeks for the vaccine to create antibodies that protect you from influenza, the CDC strongly recommends you get a flu shot by the end of October.

“The ideal situation is to start vaccinating in the September-October time period because that's when we're used to getting it. But if you get it earlier and it only makes sense for you to get it earlier, that seems very reasonable to me,” said Dr. Cole Beeler, the director of infection control at Indiana University Hospital. “August? I’d say that’s a little early.”

Advantage to getting vaccinated sooner

Beeler said there are, however, several reasons getting a flu shot now is not a terrible idea. First, flu is not limited to fall and winter. In fact, he said it’s not unusual to start seeing some influenza cases in late summer.

“We're starting to see flu already in very small amounts in some hospitals,” Beeler told 13News. “We know we are soon going to start seeing more and more flu, and the more people we can protect now, the better.”

More important, this year’s flu season will take place during the COVID-19 pandemic still impacting all regions of the United States. Common symptoms of both viruses can be almost identical, and the infectious disease doctors said that causes a big dilemma.

“If you start getting sick with flu symptoms, you won't to be able to tell if it's flu or COVID,” he said. “You don't want to be a position where you're sick [and] you don't know if you need to quarantine your loved ones or not. Do you keep them home from school? Do you set up testing for everyone? Those are complex decisions to make, and it would be much better to just prevent the influenza from clouding the clinical presentation you might have and prevent you from getting sick in the beginning and worrying about maybe having COVID.”

He believes patients who can wait to schedule their flu shots in September or October will be in a position to receive optimal protection well before the peak flu season hits central Indiana. But he believes those who schedule their vaccines sooner will also benefit from the immunization and do not risk forgetting to schedule a flu shot later.

“Forgetting is what we want to avoid because flu is bad each year, and I don’t think people really realize how much flu utilizes ICUs in our hospitals and actually kills people. We don’t want to get in that situation we were in a few months ago where the ICUs are at high capacity for flu and also dealing with COVID since they both utilize the same hospital resources – isolation, gowns, gloves, ventilators, masks – and we don’t want to be competing between those two viruses. That means we need to prevent both as much as possible.”

For those interested in getting a flu shot this fall, Beeler suggests scheduling an appointment now or creating a calendar reminder to help ensure they do not forget.