An out-of-state environmental group claims Indiana regulators are breaking safety rules and rushing to test homes in Franklin where toxic vapors were discovered. 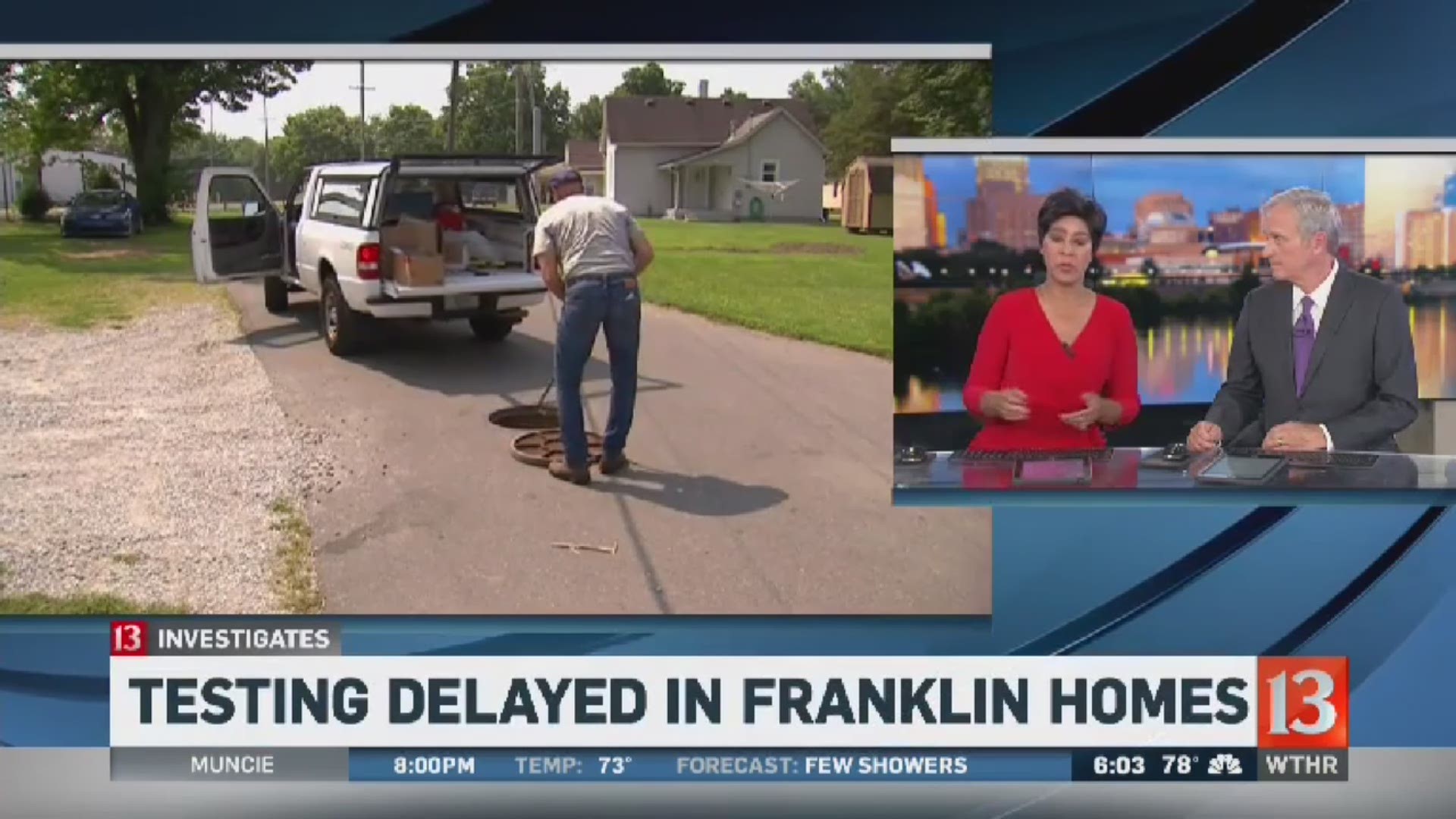 It means homeowners awaiting testing are caught in the middle and their testing delayed.

But Shannon Lisa, the project director at EWA, said her organization received less than a day's notice for the planned sampling that was supposed to take place Tuesday. Worse yet, Shannon said the Indiana Department of Environmental Management does not have the required work plans to move forward.

There's no question, Jennifer Clark wants her home re-tested. She said so at a recent community forum in Franklin.

"Are you agreeing to let Edison Wetlands Association in on that and how transparent are you going to be with the results of the testing of my house?" she questioned IDEM Commissioner Bruno Pigott to the applause of hundreds of people.

"I wanted specific answers to our home and how are we going to figure this out," Clark told 13 Investigates during an interview a week ago.

But the Clarks and another family with high levels of toxins are now left in a lurch due to a breakdown between IDEM and EWA.

EWA claims the state is putting on "a slipshod," "last minute" investigation and failing to follow basic rules, according to Shannon Lisa.

In an email obtained by 13 Investigates, Kevin Davis, IDEM's project manager, said that agency is "ready to conduct the samplings but is now delayed waiting on Mundell." The project manager asked, "Do they have the ability to mobilize Wednesday?"

Shannon Lisa told 13 Investigates even if the Mundell Team rushed to get its equipment calibrated for the testing, it would not go forward, because IDEM has "no written work plan, nor a Health and Safety plan required by OSHA. The federal Occupational Safety and Health Administration. EWA says that plan is important to protect both the homeowners and contractors.

"It's been almost two months since our house was first tested and here we are," said Clark who had hoped to have answers by this time. She is now filing her own complaint over IDEM's handling of the testing.

13 Investigates asked IDEM whether it had written work and health and safety plans. The agency did not answer our question directly. Instead a spokesman issued the following response:

"All IDEM field staff receive required (OSHA) Hazwoper 8-hour refresher training annually in addition to their initial base training of 40 or 24 hours depending on their specific job duties. We're happy to work with EWA and have proposed sampling dates for the remaining two homes. To date, they have not accepted or proposed alternative dates. IDEM is ready to mobilize immediately."

EWA also says it's committed to retesting all of the homes from its initial sample and asked IDEM to produce a copy of its plans.